The total market value of BlackRock's holdings reached $3.928 trillion at the end of 2021, up 12 percent from $3.5 trillion in the third quarter.

Shares of NIO, XPeng, and Li Auto are only a very small part of BlackRock's position, ranking 354th, 613th, and 645th in the position, respectively.

In the fourth quarter of last year, NIO was down 11 percent, XPeng was up 41 percent, and Li Auto was up 22 percent. 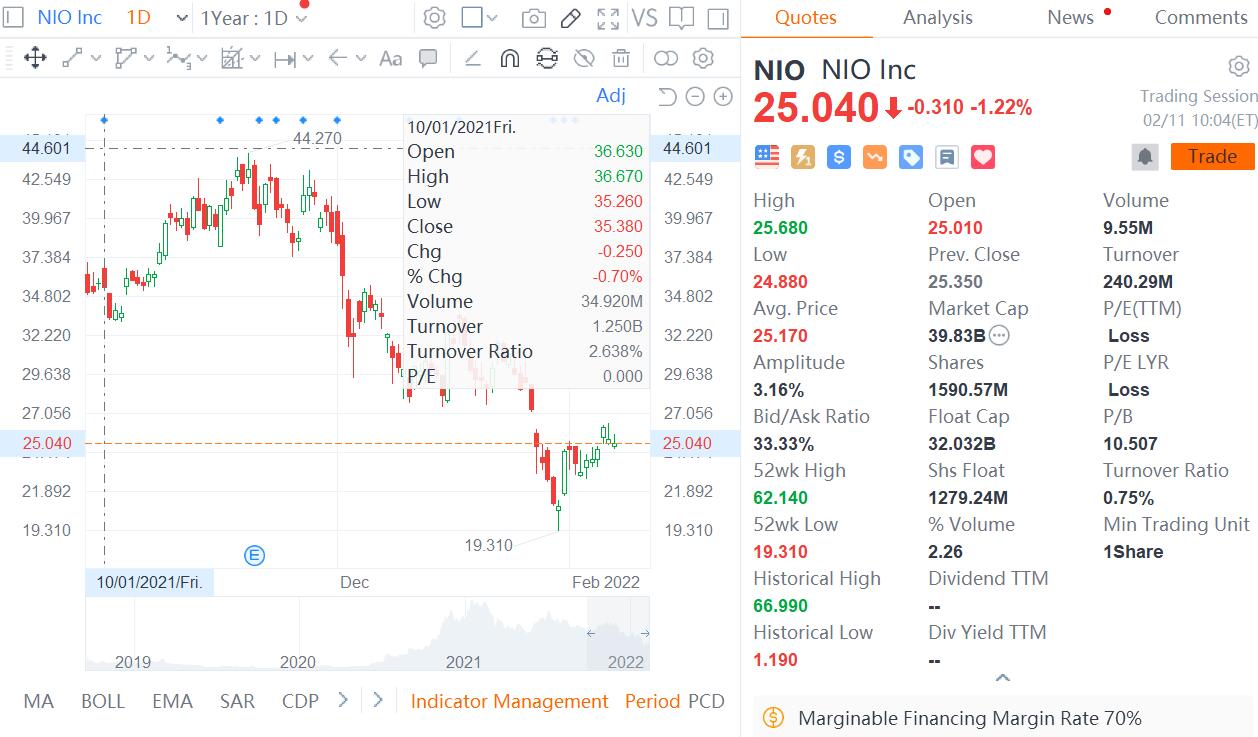 In addition to these three new energy vehicle makers, BlackRock also holds shares of Chinese companies including Alibaba, JD.com, Baidu, Pinduoduo, and Futu, with its position in Alibaba doubling at the end of the fourth quarter compared to the end of the third quarter.