Gotion will work with Volkswagen China to build the next generation of world-leading batteries, the company said.

Gotion High-tech aims to become one of the top three power battery suppliers in the world, the Chinese power battery giant said today in a response to an investor question.

Earlier this month, Shenzhen-listed Gotion was asked by investors whether its position as a majority-owned subsidiary of Volkswagen was a real contribution to the development of the German auto giant's new energy vehicle (NEV) business.

In a response today, Gotion said that in its strategic partnership with Volkswagen China, the two sides are using equity as a link to leverage their respective strengths.

The management of both parties share the same goal and are committed to enhancing the company's core competencies in the field of batteries, Gotion said.

"In the future, the two companies will work together to build the next generation of world-class batteries with the goal of making (Gotion) one of the top three power cell companies in the world," it said, adding that "the company's standard cell development program for Volkswagen is progressing well."

Gotion ranked eighth with a global market share of 2.1 percent from January to November, the data showed.

Gotion is China's No. 4 battery maker with a 5.2 percent market share in 2021, according to data released earlier this month by the China Automotive Battery Innovation Alliance. 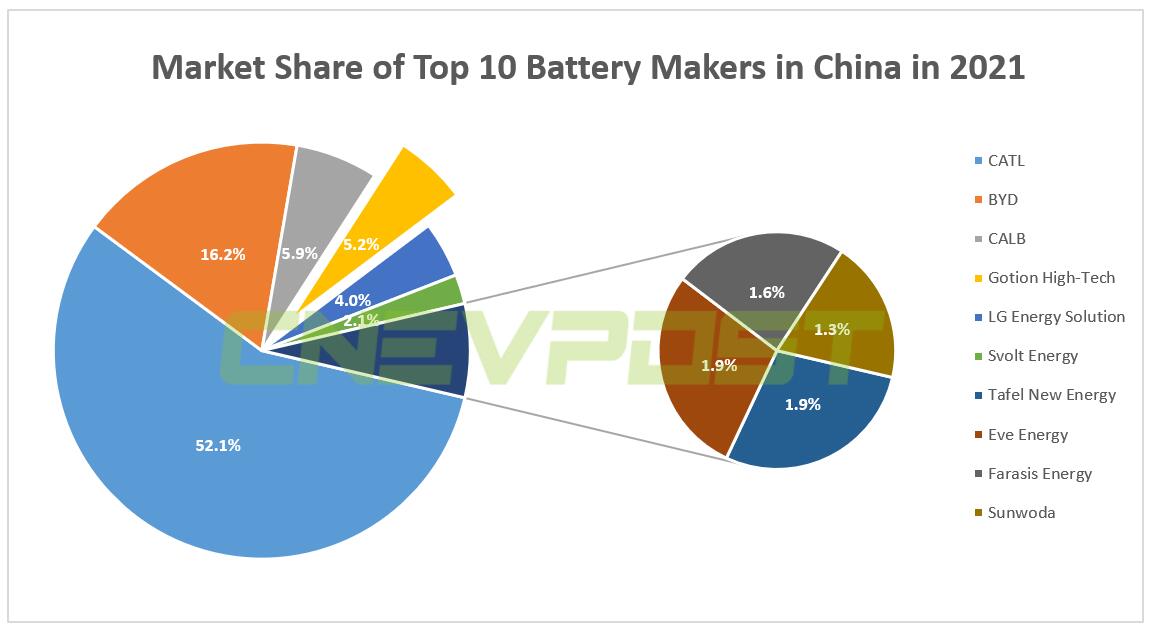 On July 12 of last year, Gotion signed an agreement with Volkswagen to develop the first generation of standard cells for the latter's regular production models.

In mid-December, Gotion's private placement of shares to Volkswagen China was registered, increasing the latter's shareholding in Gotion to 441 million shares or 26.47 percent, making it the largest shareholder.

The shareholding held by Gotion's chairman Li Zhen and his concerted action partners dropped to 18.17 percent, making him the second-largest shareholder of Gotion, but Li is still the effective controller.

According to Volkswagen China's previous commitment, it will relinquish some of the voting rights it owns for at least the next three years to ensure Gotion's sound development, leaving Li as the shareholder holding the first largest voting rights in the company.

Soaring demand for lithium has led to a sustained rise in the metal's price over the past year, amid rapid growth in the electric vehicle industry.