Tesla China sales reached a record 70,847 units in December, up 197.6 percent from a year ago and up 34 percent from 52,859 units in November, according to data released today by the China Passenger Car Association (CPCA).

The breakdown of Tesla's China sales is currently unavailable. 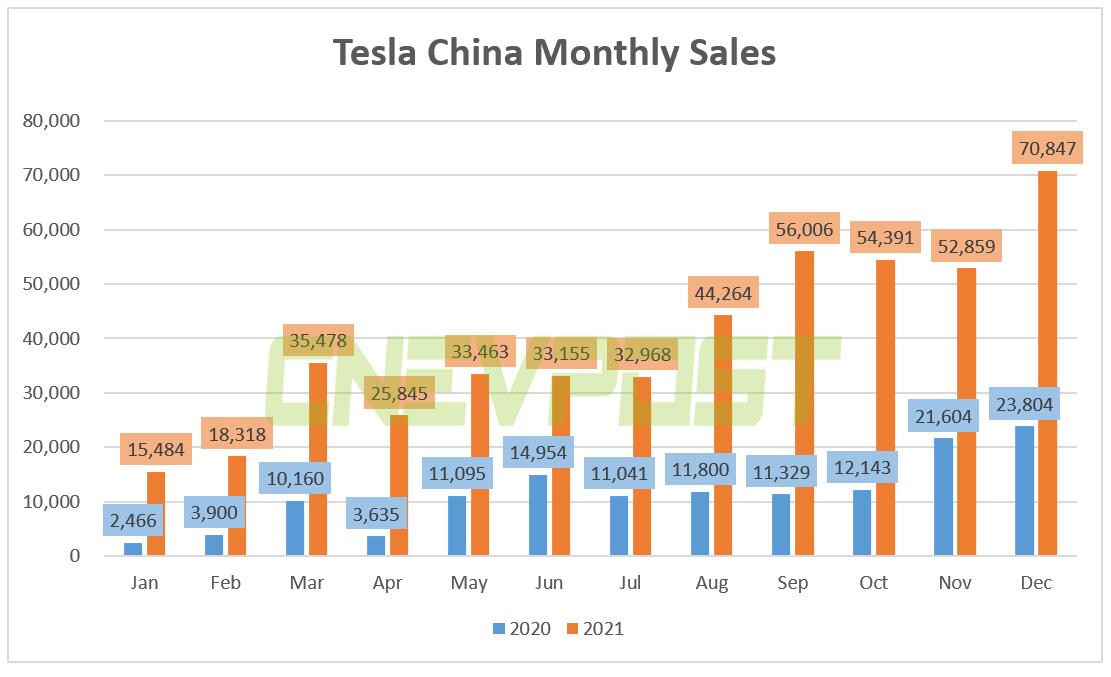 This performance may be due in part to the commissioning of CATL's battery plant near Giga Shanghai.

The report cited a CATL source as saying that the plant is in the capacity ramp-up phase and has already achieved about 60 percent of its design capacity.

Neither the report nor previous public information disclosed CATL's design capacity for the plant.

The Lingang Group, which is responsible for managing the area, has set up a task force for CATL's new plant to find a ready-made facility at a suitable location for the company, according to the report.

The plant's standards, including length, width and height, met CATL's requirements and required only some interior renovations and minor modifications to start production, saving it seven to eight months, according to the report.

Due to a surge in orders and a shortage of parts supply, including chips, Tesla in December may have delivered at most only orders through October 2021, Yicai reported earlier this month.

The delivery cycle for some of Tesla's orders has started to exceed 70 days, exceeding the previous commitment of 6 to 10 weeks, so the delivery cycle becomes 12 to 16 weeks, according to the report.