NIO executives have said that they won't deliberately showcase their self-driving capabilities through road test videos, and that consumers will realize how powerful the feature is when it's well developed. The company appears to be making steady progress in that effort, including a series of hires of top talent.

CnEVPost checked Xie's LinkedIn page and found that he joined NIO in August of last year and has been with the company for six months so far, but has not been publicly reported on before. 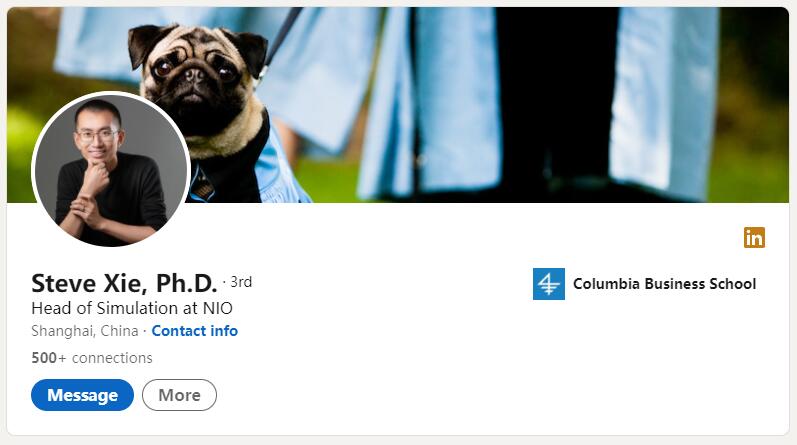 According to Xie's LinkedIn page, he graduated from Peking University and received his PhD from Columbia Business School.

Prior to joining NIO, he worked at Nvidia as a Principal Product Manager/Senior Manager for autonomous vehicles, where he was responsible for vehicle simulation and testing. However, he only worked in that position for six months.

In 2016, GM spent $1 billion to acquire Cruise, which has the second-largest self-driving test fleet after Waymo. 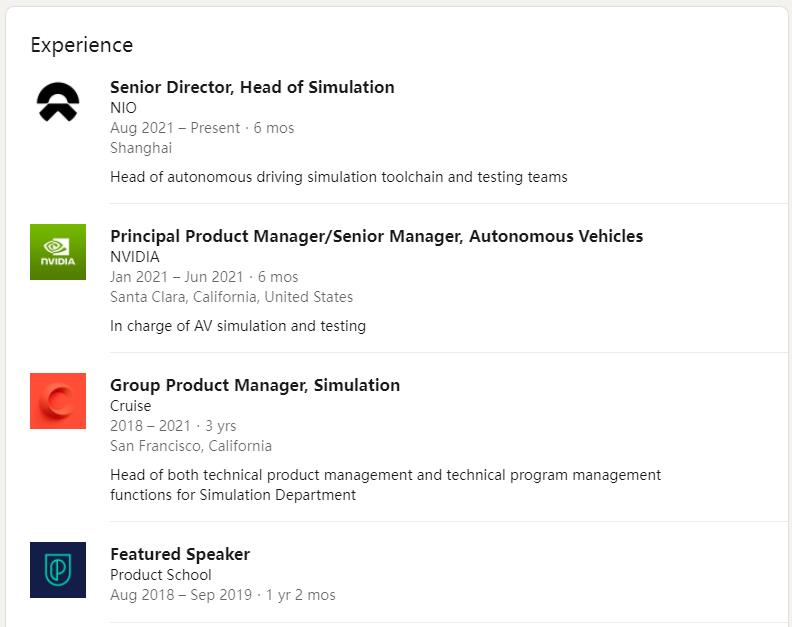 Xie is one of NIO's new hires in the last year as the company seeks to become one of the leading companies in self-driving technology.

However, NIO has not confirmed or denied the rumor.

William Li, founder, chairman and CEO of NIO, mentioned in a conference call after the announcement of its third quarterly report on November 10 that the release of the ET7 sedan's assisted driving capability would be a long-term process and that NIO would consider a number of factors including regulations, safety and reliability, and would not deliberately make a demonstration of autonomous driving.

Late last month, 21jingji reported that since the second half of 2020, NIO has further strengthened the depth of its research and development in the field of intelligent driving.

"What people think we should do, we've done," the report quoted Li as saying, adding that NIO has shifted its core R&D team to China.

Teams related to autonomous driving, including perception hardware and planning and control software, now number almost 1,000, Li said. "Starting with ET7, all autonomous driving technologies other than chips are basically developed by us in-house now."