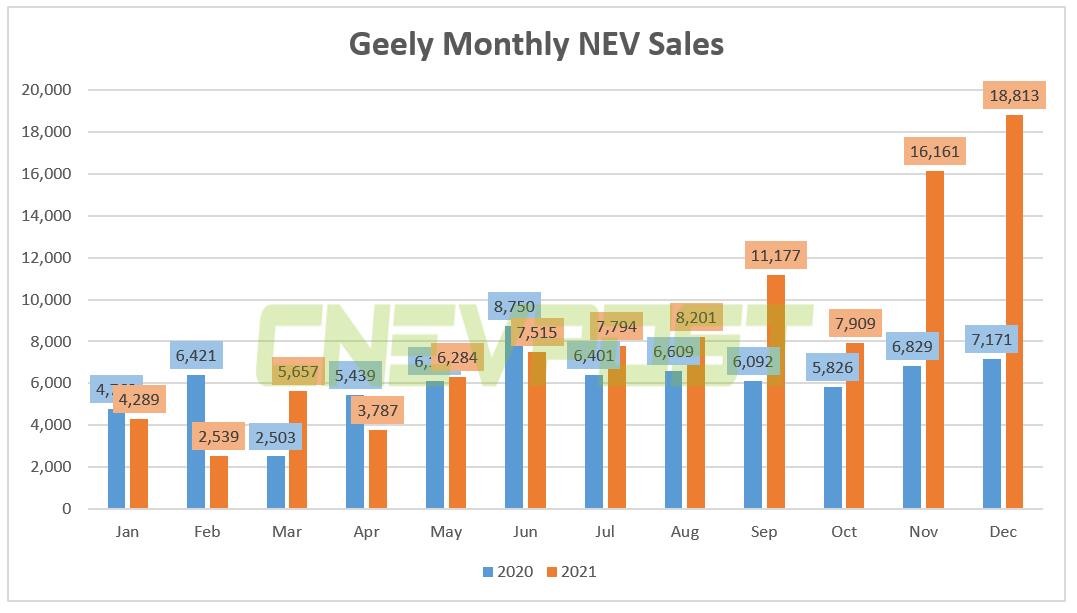 The above figures include sales of Geely's premium electric vehicle brand Zeekr, which sold 3,796 units in December, its third delivery month, according to figures released last week.

Zeekr made its first delivery of the Zeekr 001 on October 23, with 199 units delivered in October and 2,012 units in November.

Geely's all vehicles sold 158,765 units in December, up about 3 percent year-on-year and up about 17 percent from November.

That includes sales of LYNK & CO, in which the company has a 50 percent stake, which sold 25,846 vehicles in December, up 4 percent from a year earlier.