XPeng Motors delivered record 16,000 vehicles in December, up 180.7 percent from 5,700 in the same month last year and up 2.5 percent from 15,613 in November, according to figures released by the company today. 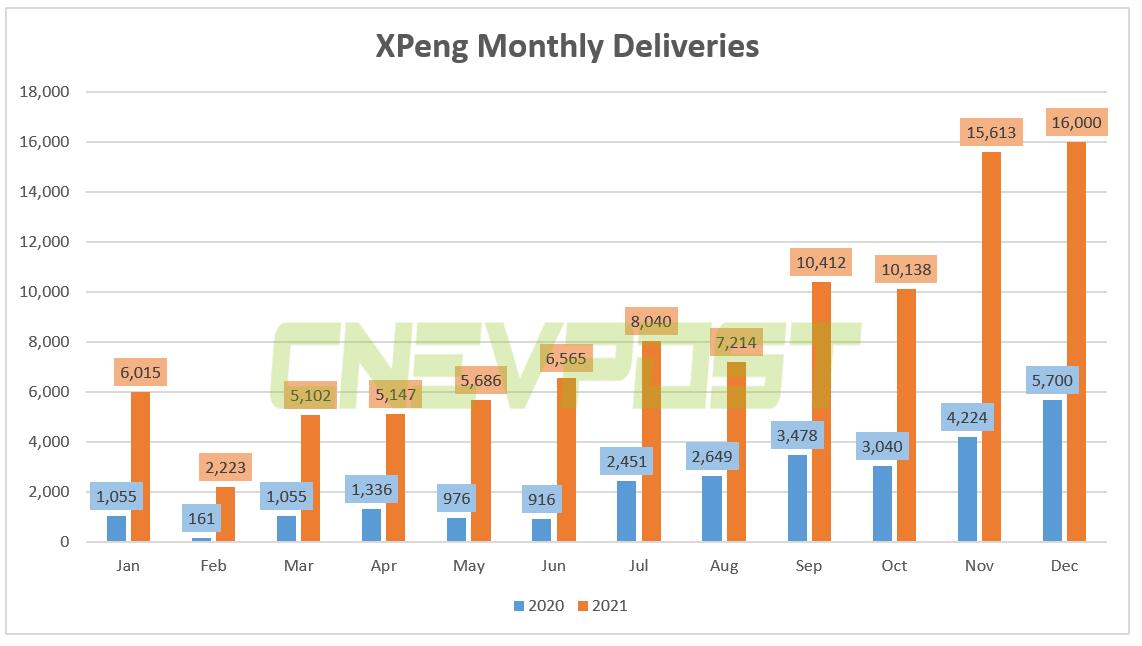 XPeng's flagship sedan, the P7, delivered 7,459 units in December and a cumulative total of 60,569 units for 2021, representing 62 percent of total deliveries for the year.

The XPeng P5 delivered 5,030 units in December, a new high since deliveries of the model began in October.

XPeng's previous guidance for fourth-quarter deliveries was 34,500-36,500 vehicles, and the latest figure exceeds the upper end of that range. 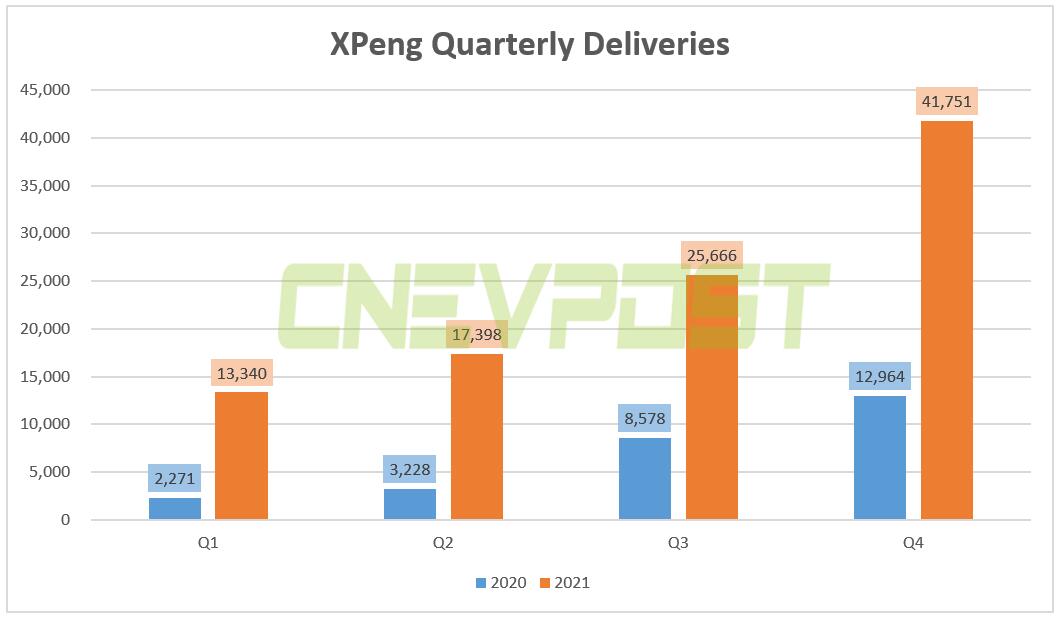 China's purchase subsidies for new energy vehicles (NEVs) will be reduced by 30 percent from 2021 levels starting January 1, 2022, based on the date the vehicle receives its license plate after delivery.

That means that for many consumers who place orders before the end of the year, they won't be able to take advantage of the higher subsidies in 2021 if they don't get deliveries until 2022.

However, XPeng previously said that it will continue to offer the same subsidy amount as in 2021 for consumers who pay their deposits by 24:00 on January 10, 2022.

Notably, rumors surfaced in early December that XPeng's three currently available models, the G3i, P5, and P7, would have their purchase benefits for customers reduced by about half. Auto-time later cited sources at the company who confirmed that these rumors were true.