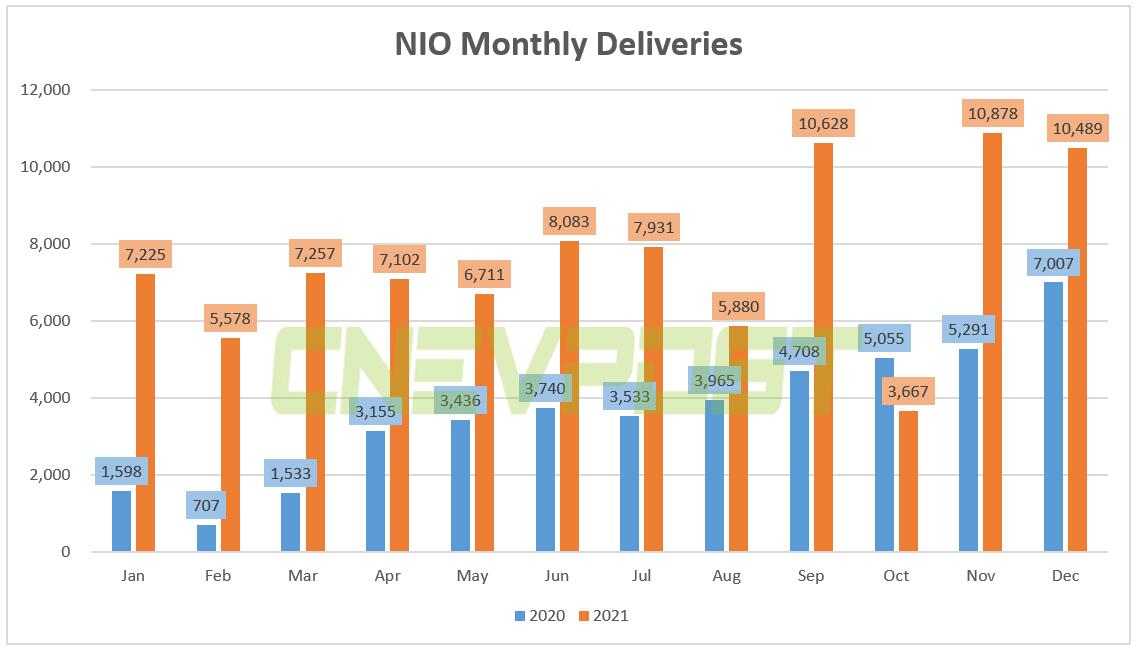 NIO's previous guidance for fourth-quarter deliveries was 23,500 to 25,500 units, and the latest figure is near the upper end of the range. 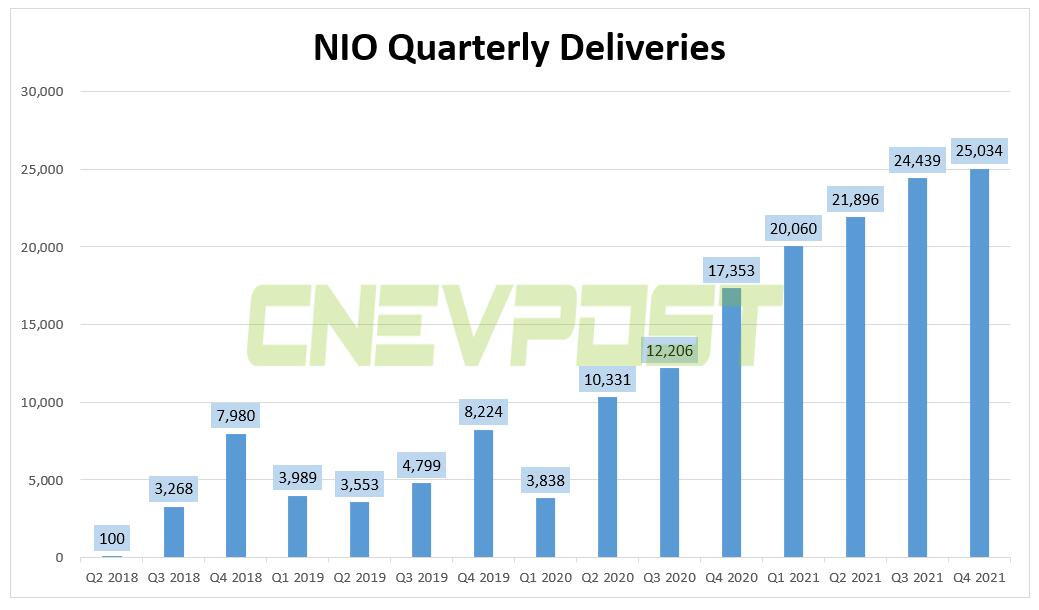 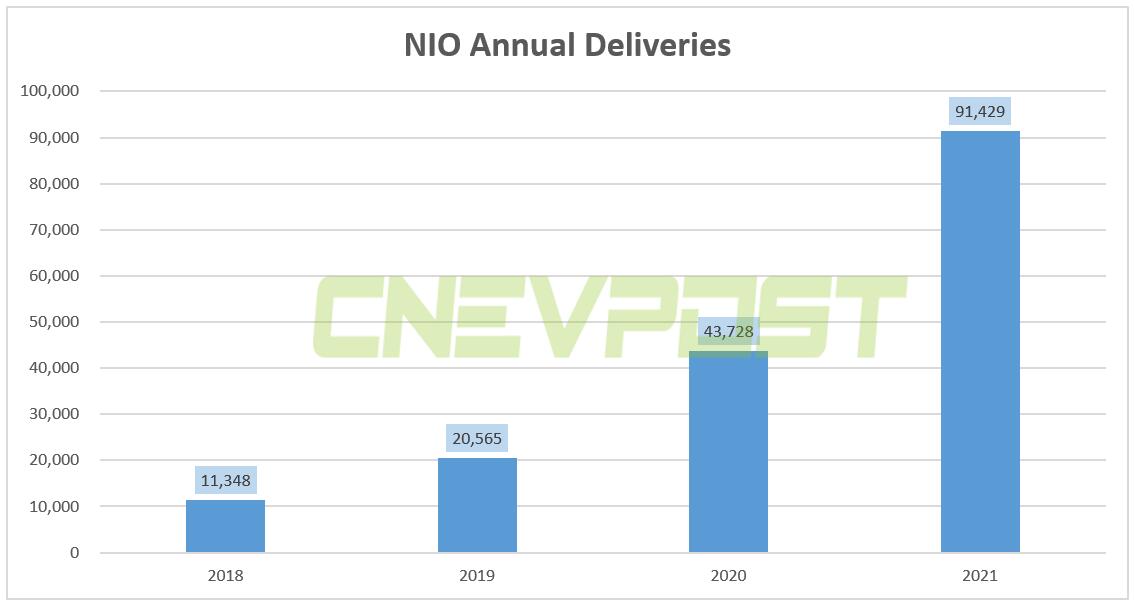 Since its inception, NIO has delivered a total of 167,070 vehicles.

NIO's strong deliveries may continue into at least the next few months as many consumers are likely to place orders at the end of the year before subsidies are reduced.

China's purchase subsidies for new energy vehicles (NEVs) will be reduced by 30 percent from 2021 levels starting January 1, 2022, based on the date the vehicles receive their license plates after delivery.

This means that for many consumers who place their orders before the end of the year, they won't be able to take advantage of the higher subsidies in 2021 if they don't get their deliveries until 2022.

However, NIO previously said that those who pay the deposit on and before December 31, 2021, and receive delivery by March 31, 2022, will still receive the higher subsidies for 2021, with the difference borne by NIO.

According to NIO's latest package, individual consumers will be able to enjoy a subsidy of RMB 11,340 for models with a standard 75-kWh range battery pack this year, and RMB 12,600 for a 100-kWh pack model.

Prior to this, consumers were able to enjoy subsidies of RMB 16,200 and RMB 18,000 for these models, respectively.

It is worth noting that NIO's deliveries still seem to be limited by capacity.

In a conference call after announcing its third-quarter earnings in early November, William Li, founder, chairman, and CEO of NIO, said that power battery giant CATL was trying its best to ensure battery supply to the company, but that is still the ceiling of NIO's delivery volume.