Pony.ai will work with FAW to build a fleet of self-driving demonstration operations and collaborate on commercial operations in Guangzhou, Beijing, Shanghai, Changchun and Nanjing. 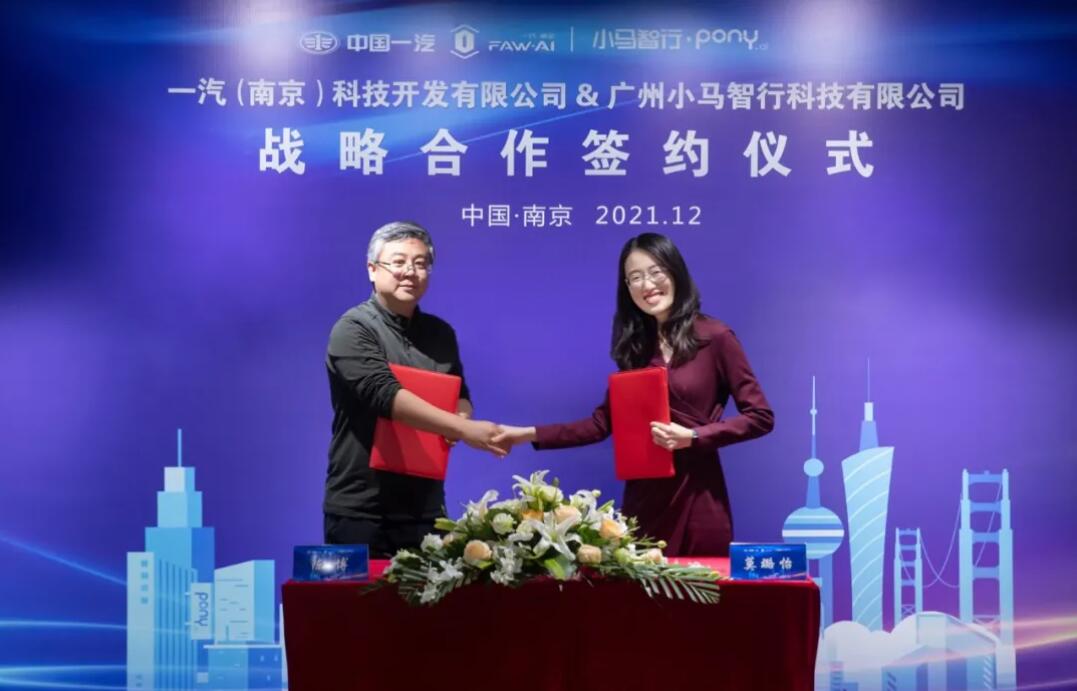 Pony.ai, a Chinese autonomous driving startup backed by Toyota Motor and NIO, today announced a strategic partnership with FAW Nanjing, a wholly-owned subsidiary of its strategic investor FAW, to accelerate the mass adoption of Robotaxis.

The two sides also plan to jointly establish a fleet of self-driving demonstration operations and cooperate on commercial operations in Guangzhou, Beijing, Shanghai, Changchun and Nanjing to realize the scale operation of Robotaxis, it said.

FAW is a key partner in Pony.ai's push to commercialize autonomous driving, having made a strategic investment in it in October 2020.

Pony.ai was founded in late 2016 and currently has a team of more than 500 people. It has set up R&D centers in Silicon Valley, Guangzhou, Beijing and Shanghai, and runs Robotaxi operations locally.

In early February this year, Pony.ai announced that the first self-driving cars equipped with its latest-generation system officially rolled off the standardized production line and will join the company's Robotaxi fleet for large-scale operations.

On April 28th, Pony.ai said that it had upgraded its Robotaxi, and the first batch of standardized production self-driving cars were put into service.

On May 10, Pony.ai announced the joint release of a fully autonomous driving system with Luminar, a US-based LIDAR provider, using a 360° multi-sensor fusion solution to make vehicles safer and more reliable when operating in complex urban road conditions.