BYD expects to sell up to 1.2 million NEVs next year 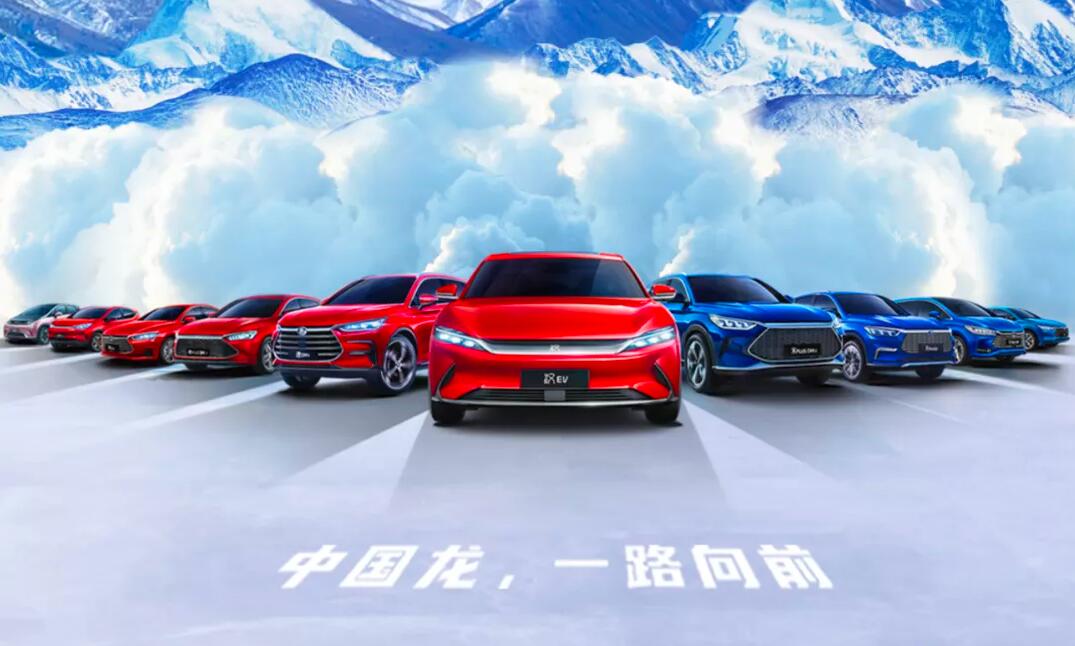 With BYD's monthly sales of new energy vehicles (NEVs) approaching 100,000 units, the company is expected to sell more than 1 million units of such models next year.

BYD recently said in an investor conference call that its 2022 NEV sales target is roughly between 1.1-1.2 million units, with 600,000 BEVs (battery electric vehicles) and 500,000-600,000 PHEVs (plug-in hybrids), according to a report in the Shenzhen Economic Daily on Sunday.

The industry's current forecast for NEV sales in China next year is roughly 4.5-5 million units, and if BYD achieves its goal of 1.2 million sales, it would mean an increase in its market share to about 25 percent, the report said.

In addition, if BYD reaches its target next year, it will also become the second company in the world to sell more than 1 million NEVs after Tesla, even though all of the latter's models are BEVs.

This means that BYD's share of China's NEV market reached about 18 percent in the January-November period.

If BYD sells 1.2 million NEVs next year, that would mean an average of 100,000 units per month, which doesn't seem too hard for the company to achieve. 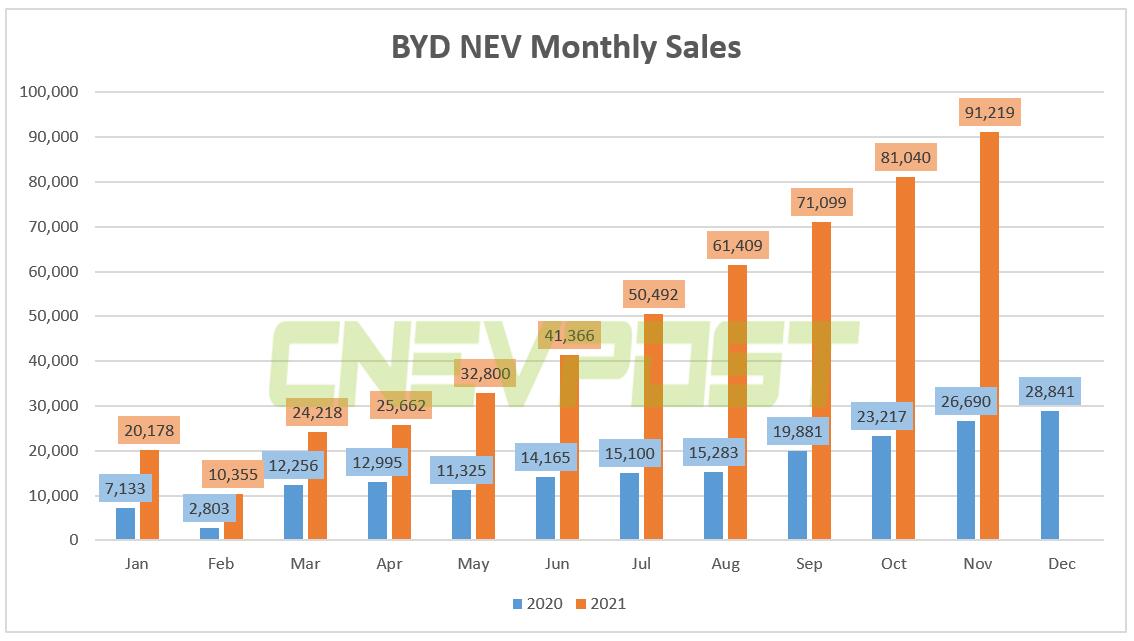 Among them, its flagship sedan Han family sold a record 12,841 in November, and the Han EV exceeded 10,000 for the first time. 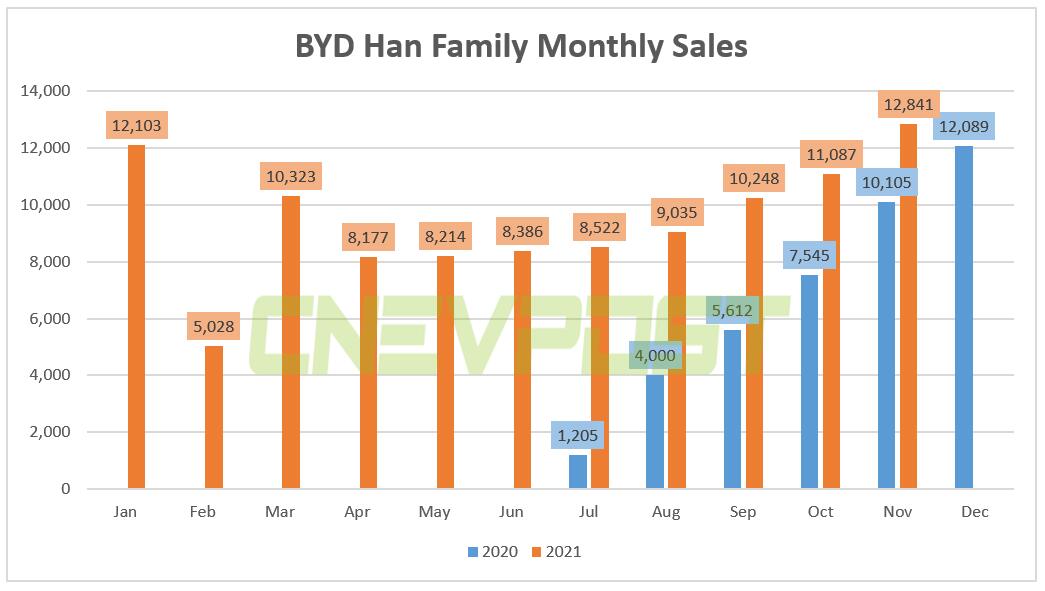 BYD's Dolphin model, which has just been on the market for four months, is still in the capacity climbing stage, but sold 8,809 units in November alone, up 46 percent from October.

The Dolphin model has accumulated sales of 19,582 units since August, and is expected to contribute more sales to BYD as its production capacity rises. 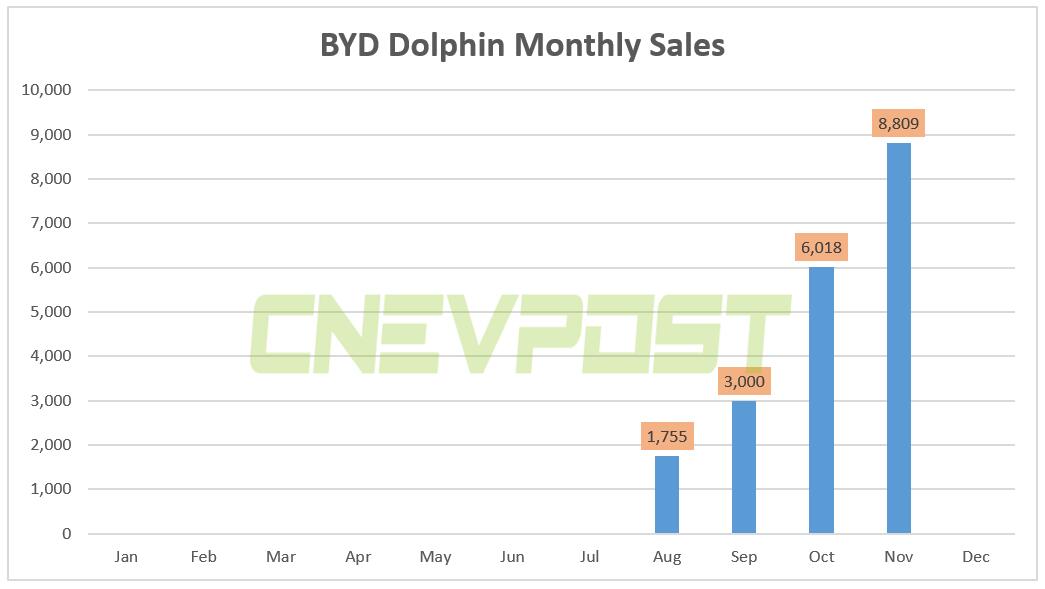 On November 15, BYD launched the DM-i Super Hybrid System-equipped Destroyer 05 at the Guangzhou Auto Show, the first sedan in its Ocean series and the first model in the warship product array.

The rich product lineup and technological innovation have made BYD the biggest winner in the transition to electrification in the Chinese auto market.

BYD Chairman and President Wang Chuanfu said on November 19 that the demand for BYD DM-i platform models exceeds supply, with orders on hand for up to 200,000 units, and that the delivery period for these models is now up to four months.