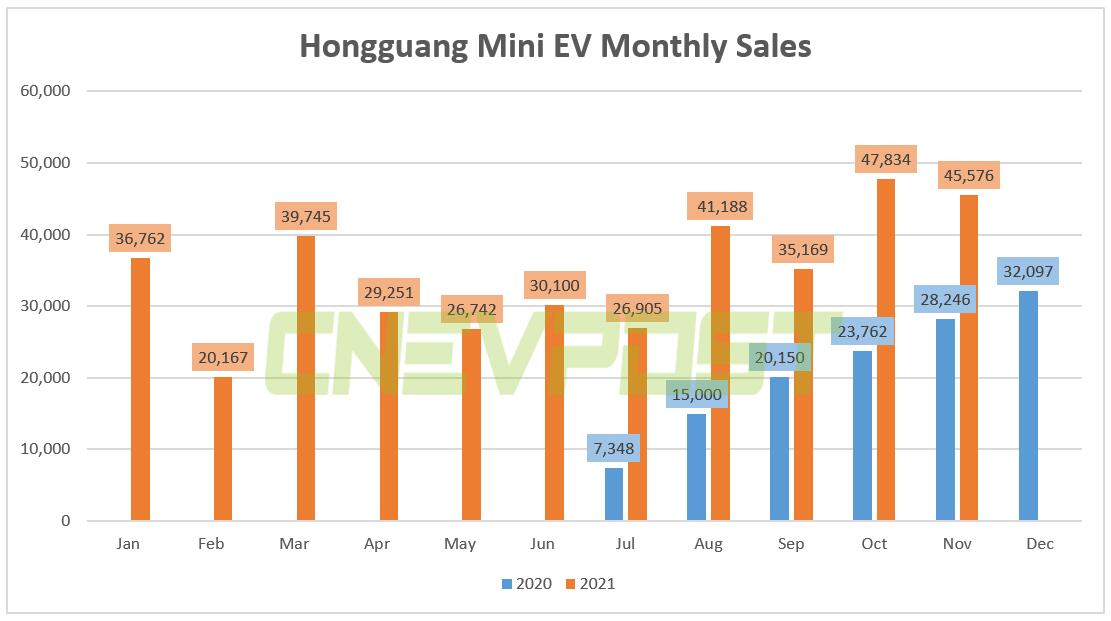 One of China's best-selling electric cars, SAIC-GM-Wuling's miniature Hongguang Mini EV, sold 45,576 units in November, according to figures released today by the company.

That's up 22.1 percent from a year ago, the company said.

Notably, the company previously reported deliveries of 28,246 in November last year. That means it saw a 61 percent year-on-year increase in deliveries in November of this year. It's unclear why these numbers appear to conflict.

At the end of September, the company announced its first two-seat new energy model at the Tianjin Motor Show, called the Wuling Nano EV, the third model under its GSEV architecture.