Neta is now offering three models in China, all starting at under RMB 100,000. 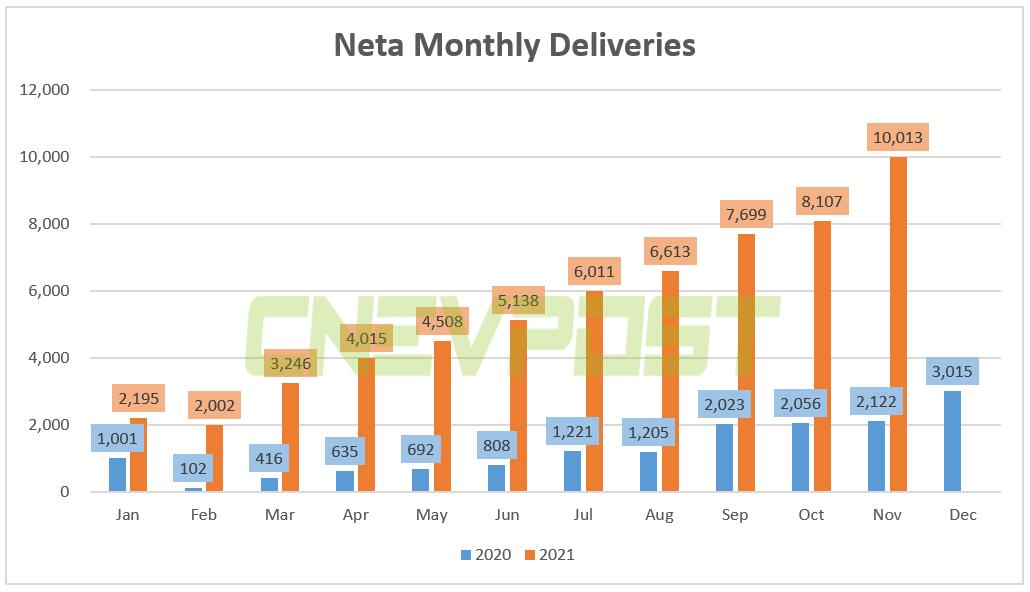 Chinese electric vehicle startup Neta Automobile delivered 10,013 vehicles in November, surpassing the 10,000-unit mark for the first time, according to data released by the company today.

That's up 372 percent year-on-year and up 24 percent from October.

Total deliveries to date for all Neta models stand at 85,850 units, the company said.

Neta is the electric vehicle brand of Hozon Auto, which was founded in October 2014. The first Neta model was launched in November 2018.

In late August, Neta signed a comprehensive cooperation agreement with Huawei to use the latter's technology in future models.

The Neta S, which will be launched next year, is the first model created by the two companies, and it will use Huawei's MDC intelligent driving computing platform and LiDAR technology to enter the high-end market.

At the end of October, Neta announced the completion of RMB 4 billion in Series D1 funding, with Qihoo 360 leading the RMB 2 billion investment.

Qihoo 360 participated in two consecutive rounds of financing for Neta, with a cumulative investment of RMB 2.9 billion, Neta said at the time.

On November 10, Neta announced that it had signed a strategic cooperation framework agreement with Thailand's PTT Public Company Limited to jointly develop the local market.