Tesla's Model S Plaid could be coming to China around March next year, the company's CEO Elon Musk said Monday.

Musk mentioned the plan in a tweet in response to @JayinShanghai, a Twitter user who closely follows the company. Musk didn't give any further details.

Information on Tesla's China website shows an expected delivery date for the Model S Plaid in China of the end of 2022, though that is subject to regulatory approval. 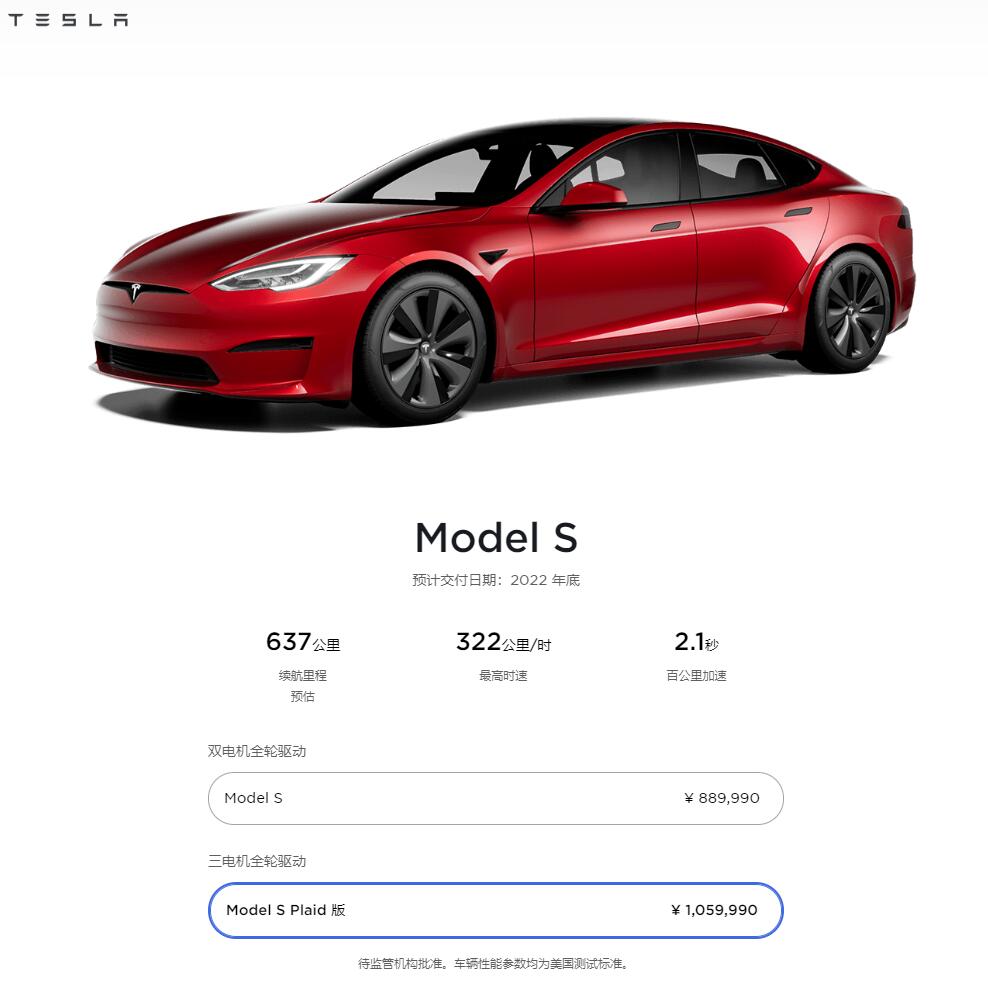 Tesla unveiled the Model S Plaid in the US last September, powered by three motors that can accelerate from zero to 60 mph in 1.99 seconds, which Musk called the fastest production car ever built.

In early June, Tesla began deliveries of the model in the US and canceled the more capable Plaid + model.

In September, the Model S Plaid broke the record for the fastest electric car lap of the Nürburgring with a time of 7:30.9. The previous record-holder was 7:42.3 for Porsche's Taycan Turbo.

Join our Telegram group to be alerted the moment we publish an article: t.me/CnEVPost
#Model S#Model S Plaid#Tesla#Tesla China
0
Comments (0)