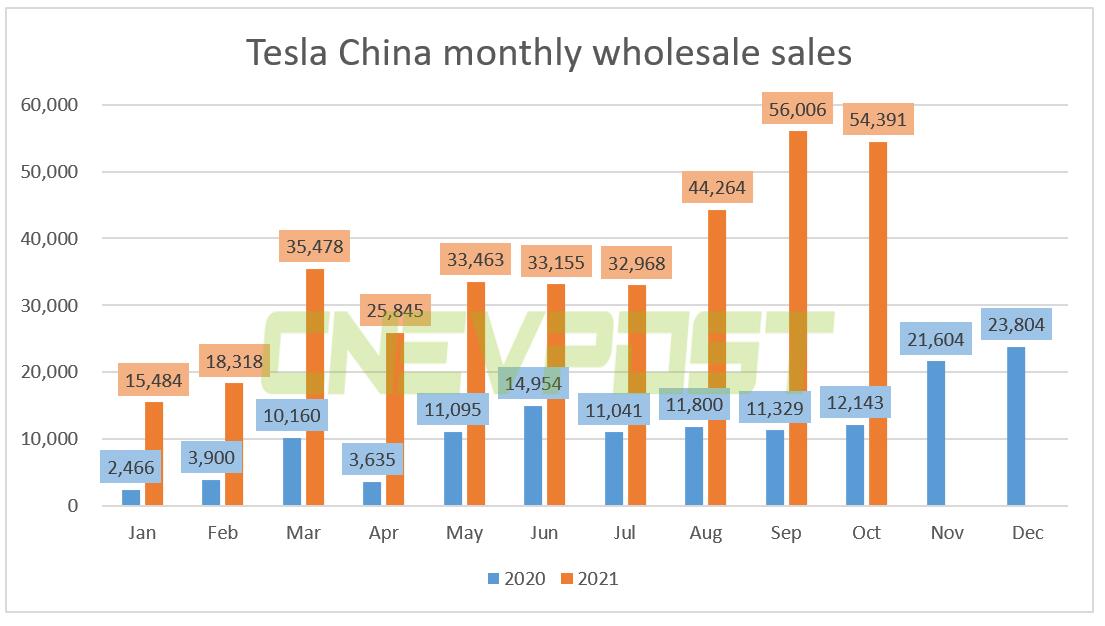 Tesla (NASDAQ: TSLA) China's wholesale sales in October were 54,391 units, up 348 percent year-on-year and down about 3 percent from September, according to data released today by the China Passenger Car Association (CPCA).

Tesla produces Model 3 and Model Y at Giga Shanghai, and breakdown data on both models is currently unavailable.

China's October wholesale sales of new energy passenger vehicles were 368,000, up 148.1 percent year-on-year and up 6.3 percent from September, the CPCA's data show.

In October, Tesla saw its 1,000th Supercharger station in the Chinese mainland, a local data center and the opening of a new large delivery center in Shanghai.

Notably, however, Tesla CEO Elon Musk launched a poll on Twitter over the weekend to let Internet users decide whether he should sell 10 percent of Tesla shares, saying he would abide by the results.

The results of that poll showed that most users supported Musk selling those shares.

As of press time, Tesla was down more than 5 percent in pre-market trading Monday. 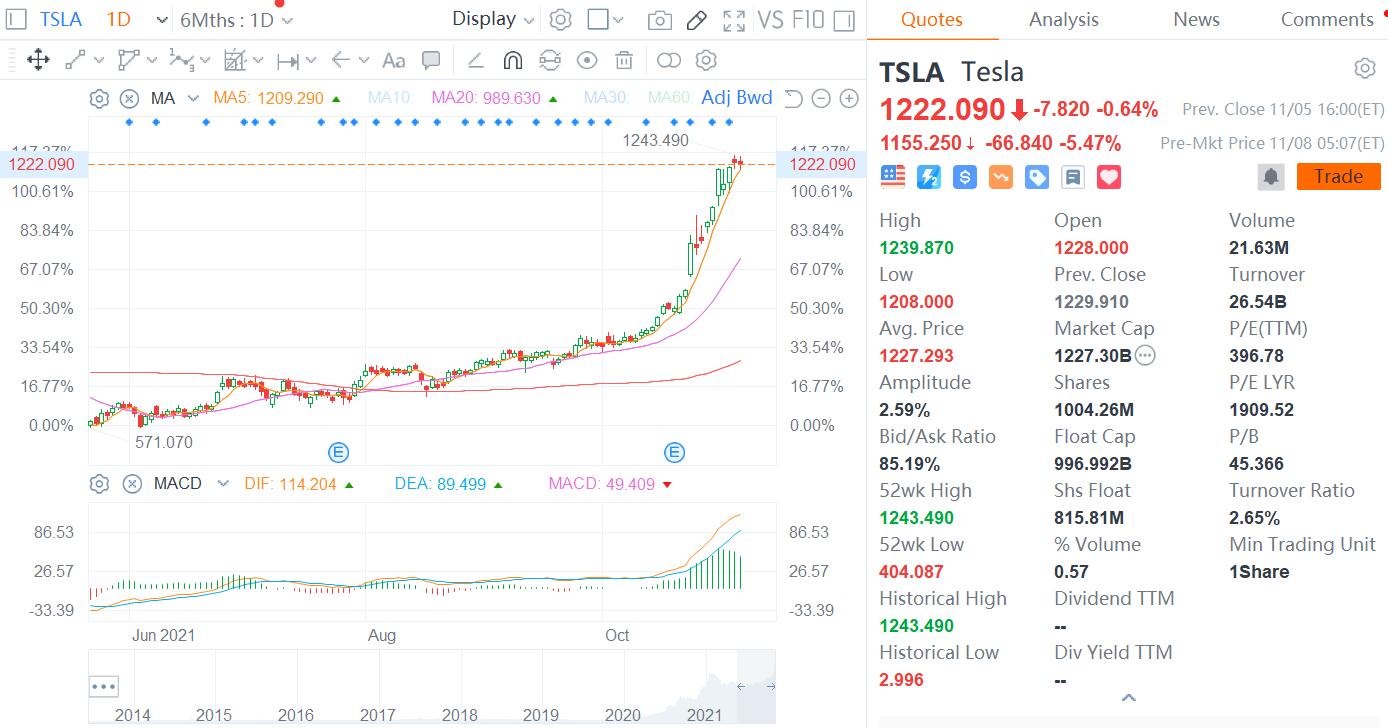