XPeng Motors has added two new versions of its flagship sedan P7 after introducing a lower-priced version of the model with its new nomenclature in late September.

Information on XPeng's website shows that a 670N+ version has been added to the P7 model, the first time the company has used a "+" in its model name, suggesting that other models may also be given such versions in the future. 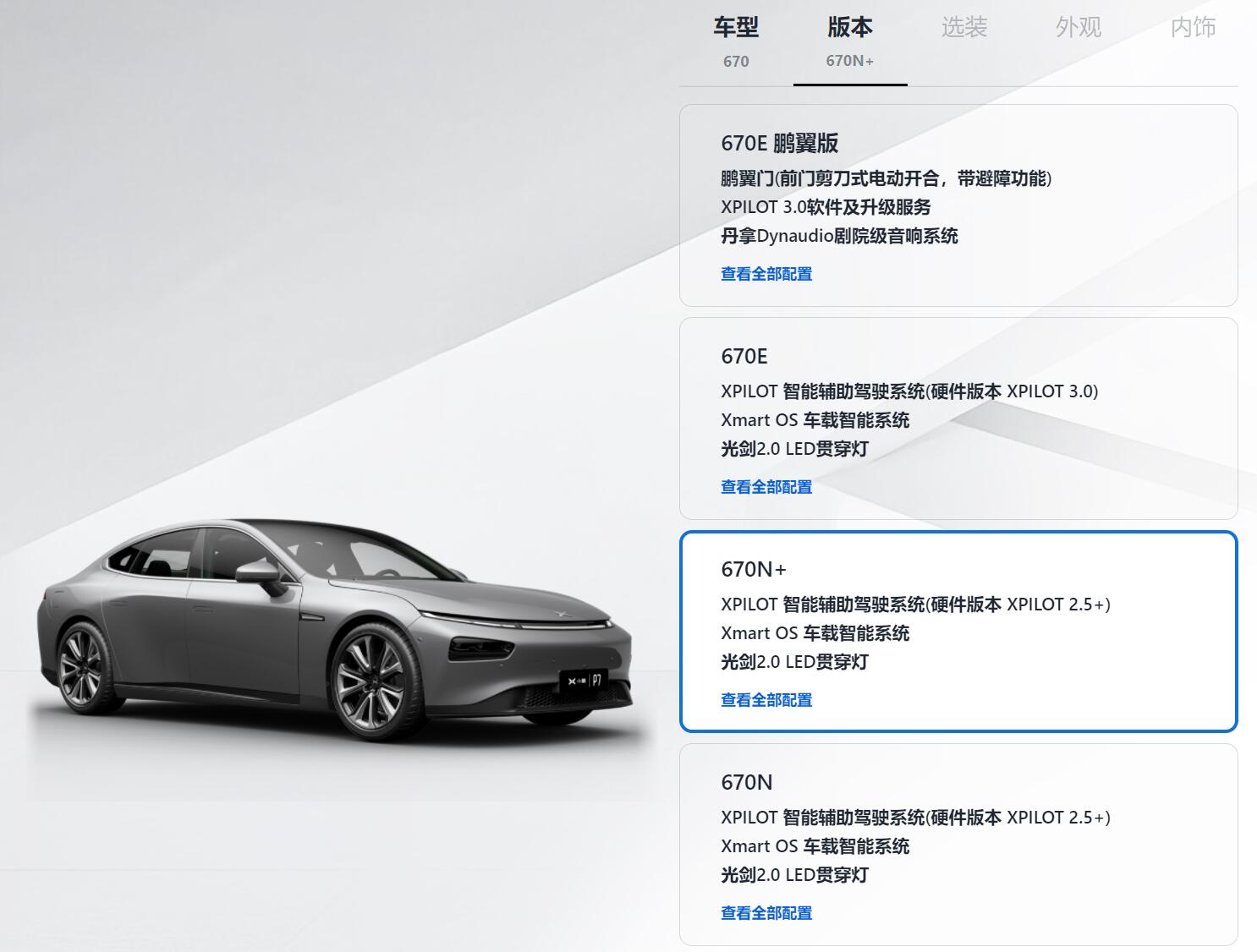 The XPeng model naming includes a number representing the NEDC range, as well as the PENG in the XPeng name, where P is the highest-spec version.

The P7, which currently has a range of 670 km, is offered in up to five versions, the most options for the model.

The P7 670N+ is a minor upgrade to the previous 670N version with the same core specifications, except that the default wheels are 19 inches. In comparison, the P7 670N has 18-inch wheels by default.

The P7 670N+ is priced at RMB 269,900, which effectively translates to an RMB 2,000 discount on the P7 670N with 19-inch wheels configuration. The estimated delivery date for this model is December.

XPeng announced two new versions of the P7 on September 30 that do not support XPILOT, lowering its starting price even further after the lithium iron phosphate version.

The two new versions are 480G and 670G, with G being the lowest specification series in the XPeng model naming system.