"There were not enough vehicles that could be used for deliveries, which is not a big deal," Qin Lihong said. 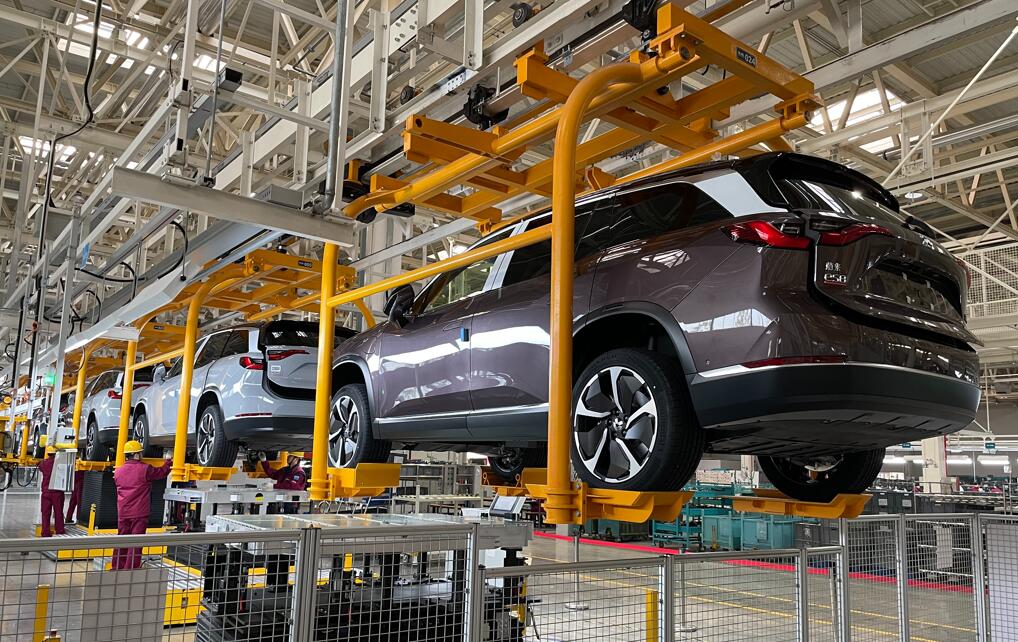 Although NIO had already warned last week that October deliveries would be affected by the production line revamp, the figures it announced yesterday disappointed many, causing its shares to fall nearly 6 percent at one point in pre-market trading.

However, in Monday's intra-day trading, NIO shares continued to move higher, up 3.63 percent to $40.84 by the close of trading.

Why did NIO's share price perform this way? A more detailed explanation from the company's executive about the line revamp could be a big reason for many people's optimism.

"(NIO's) production line was revamped and upgraded in October and only worked at full capacity for 10 days, so there were not enough vehicles that could be used for deliveries, which is not a big deal," the company's co-founder and president Qin Lihong commented on the NIO App on Monday.

Qin's reply implies that NIO is still facing a capacity problem rather than a demand problem, although the company's earlier announcement had already highlighted that it had reached a new record of orders in October.

NIO said in an announcement on its website yesterday that it delivered 3,667 vehicles in October, including 218 ES8s, 2,528 ES6s and 921 EC6s. That delivery volume fell 27 percent year-on-year and was 65.5 percent lower than in September.

The company attributed this to lower production volumes due to production line restructuring and upgrades and preparations for new product introductions between September 28 and October 15, as well as certain supply chain fluctuations, but did not provide additional details.

In an October 29 announcement, NIO said its production schedule in October was affected by the production line reorganization and upgrade, and some orders for vehicles scheduled for delivery in October will be delivered later than originally planned.

NIO said last week that the production line at JAC NIO's Hefei advanced manufacturing base had completed a phased upgrade to further prepare for the introduction of new models and capacity increases.

In the last 10 days of October, NIO's production line has gradually resumed production and will deliver vehicles as soon as possible, the company said last week.

Qin's response in the NIO App, despite the limited details added, gives more credence to NIO's statement explaining this.