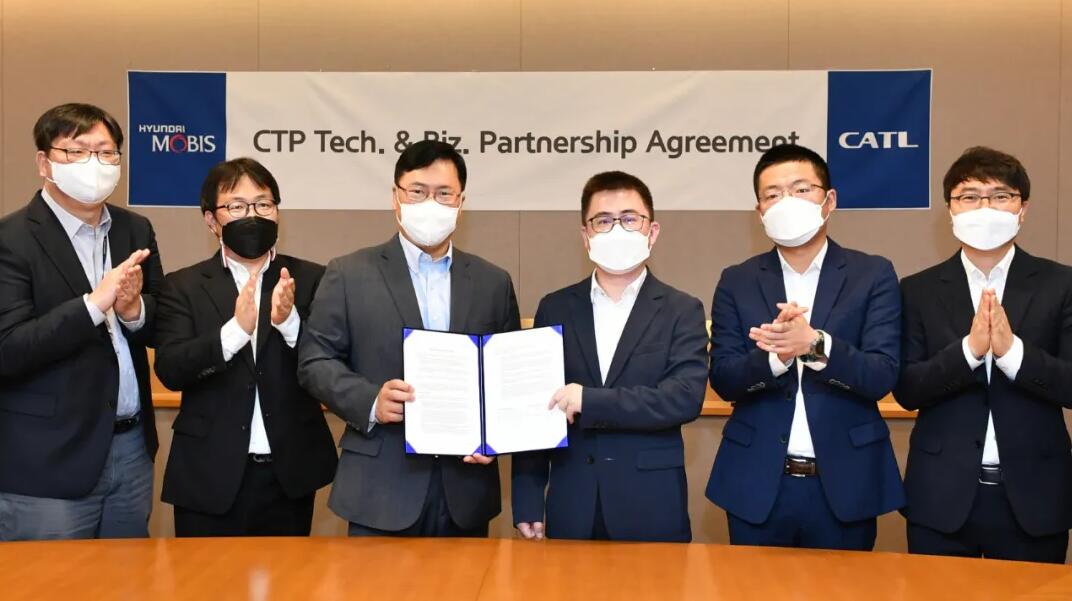 CATL, a battery supplier to Tesla and NIO, today signed an agreement with Hyundai Mobis, the auto parts affiliate of Hyundai Motor, to license the cell-to-pack (CTP) technology to the latter.

CATL will support Hyundai Mobis' supply of CTP-related battery products in Korea and globally, the Chinese power battery giant said in a statement.

CTP is highly efficient and integrated, and is a technology that allows for the integration of cells into battery packs without the need for modules.

CATL said the technology can increase the system energy density of battery packs, simplify manufacturing processes and save costs.

The battery uses CATL's next-generation CTP technology, which simplifies manufacturing and assembly by 10 percent, increases capacity utilization by 5 percent and increases energy density by 14 percent to 142 Wh/kg, NIO said at the time.

CATL is China's largest supplier of power batteries, with data released earlier this month by the China Automotive Battery Innovation Alliance showing that from January to September this year, CATL had 46.79 GWh of installed battery capacity in China, with a 50.8 percent market share.