XPeng's 100,000th vehicle rolls off the production line at its plant in Zhaoqing, Guangdong, six months after NIO reached this milestone. 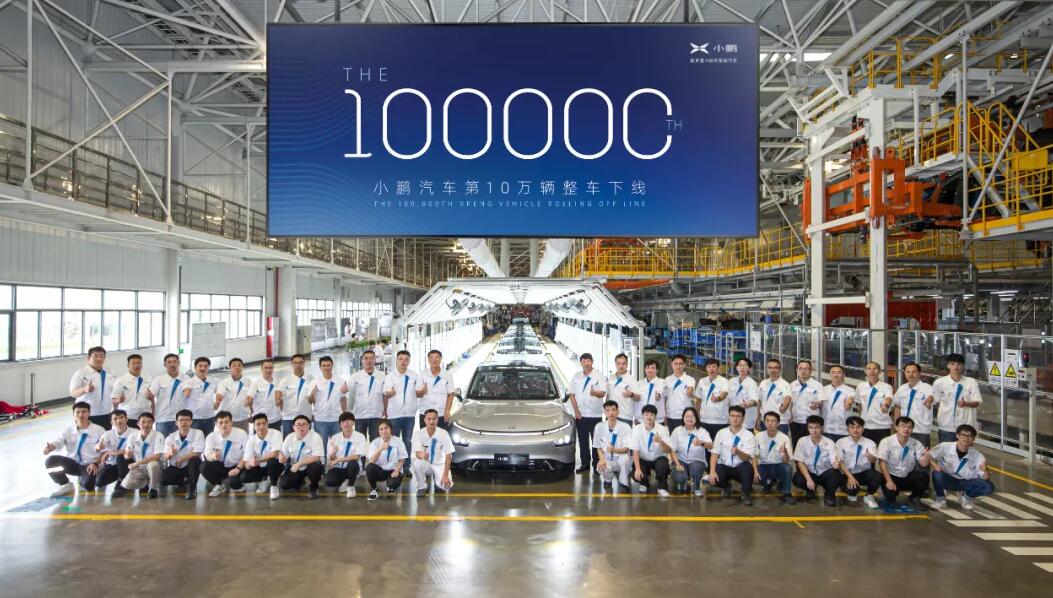 XPeng Motors announced today that its 100,000th vehicle rolled off the production line at its plant in Zhaoqing, Guangdong, marking an important milestone in the company's history.

The model is a P7, the company's flagship sedan.

XPeng delivered 10,412 vehicles in September, the first time in its history that it has exceeded the 10,000-unit threshold.

On August 18, the company broke ground on the second phase of its plant in Zhaoqing, which will increase annual production capacity from 100,000 to 200,000 units.

Construction of the XPeng Zhaoqing base began at the end of 2017 and will be operational in May 2020.

"To meet the rapidly growing market demand, we are renovating and upgrading the entire production site," XPeng co-founder and president Henry Xia said at the time.

After the second phase of the project reaches production, it will be able to reach an annual capacity of 200,000 units, he said, adding, "We will introduce several new, more competitive products."

NIO's 100,000th production vehicle, a blue ES8, rolled off the production line at its manufacturing facility in Hefei, Anhui province, on April 7.