"We don't think Faraday Future (FFIE), an EV SPAC, will ever sell a car. "

A shorting report released Thursday reads in the first paragraph:

FF went public on the Nasdaq on July 22 through a merger with Property Solutions Acquisition Corp (PSAC), a special purpose acquisition company (SPAC), at an offering price of $13.78.

The company's shares fell 6.59 percent to $7.65 on Wednesday, a new low since going public. On Thursday, FF rose 9.8 percent to $8.40 as US stocks rose broadly as the Senate agreed on an emergency debt ceiling extension until early December. 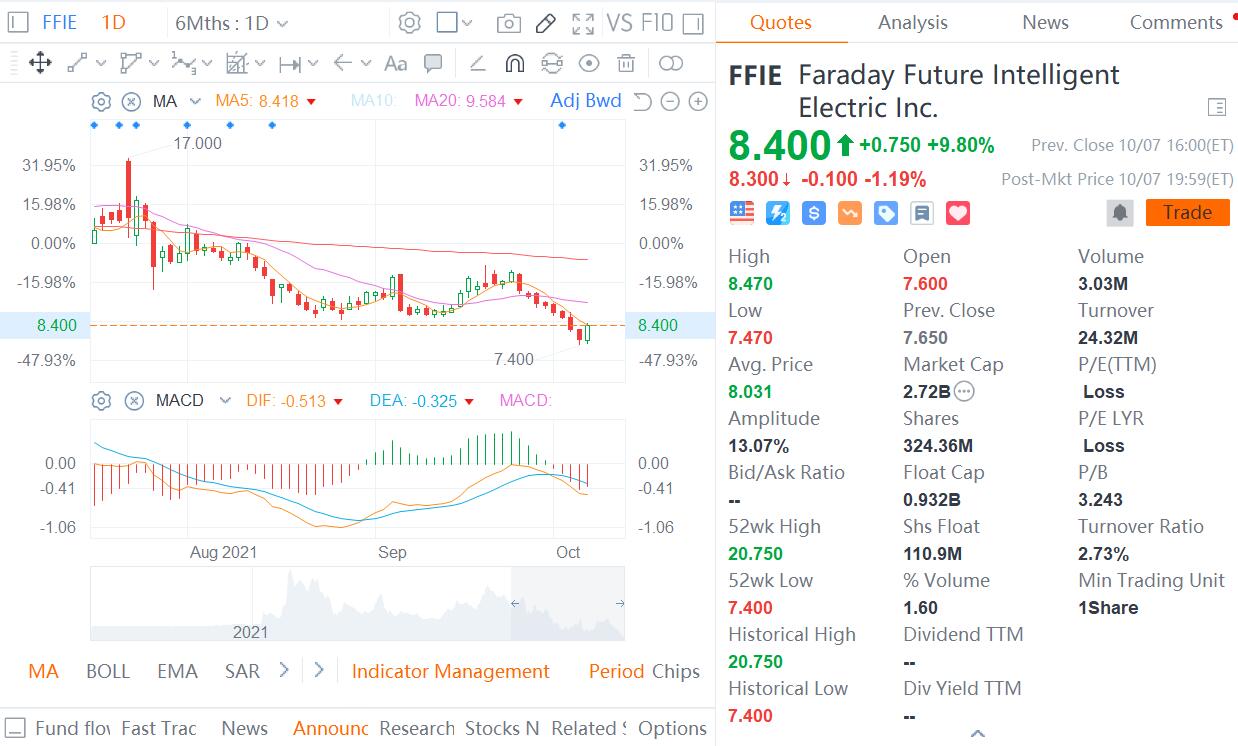 J Capital Research expressed doubts about FF in their 28-page short-selling report on a number of fronts, including FF's ability to start production, capital performance, R&D investment status, and the penalties that Jia has received in China.

"After eight years in business, FFIE has failed to deliver a car and is yet again saying ‘next year.’ The company has reneged on promises to build factories in five localities in the U.S. and China and repeatedly delayed the sixth. FFIE is being sued by dozens of unpaid suppliers and has failed to disclose that assets in China have been frozen by courts. And Jia appears to be running the company behind the scenes," the report said

On September 20, FF issued a report saying it was making progress on the manufacturing front, but J Capital Research said the former FF engineering executives they interviewed did not believe the company's electric cars were ready for production.

FF had promised to restart its Hanford plant in California and mass-produce electric cars within seven months, but J Capital Research said in the report that its three visits to the plant in August-September found little movement and the company's chiefs said there were still engineering issues to be resolved.

According to FF's disclosed documents, the company will need an additional $1.4 billion in cash by 2024 to meet its own financial targets, which could lead to further dilution of investors' equity holdings after the massive fundraising and debt-to-equity conversion, the report said, and questioned whether anyone would still be willing to continue lending to the company.

Details can be found in the full shorting report at:

Join our Telegram group to be alerted the moment we publish an article: t.me/CnEVPost
#Faraday Future#FF#FFIE#Short-selling#Stocks
0
Comments (0)