Tesla raises price of mobile connector in China by about $62

Tesla is raising the price of the mobile connector in China by RMB 400 ($62) to RMB 2,950 effective immediately.

Tesla announced the information on Weibo on Sunday, saying it was due to chip shortages and cost fluctuations. 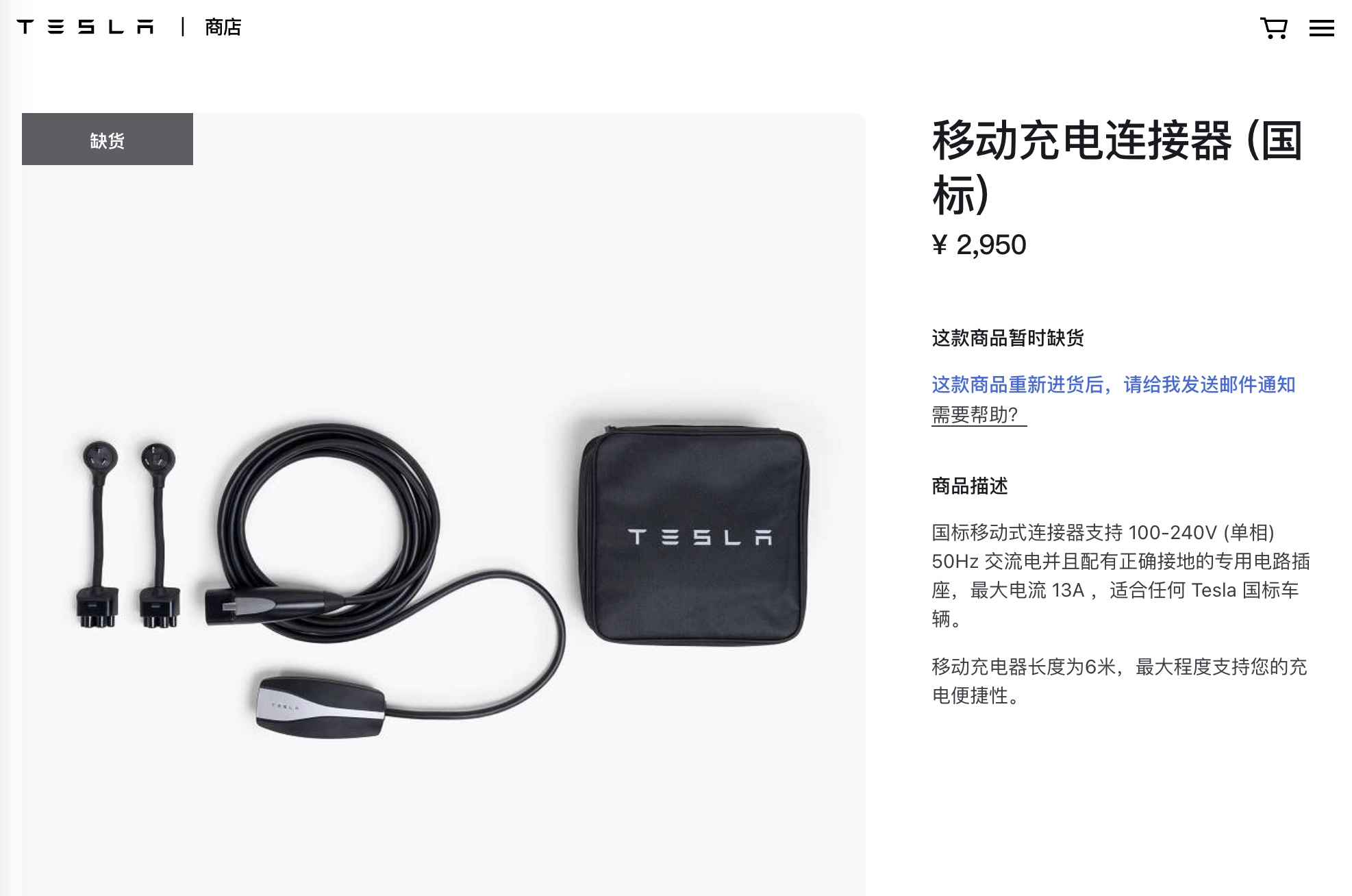 The mobile connector supports 100-240V 50Hz AC, supports a maximum current of 13A and has a cable length of 6 meters.

However, Tesla's website shows that the product is currently out of stock.

While responding to some users' questions on Weibo, Tesla said that the product will arrive in small quantities in the near future.

Tesla has previously adjusted the price of its vehicles several times in China, citing fluctuations in manufacturing costs.

The most recent price adjustment came in September, when Tesla raised the price of the Model Y Performance version by RMB 10,000, putting the starting price of the vehicle at RMB 387,900.