NIO delivered a record 10,628 vehicles in September, exceeding the 10k threshold for the first time and also ahead of XPeng Motors' 10,412 units.

After deliveries plummeted in August due to supply chain shocks, NIO made a comeback in September, joining the 10k club.

The company delivered a record 10,628 vehicles in September, surpassing the 10k threshold for the first time and also above the 10,412 units announced by XPeng Motors earlier today. 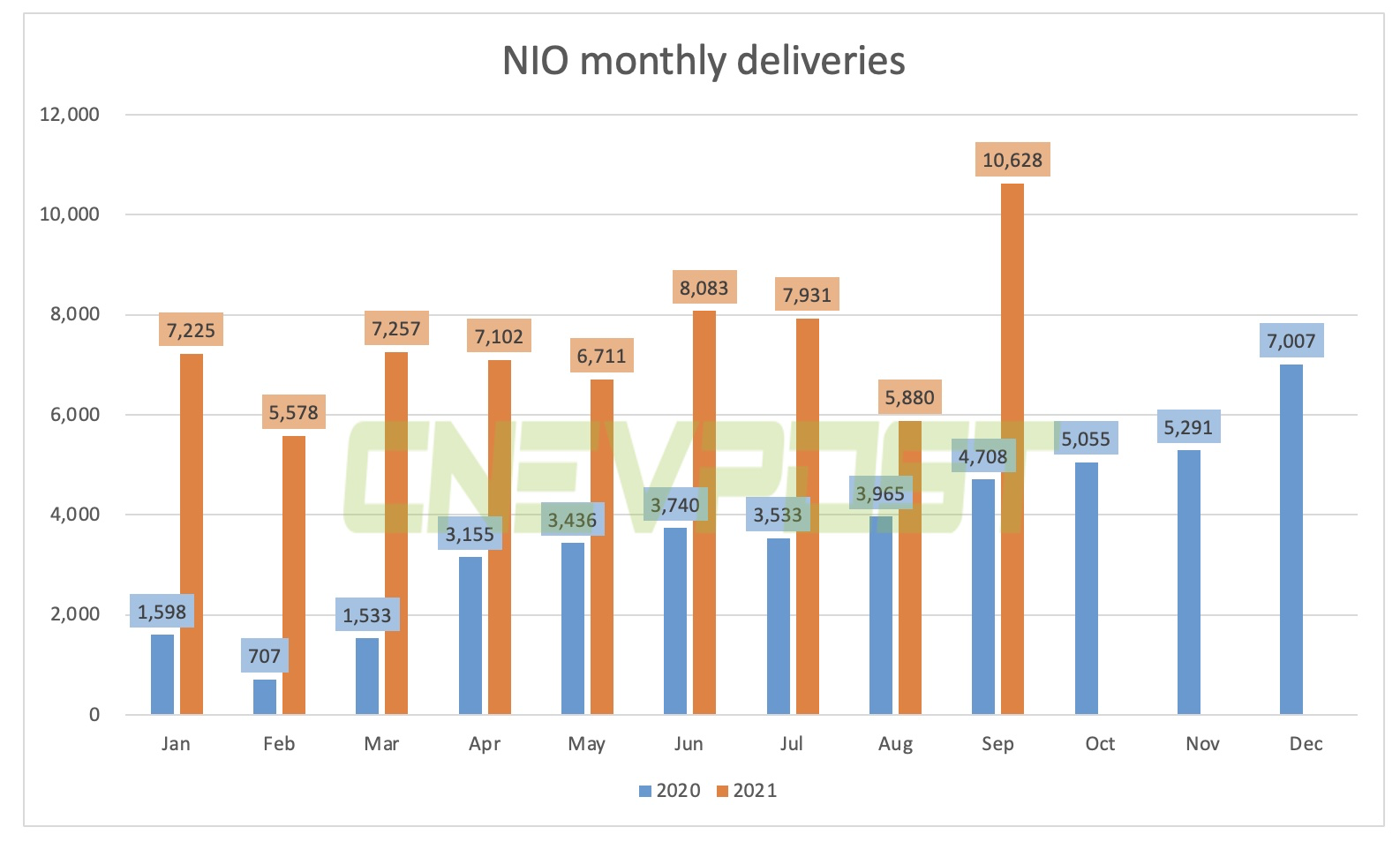 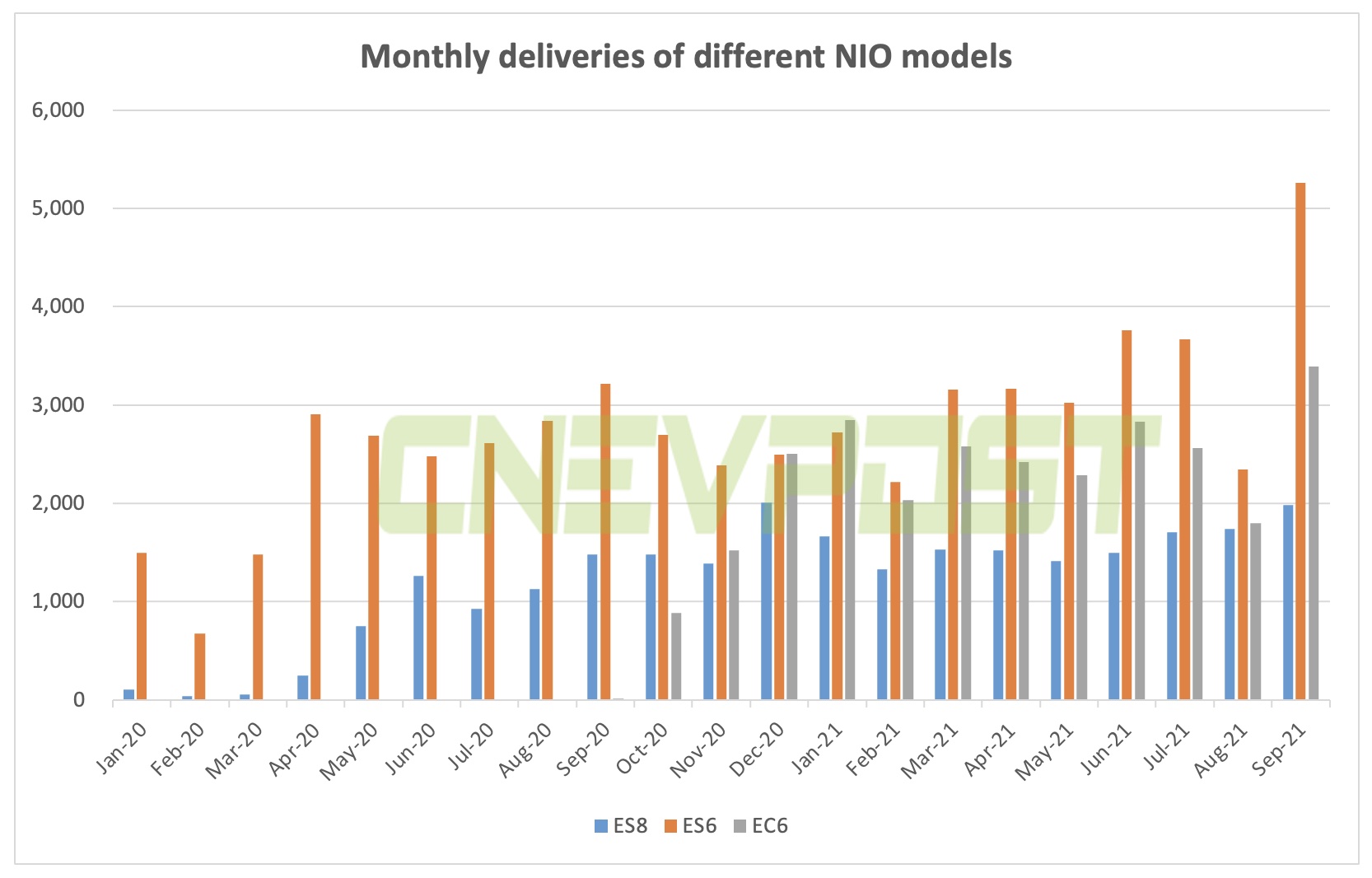 In the third quarter, NIO delivered 24,439 vehicles, exceeding the upper limit of the company's previous guidance. This is also a new high for NIO's single-quarter deliveries and represents six consecutive quarters of positive growth.

On September 1, NIO announced August deliveries while lowering its previous expectations for third-quarter deliveries by 500-1,500 units to 22,500-23,500 units.

As of September 30, cumulative deliveries of all NIO models reached 142,036 units.

On September 30, the NIO ES8's price in Norway was officially announced, and NIO said it had started the first deliveries of vehicles there, but did not disclose how many had been completed.

Despite the strong delivery performance in September, NIO's concerns about the supply chain remain.

Jiemian.com quoted an unnamed NIO source as saying that a supplier in Nanjing, which caused a drag on its deliveries in August, has been supplying normally, but that the Covid-19 outbreak in Malaysia has not been fully lifted.

"Our supply chain team is actively working with our suppliers to resolve the issue, and there is still uncertainty in the global supply chain," the source said.

On September 1, NIO blamed the decline in August deliveries on the impact of Covid-19 on its supply chain, saying that the single supplier of A/B pillar interior panels for the ES6 and EC6, the Nanjing Nantiao Quanxing plant, shut down production for a period of time, affecting supply. However, the supplier has resumed production.

Separately, the Covid-19 outbreak in Malaysia affected chip production at STMicroelectronics, which is a supplier of Bosch ESP, thus affecting Bosch's supply to NIO, the company previously said.