Home Industry Leap Motor delivered 4,095 vehicles in Sept, up 432% from a year earlier

Leap Motor's deliveries in September fell about 9 percent from August, which the company blamed on a lack of chip supply. 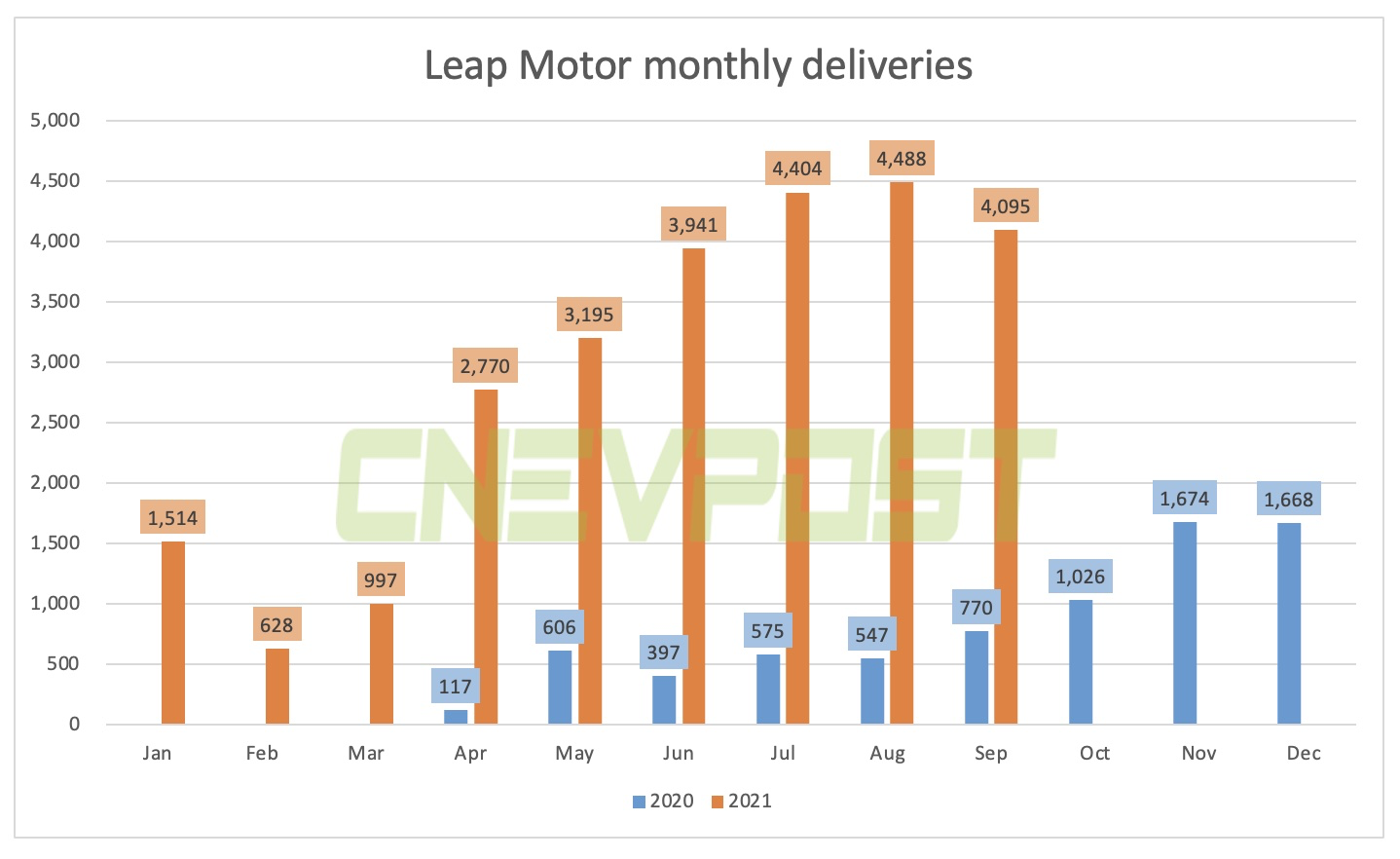 Leap Motor delivered 4,095 vehicles in September, up 432 percent from a year earlier, but down about 9 percent from August, the Chinese electric car startup said today.

The company blamed a lack of chip supply for the September drop in deliveries.

Leap Motor said it received orders for 8,754 units in September and has accumulated 44,416 orders so far this year.

Orders for the T03 model were 7,541 units in September, the company said.

The company's other coupe model currently on sale, the S01, includes two versions with starting prices of RMB 129,900 and RMB 149,900, respectively.

The company's flagship SUV, the C11, officially opens for pre-sale in early 2021, goes on sale on September 29 and deliveries begin in October.

The model will be equipped with Leap Pilot 3.0 driver assistance system, with modules including chip, algorithm, perception and data developed by the company in-house.

Leap Pilot 3.0 uses two of the company's Lingxin 01 chips with up to 8.4T of computing power, which is 3-4 times more than the existing Mobileye EyeQ4 solution.