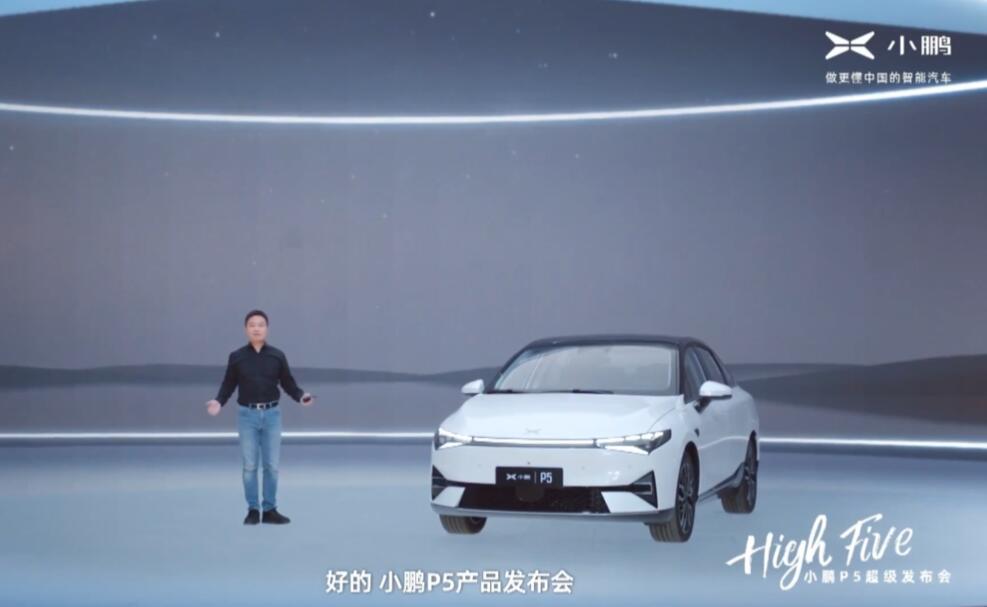 XPeng announced at a press conference on Wednesday that the P5 is immediately available for order in China in six configurations with a subsidized price range of RMB 157,900 ($24,500) to RMB 223,900, and deliveries will begin in late October.

The exact post-subsidy pricing for these models is as follows: 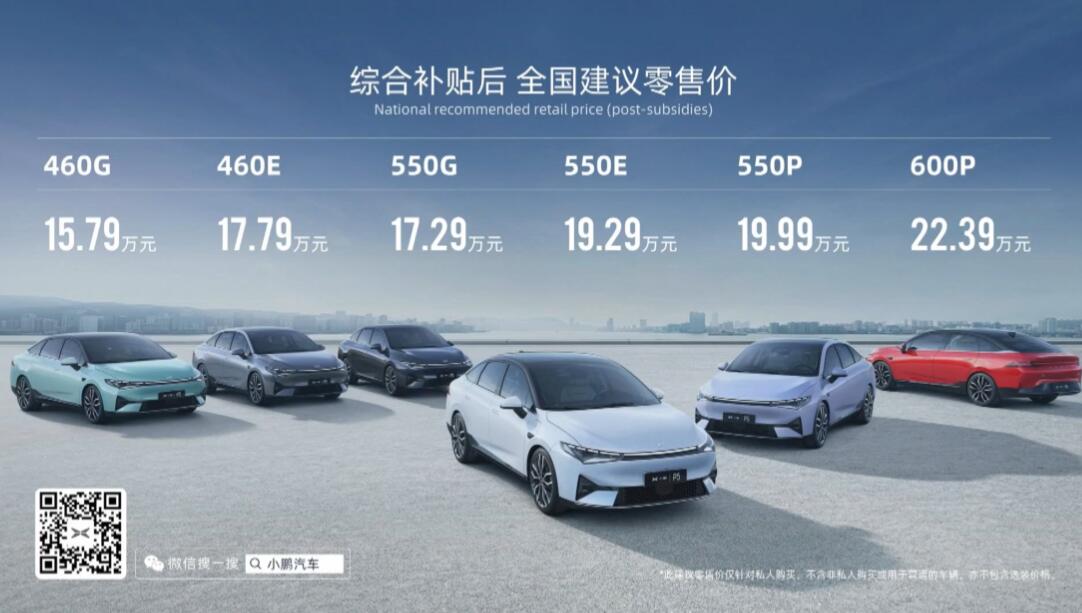 XPeng debuted a new naming scheme on the P5 model, with P representing the model's highest level of intelligence, followed by E and G. The numbers in the names of the different models represent their NEDC range.

The P series with the highest intelligence level offers 550 km and 600 km NEDC range options, while the E series and G series both offer 460 km and 550 km range options.

The battery for the 460 km range model is a lithium iron phosphate battery, while the 550 km and 600 km versions are ternary lithium batteries.

XPeng previously boasted that the P5 is the world's first LiDAR-equipped model, but it is worth noting that only the P Series is equipped with this component, while the E Series and G Series models are not equipped with LiDAR.

The XPILOT 3.5 enables the extension of NGP (Navigation Guided Pilot) from highways to city roads. 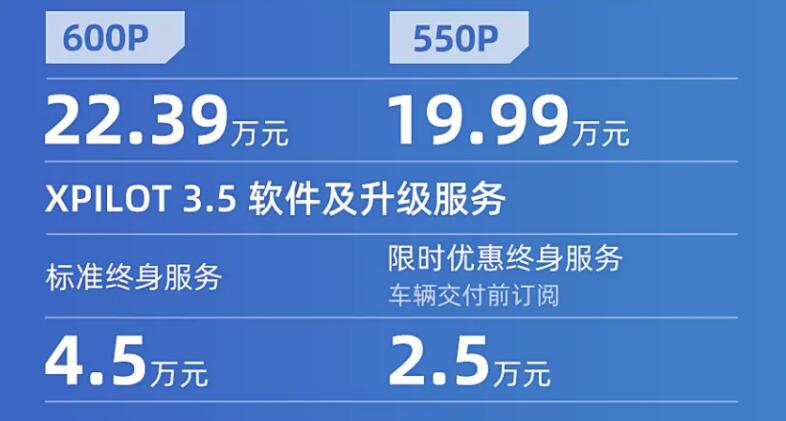 NGP will also be upgraded to NGP-L - a highway NGP with LiDAR - to enable safer and more capable assisted driving on China's highways and expressways, the company said.

XPeng's existing ACC and LCC systems will also be upgraded and enhanced to ACC-L and LCC-L status in P5, which incorporates LiDAR to enable P5 to identify congested vehicles earlier and stationary vehicles more accurately.

"With the P5, we have delivered a new level in sophistication and technological advancement for smart EVs in China, at a competitive price point," said He Xiaopeng, Chairman and CEO of XPeng.

"We believe this is an age of intelligence, and that intelligence will redefine mobility as a whole. Now we have made the best-in-class smart family sedan available at the RMB 200,000 price range, bringing some of the most advanced driver assistance functionality to China’s vast and fast-growing middle-class consumer base," He said.

"We have drawn inspiration from customers’ feedback, especially during the pandemic, and from the best models in the conventional family sedan and recreational vehicle (RV) class, while taking functionality and features to a whole new level," He added.