Home Industry BAIC BluePark sold 4,074 vehicles in Aug, up 91% from a year earlier

BAIC BluePark, BAIC's new energy vehicle brand, sold 4,074 vehicles in August, up 91 percent year-on-year and up about 17 percent from July, according to data released by the company on Wednesday. 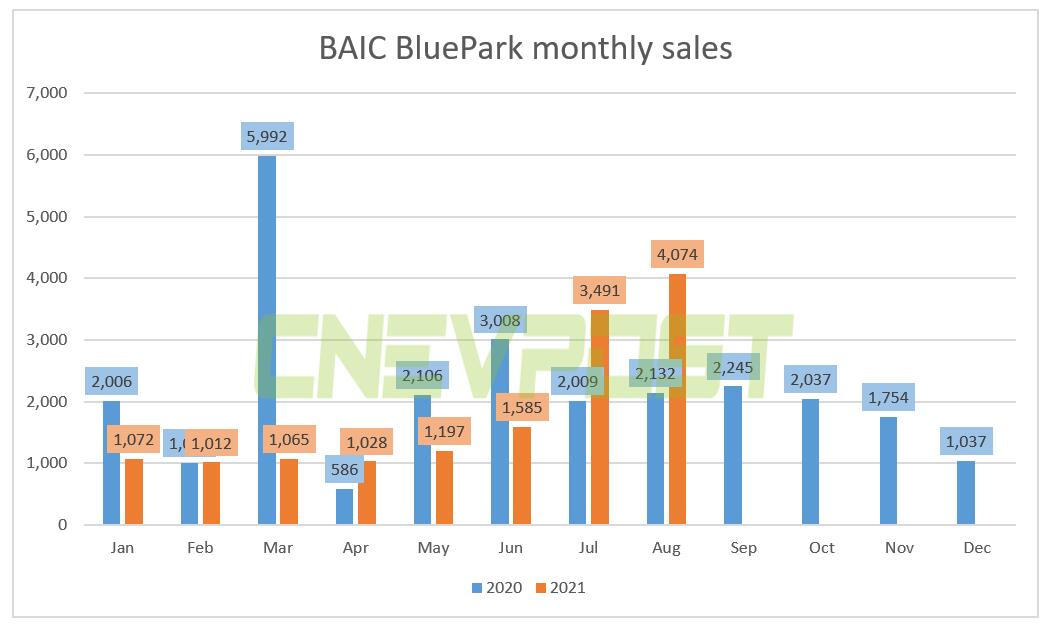 As once the No. 1 local Chinese new energy vehicle brand in terms of sales, BAIC BluePark had a glorious past.

However, BAIC BluePark's business situation has continued to deteriorate in recent years. Its annual sales of 150,600 units in 2019 plummeted to 25,914 units in 2020, and the company explained the plummeting sales as a result of "subsidy withdrawal".

BAIC BluePark's operating income for the first quarter of this year was RMB 830 million, a decline of 50.19 percent year-on-year.

Join our Telegram group to be alerted the moment we publish an article: t.me/CnEVPost
#BAIC#BAIC BluePark#Deliveries
0
Comments (0)