Tesla China's wholesale sales reached a record 44,264 units in August, up 275 percent year-on-year and up 34 percent from July, according to data released Wednesday by the China Passenger Car Association (CPCA). 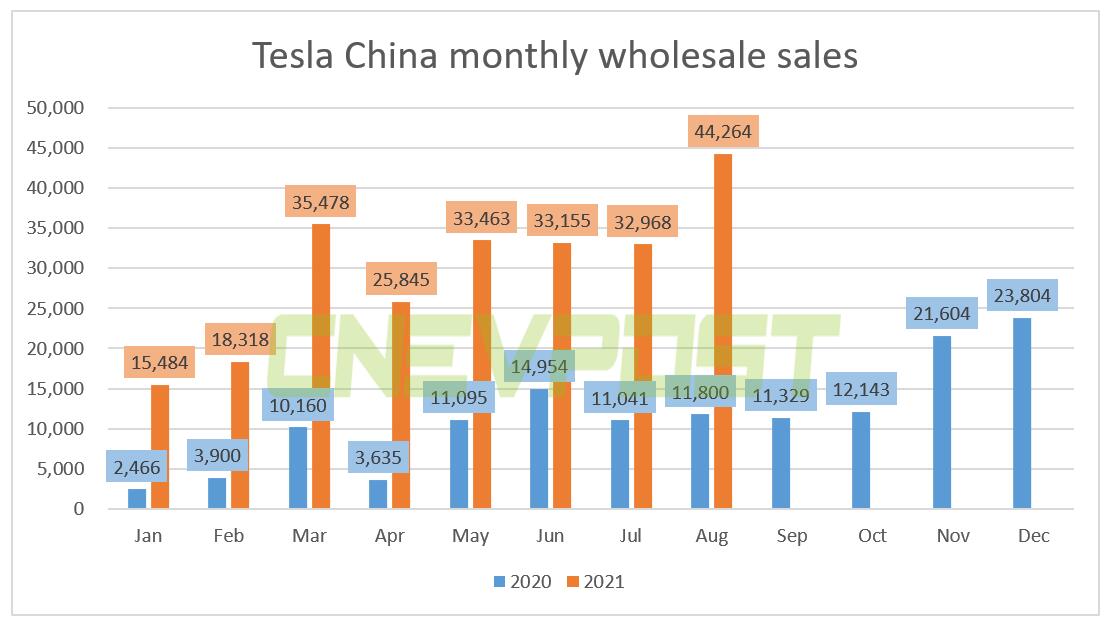 The figures released by the CPCA include Tesla's exports, which stood at 31,379 units. This means that Tesla's August sales in China were 12,885 units.

Notably, Bloomberg reported on September 2 that certain operations at Tesla's Shanghai plant were temporarily shut down in August, with a portion of one production line halted for four days because of a lack of key chips.

The news was not confirmed, which, if true, means that Tesla China's August sales were higher than the CPCA announced.

Tesla China's exports in August were also the highest since data became available, further evidence that the company is using its Shanghai plant as an export hub.

In late July, Tesla said on Weibo that the company had completed the transition of its Shanghai factory as a major vehicle export center.