Chinese auto giant Geely sold 8,201 new energy vehicles in August, up 24 percent year-on-year and up 5 percent from July, according to data released by the company on Monday. 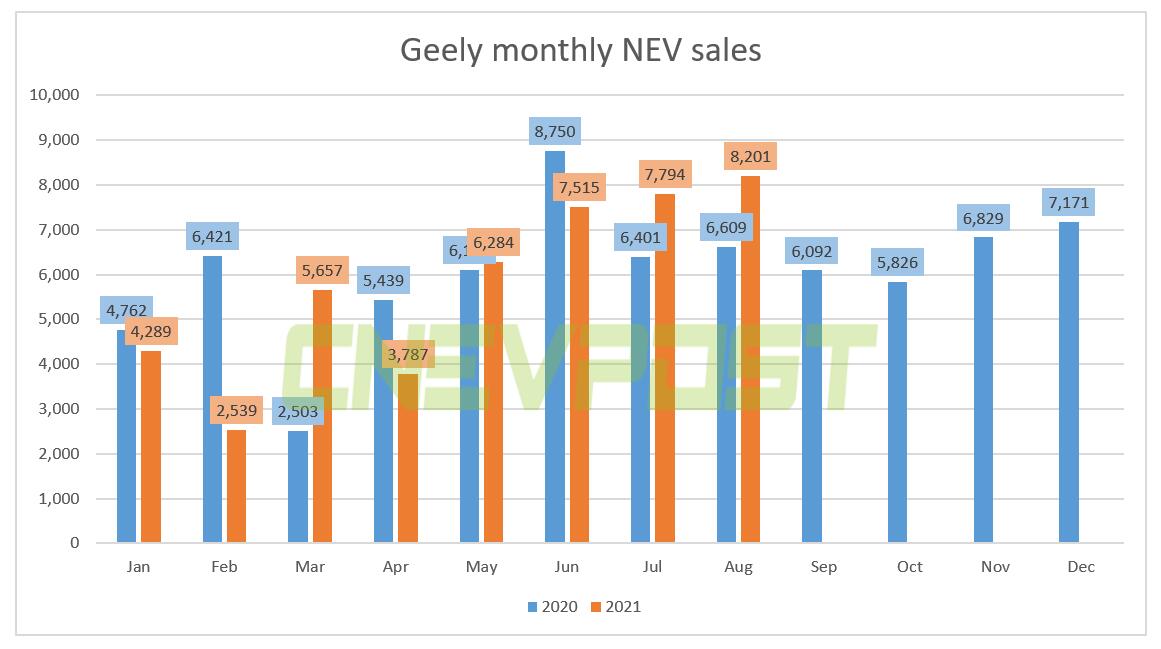 The company said the Covid-19 outbreak in some regions and a global chip supply shortage affected its deliveries in August, but retail sales were still at an all-time high for the same period.

Geely exported 6,225 units in August, down 2 percent from a year earlier.

The company's total sales in China in August were 82,123 units, down about 23 percent from a year ago.