XPeng Motors delivered 7,214 vehicles in August, up 172 percent year-over-year, but down 10 percent from July. 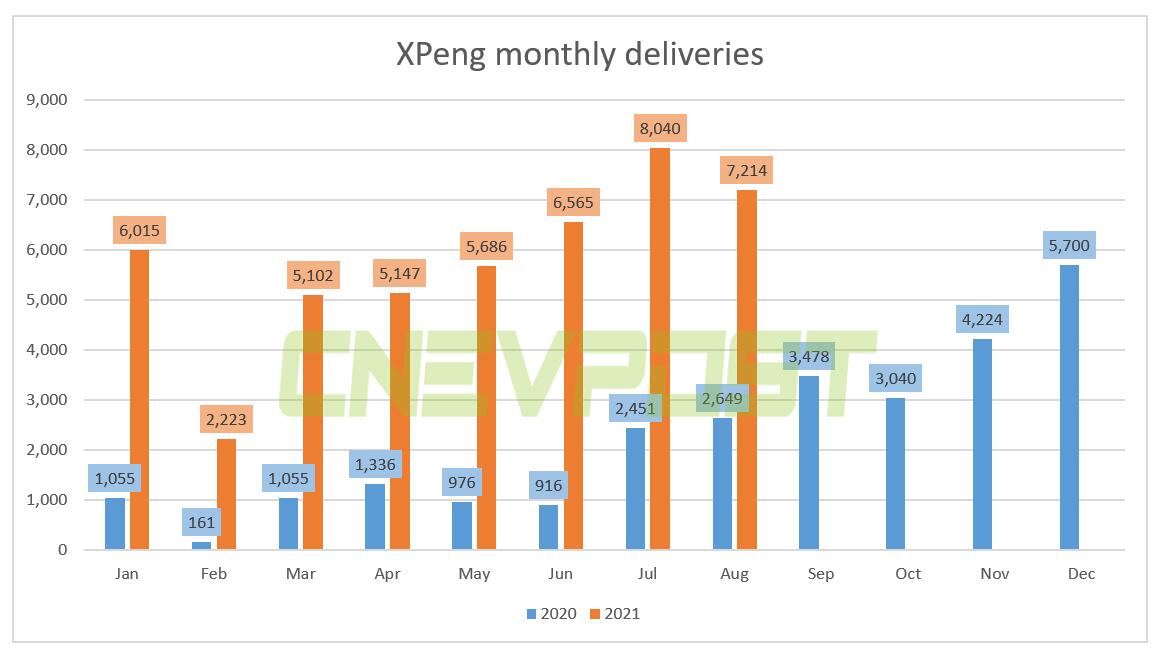 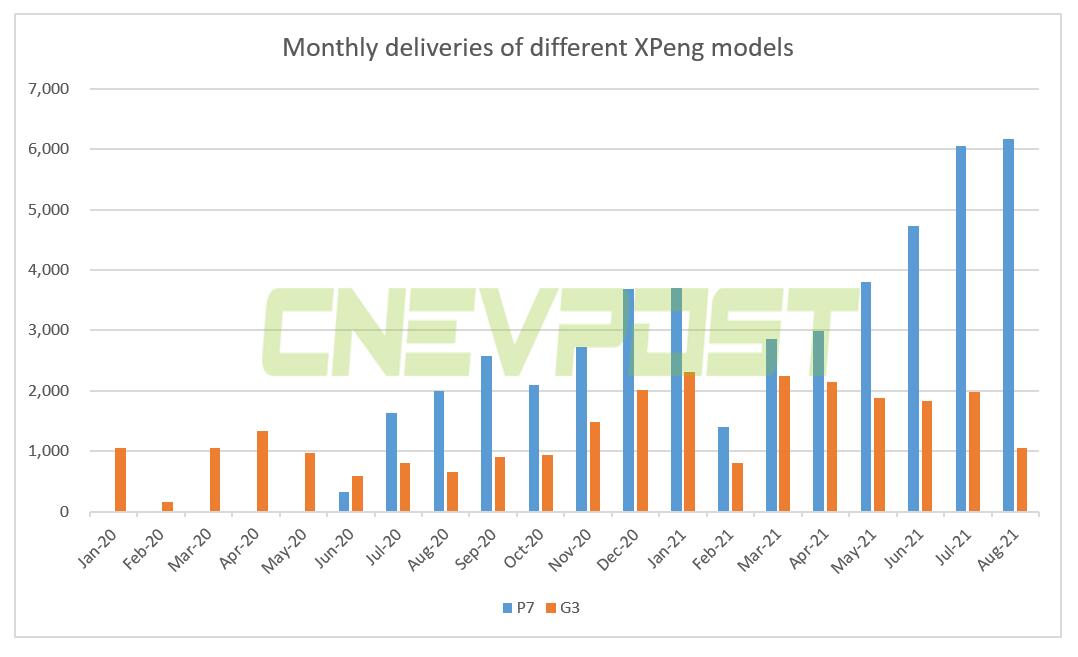 XPeng has delivered a total of 45,992 units from January to August this year, up 334 percent year-over-year.

It is worth noting that the decline in G3 deliveries was to be expected as its facelifted model, the G3i, is about to be delivered.

More potential consumers will naturally prefer not to buy the older model when a higher-spec model is available.

Meanwhile, XPeng is also revamping its production line to produce the G3i.

In a conference call following XPeng's second-quarter earnings announcement last week, He Xiaopeng, the company's chairman and CEO, said that production preparations for the G3i and the shift to that model will have an impact on G3 and G3i production and deliveries for several weeks.

"We plan to start deliveries at the end of August and will increase delivery scale in the next quarter," he said.

As the Zhaoqing plant further releases capacity, XPeng is expected to reach 15,000 units in a single month in the fourth quarter, he said at the time.

XPeng said Wednesday when announcing August deliveries that the company had completed the switch from G3 to G3i production in August and that the G3i would enter large-scale delivery phase starting next month.

The XPeng P5 will be officially launched and announced with specific pricing on September 15, with official deliveries starting in October, the company said.

The expansion project at the Zhaoqing plant has already started, and within the first half of next year it will increase its designed capacity to more than 200,000 units per year. Construction of the Guangzhou plant is progressing well and it expects to be able to officially start mass production in the third quarter of next year, it said.

XPeng said it is accelerating the construction of its sales and service and charging network, with 200 sales stores and 231 XPeng-branded supercharging stations as of the end of June.

By the end of the year, XPeng will have more than 350 sales stores and 500 of its own supercharging stations.