NIO's deliveries in August fell sharply from the previous month due to the severe impact of Covid-19 on its supply chain, causing the company to lower its previous guidance for deliveries in the third quarter.

NIO delivered 5,880 vehicles in August, up 48 percent year-over-year and down about 26 percent from July. This is a new low since February when NIO delivered 5,578 vehicles. 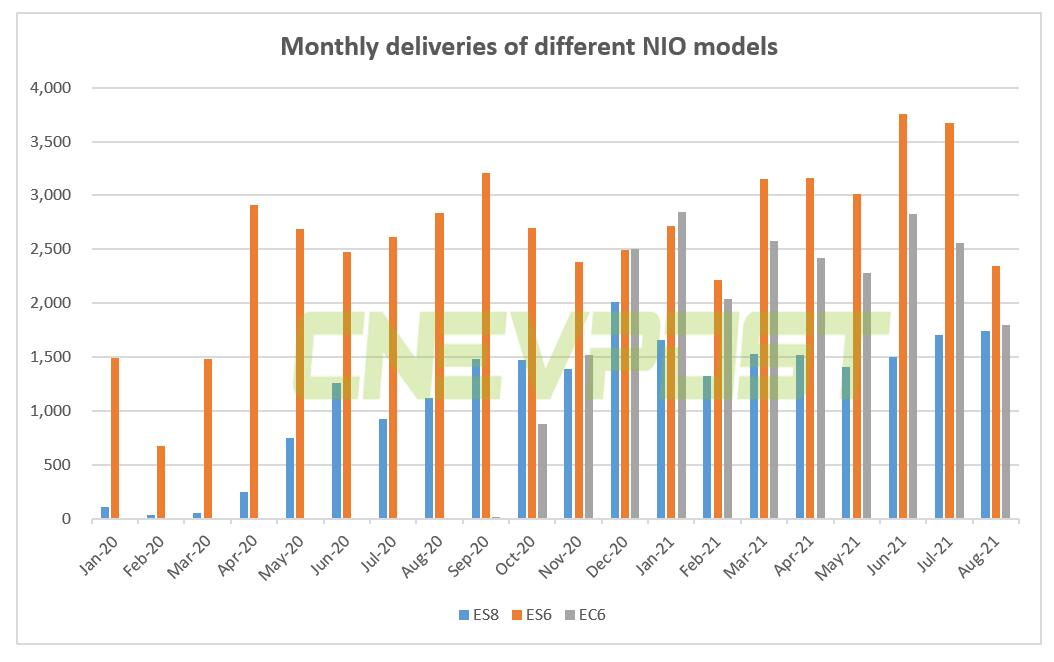 In announcing the August deliveries, NIO lowered its previous expectations for third-quarter deliveries by 500-1,500 units.

NIO blamed the decline in August deliveries on the impact of Covid-19 on its supply chain, saying that the sole supplier of A/B pillar interior panels for ES6 and EC6, Nanjing Nantiao Quanxing, stopped production for a period of time, which affected supply. The supplier has now resumed production, it said.

In addition, the Covid-19 outbreak in Malaysia affected chip production at STMicroelectronics, which is a supplier of Bosch ESPs, thus affecting Bosch's supply to NIO.

The company said internal calculations showed the Covid-19 in August affected the company's production of about 2,000 to 3,000 units for the month.

The company hopes to try to make up for the August production loss in September by collaborating with supply chain partners and adjusting the plant's production pace. But even so, this will still have an impact of about 1,000 to 2,000 units on its overall quarter.

So far this year, NIO has delivered a cumulative total of 55,767 vehicles, up year-over-year.