Tesla and NIO battery supplier CATL reported a net profit of RMB 4.48 billion ($690 million) in the first half of the year, up 131.45 percent year-over-year and beating market expectations of RMB 3.2 billion.

The company achieved revenue of RMB 44.08 billion in the first half of the year, up 134.07 percent year-over-year, beating expectations of RMB 41.13 billion, according to the company's earnings report released Wednesday evening.

Notably, Hillhouse Capital's stake in the company dropped from 2.27 percent to 1.92 percent.

Driven by downstream demand for lithium batteries, it generated RMB 4.98 billion in sales revenue from lithium battery materials, up 303.89 percent year-over-year, with a gross margin up 12 percent to 36.6 percent.

Top Chinese investment bank CICC maintained its earnings forecasts for CATL at RMB 11 billion, RMB 24 billion and RMB 38 billion for 2021, 2022 and 2023, respectively, in a report on Thursday, with the current share price corresponding to 112.3x, 51.5x and 32.5x P/E ratios for the three years.

The analysts maintain an Outperform rating and a price target of RMB 653, implying a 23 percent upside from CATL's Wednesday closing price of RMB 530.24.

In the first half of the year, CATL's lithium battery capacity and output were 65.45 GWh and 60.34 GWh respectively, with a capacity utilization rate of 92.20 percent, close to full production.

With CATL's current annualized lithium battery capacity reaching 131 GWh and 92.5 GWh of capacity under construction, the analysts expect the company's total capacity to exceed 200 GWh by the end of 2021.

CATL's stock traded in Shenzhen was up over 5 percent at the opening but has now turned down. 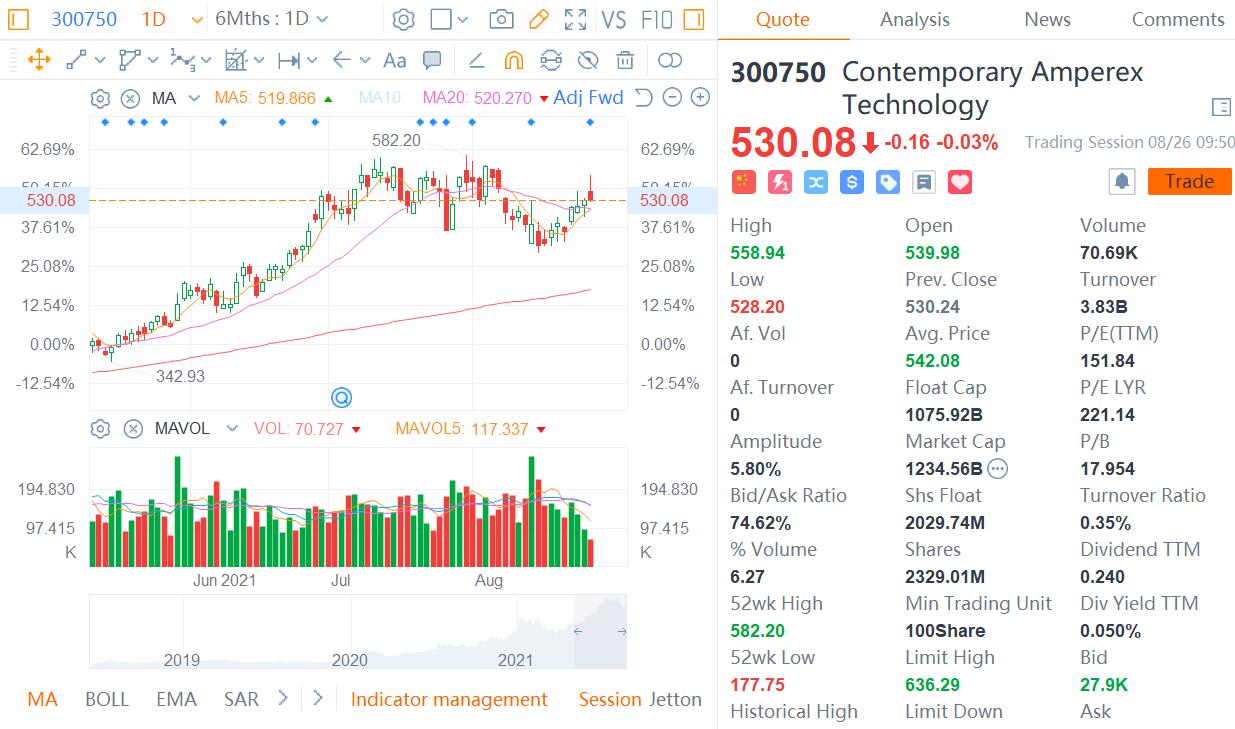