In the wake of a fatal NIO ES8 accident, NIO has begun requiring users to take a test before using the assisted driving feature.

The NIO App pushed out the NIO Pilot exam to owners on Monday, featuring a six-minute video and ten quiz questions, according to electric vehicle industry forum ddxq.tech. 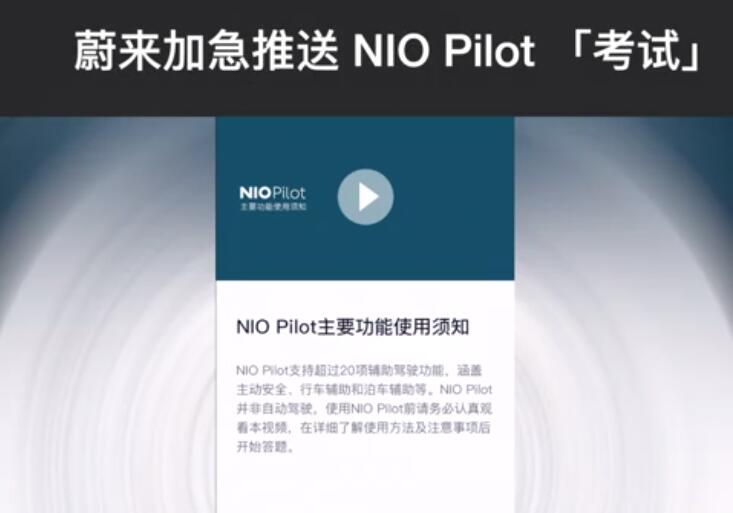 The video introduces the key features and things to know about NIO Pilot and re-emphasizes that NIO Pilot and NOP (Navigation on Pilot) are assisted driving features, not autonomous driving and that the driver must always be in control of the driving during use.

Pilot is an assisted driving feature that helps the driver control the vehicle, cruise adaptively within a set speed, and stay in the lane when the lane lines are clear, the video says.

The video also details NIO Pilot, how NOP turns on, how to change lanes, how to set range speed, distance, special, high scenario alerts, and inability to respond to road conditions.

The video repeatedly emphasizes that drivers need to stay focused at all times when using it, and that they need to remind others to watch this video in its entirety when handing over the vehicle to them and confirm that they understand and master the use of NP and the precautions.

The video was played before the user was answered and rewarded with 200 NIO Credits after all were correct. 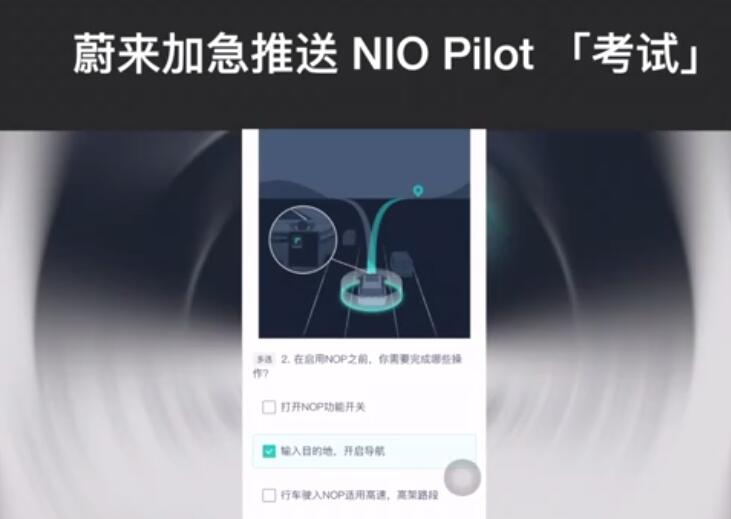 The move makes NIO the latest car company to require users to take a test before using the assisted driving feature.

One of China's most aggressive companies in the autonomous driving space, NIO's counterpart XPeng introduced an exam system in March this year that requires users to take a test before they can use its NGP (Navigation Guided Pilot) feature.