A Tesla vehicle spontaneously combusted in an underground garage in a residential area of central Guangzhou around 14:00 on August 22, affecting a BMW sedan parked next to it, local media Southern Metropolis Daily reported on Monday. 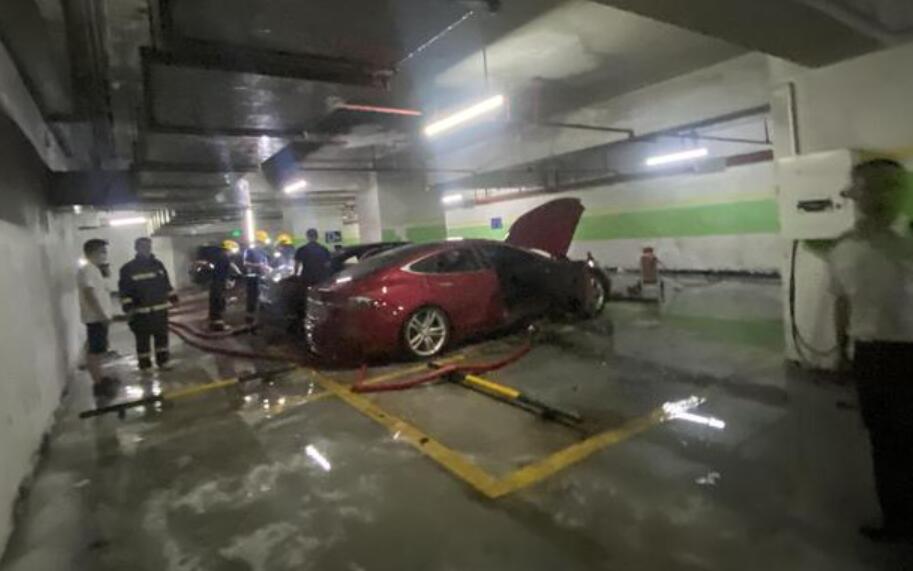 Three Tesla workers came to the scene after the accident and wanted to tow the car back to the factory for inspection, but were refused by the Tesla and BMW owners.

The report, citing unnamed sources, said Tesla still won't admit the cause of the fire was spontaneous vehicle combustion, despite evidence from surveillance video.

The Tesla car is still in the garage at the request of the local fire department, pending further investigation.

The report did not mention a specific model, although other local media said it was a Model S.

Tesla responded on Monday afternoon that any "compensation" or "outcome" would have to wait for the results of a third-party appraisal and be handled together with the insurance company, adding that the company would make every effort to communicate with the owner.

It's interesting to note that Tesla's previously released 2020 Impact Report said that when the media reports a vehicle fire, it usually reports an EV fire. " This is likely a result of the novelty of EV technology, rather than the prevalence of EV-related fires compared to ICE vehicle-related fires."

But the reality is that ICE vehicles catch fire at a vastly higher rate when compared to Tesla vehicles. "According to the latest available data, in 2019, there were almost 190,000 vehicle fires in the U.S. alone."

Tesla went on to say:

Due to this public misconception, we decided to start publishing vehicle fire data annually.

From 2012 to 2020, there has been approximately one Tesla vehicle fire for every 205 million miles traveled.

By comparison, data from the National Fire Protection Association (NFPA) and U.S. Department of Transportation show that in the U.S. there is one vehicle fire for every 19 million miles traveled.