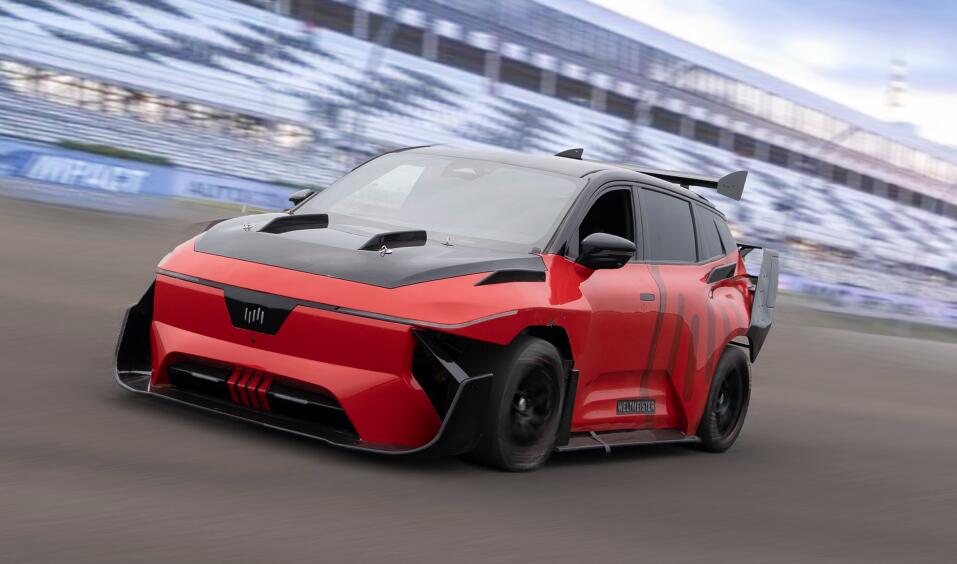 Chinese electric car startup WM Motor's WM Weltmeister, based on its W6 SUV, will be unveiled at the Chengdu auto show starting August 29, and it is claimed to be one of the fastest accelerating cars in the world.

The WM Weltmeister can accelerate from 0 to 100 kilometers per hour in 1.8 seconds, which surpasses the Tesla Roadster, Bugatti Chiron, and Porsche 918 Spyder Hybrid, according to a report by yiche.com on Wednesday.

The car, painted mainly in red and black, has an aerodynamic body with a wide carbon-fiber rear wing that directs airflow and provides plenty of downforces.

The car features a lightweight design with a 1400kWh battery pack developed for FIA events, as well as carbon fiber composite structural components with a water-cooling system.

The car is equipped with twin 400V motors with a maximum output of 600kW and slick tires.

The company said at the time that the WM W6 was the first L4 driverless production model in China, equipped with Baidu Apollo's unmanned autonomous parking system AVP, and the first Chinese model to apply SOA (service-oriented architecture).