(The article has been updated based on the closing prices of the companies mentioned.)

BYD's stock traded in Shenzhen surpassed RMB 300 ($46.3) for the first time, rising by the daily cap of 10 percent as of the close of China's A-share market on Wednesday, with a market capitalization of more than RMB 8800 billion. 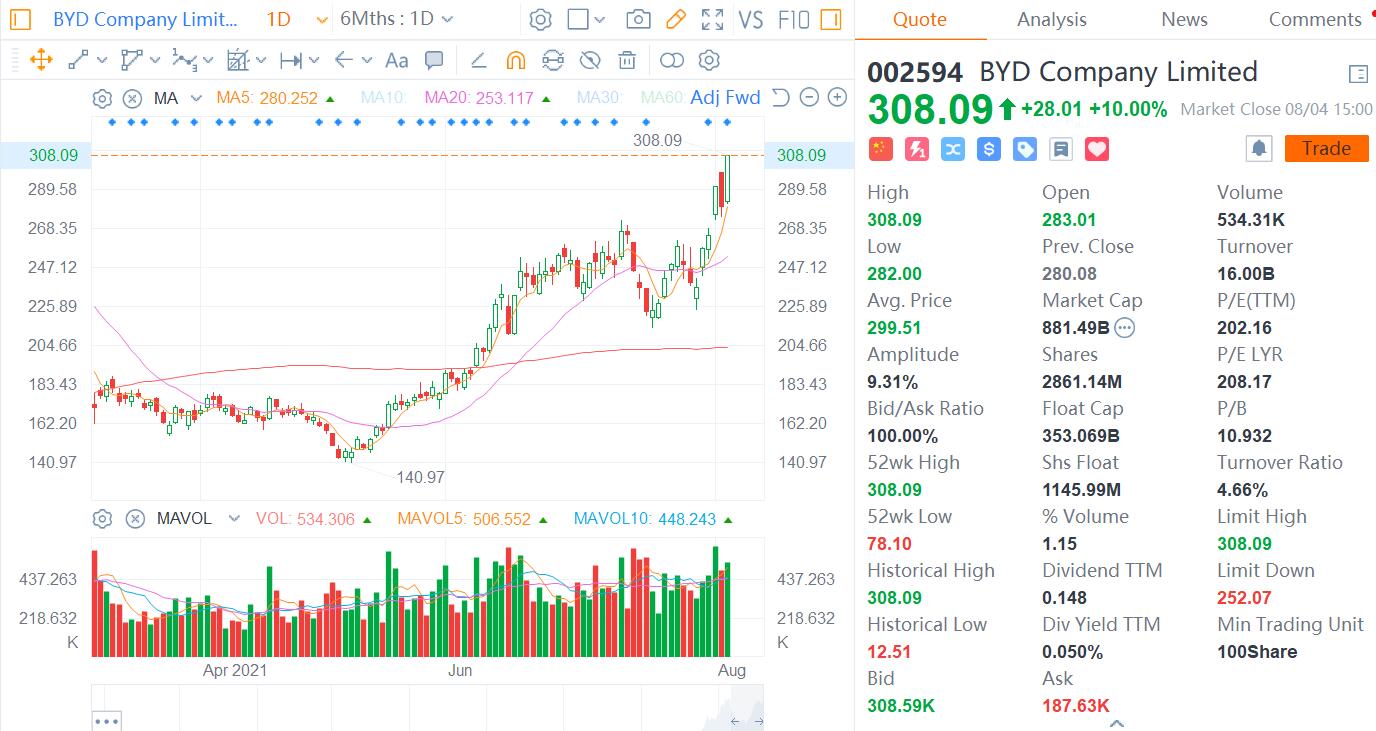 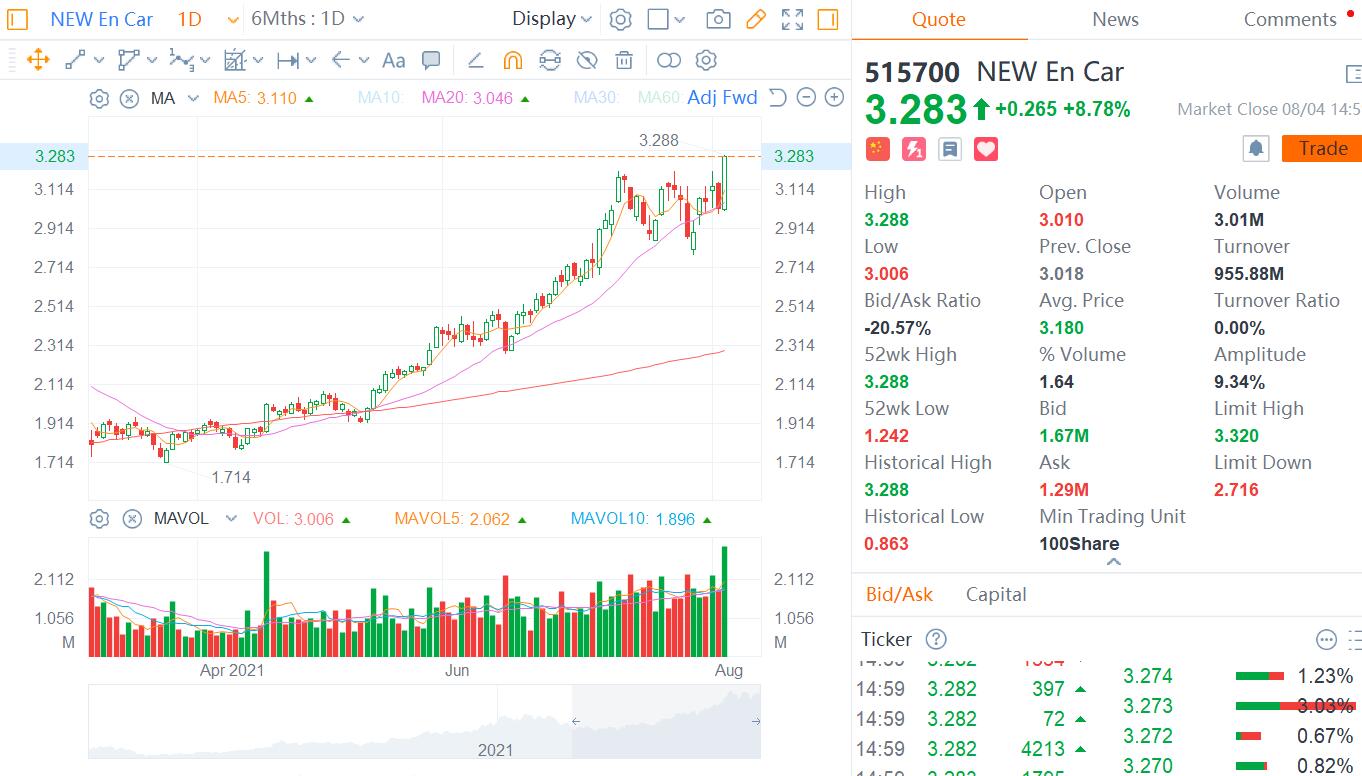 Analysts at Huachuang Securities saw BYD's market capitalization moving toward RMB 1 trillion yuan in a report Tuesday, saying its fundamentals, including its auto business as well as its battery business, are strong.

The combined revenue of BYD's businesses including BYD Electronic, semiconductor, and solar power is expected to exceed RMB 120 billion, valuing the business at about RMB 150 billion, the team expects.

The team also raised the target price of BYD's A-share in China to RMB 360.7, which corresponds to a valuation of about RMB 1032 billion and a PS of 3.8 times. Considering the A/H premium of 1.10, they raised their H-share target price to HKD 327.9.