CATL, the supplier of power batteries to Tesla and NIO, will hold a sodium-ion battery launch event on July 29 at 15:30 Beijing time, the company said Tuesday.

The company announced this on its official WeChat account, without giving further details. 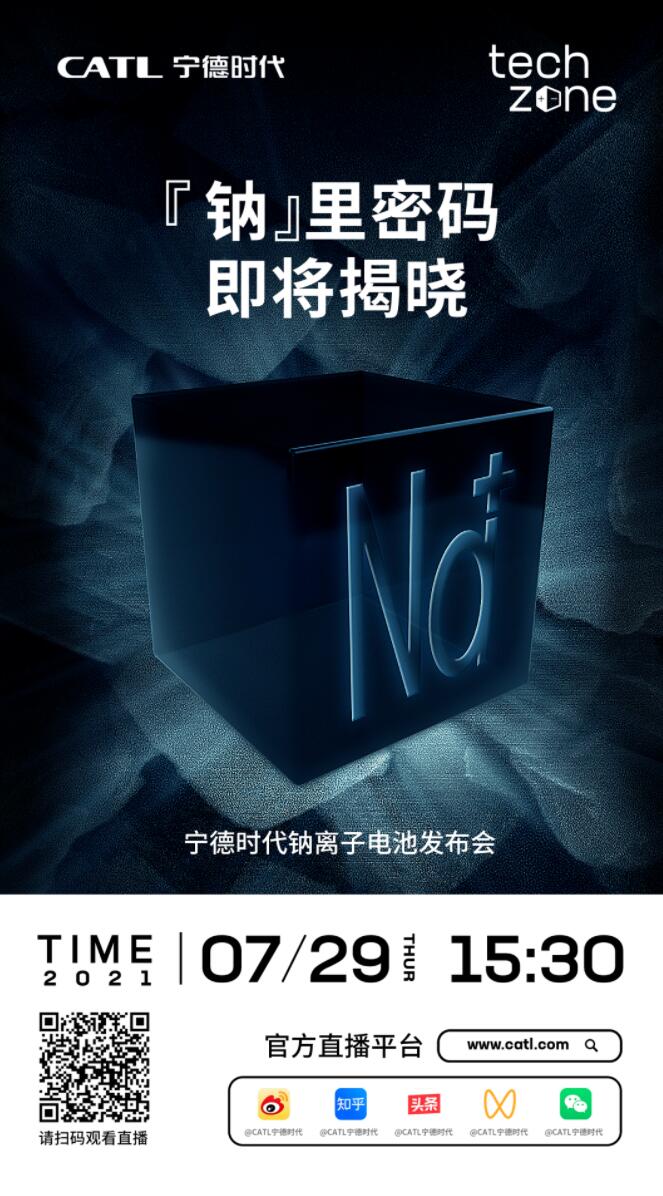 CATL chairman Robin Zeng said at its annual shareholders' meeting on May 21 that the company will launch the sodium battery around July.

The sodium-ion battery from CATL may be from this lab.

In June 2018, China's first low-speed electric vehicle with a sodium-ion battery provided by HiNa Battery was demonstrated on the campus of the Institute of Physics of the Chinese Academy of Sciences.

It is worth noting, however, that the current energy density of sodium-ion batteries can only reach 120 Wh/kg.

Chinese battery company Farasis Energy said on April 1 that it had developed and validated a next-generation electric vehicle battery with an energy density of 330Wh/kg.

In a report released on Monday, CITIC Securities analyst Song Shao Ling's team said that in an era of energy change, sodium-ion batteries are expected to gain adoption at an accelerated pace due to their clear advantages in terms of resource quantity and cost.

The abundance of sodium-ions, the main charge carrier of sodium-ion batteries, is about 2.36 percent in the earth's crust, much higher than the 0.002 percent of lithium ions, the report said, adding that various countries can use seawater to prepare sodium salts, so the resource division is uniform.

Sodium-ion compounds are highly accessible and therefore stable and inexpensive at about RMB 250 per ton, 1/50th the price of battery-grade lithium carbonate, the team wrote.

With the cost advantage, sodium-ion batteries are expected to be commercialized in scenarios such as energy storage, construction machinery, communication base stations and two-wheelers with lower energy density requirements, the team said.