For the first half of 2021, Great Wall Motor reported revenue of RMB 62.159 billion ($9.6 billion), up 73 percent year-over-year, according to figures the company announced on July 20.

Great Wall Motor's sales in the first half totaled 618,211 units, up 56.5 percent year-over-year, figures previously released by the company showed.

Its overseas sales totaled 61,672 units, up 200.3 percent year-over-year and accounting for nearly 10 percent of overall sales.

Its Haval brand accumulated sales of 391,541 units in the first half of the year, an increase of 49.3 percent year-over-year, placing it at the top of the Chinese SUV market sales. Its Haval H6 won the top SUV sales in China for a total of 97 months.

Its pickup models sold 118,066 units globally in the first half of the year, up 23.2 percent year-over-year, with a market share of nearly 50 percent in China.

In June, the Tank 300 sold 7,160 units, up 17.6 percent from the previous month, a new monthly sales high since its launch. Cumulative sales of the model reached 33,073 units in the first half of the year.

Great Wall Motor's sales in Russia in the first half of the year totaled 16,235 units, up 144 percent year-over-year, and its Haval brand ranked among the top 10 passenger car sales in Russia for four consecutive months.

As of press time, Great Wall Motor, which trades in Shanghai, was up by the daily limit of 10 percent to RMB 50.07. Its shares have risen 46 percent in the past two months. 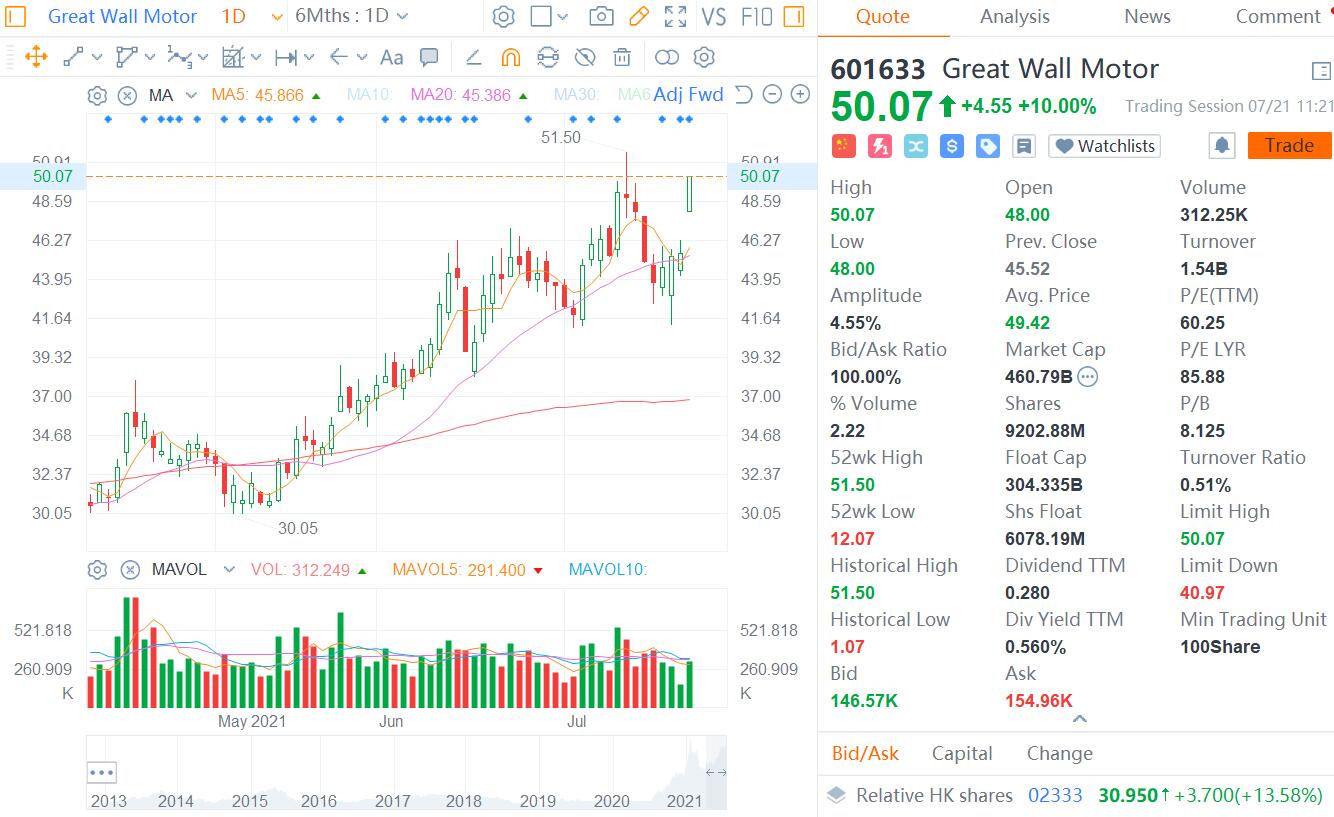