XPeng says P5 gets over 5,000 orders in 7 hours after opening for pre-sale

XPeng Motors' less expensive sedan, the P5, has received more than 5,000 orders in seven hours after opening for pre-sale, the company said Saturday.

XPeng announced earlier today at the Guangdong-Hong Kong-Macao Greater Bay Area International Auto Show in Shenzhen that the P5 was available for pre-sale and announced its price range of 160,000 yuan ($24,700) to 230,000 yuan.

On Saturday evening, XPeng announced the preliminary order numbers and said 70 percent of those who pre-ordered opted for the LiDAR-equipped model. 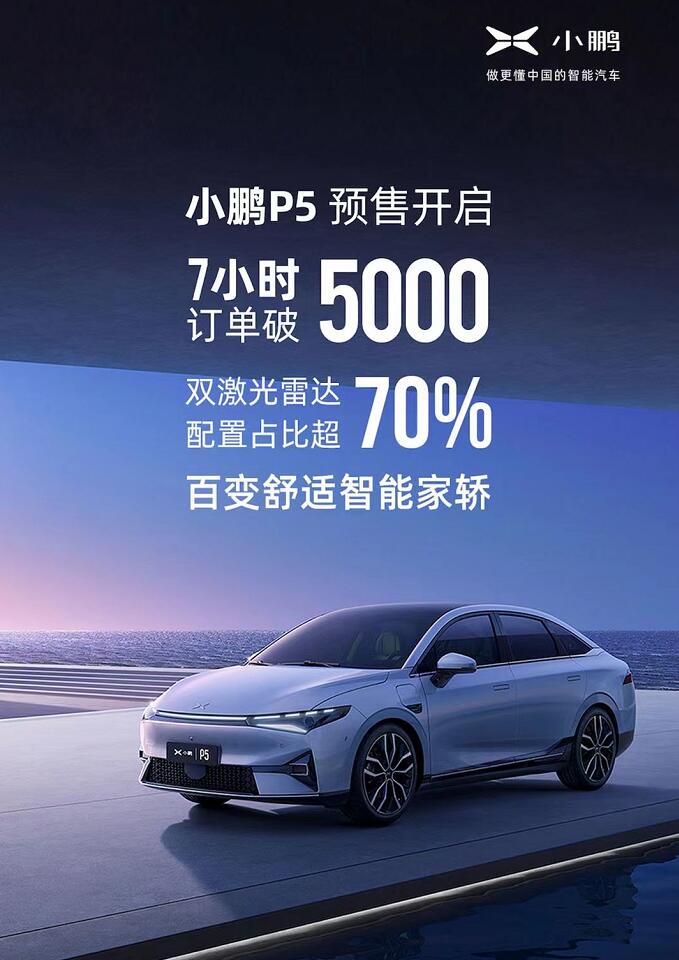 XPeng debuted a new naming scheme for the P5 model, with P representing the model's highest intelligence rating, followed by E and G. The numbers in the names of the different models represent their NEDC range.

XPeng previously boasted that the P5 is the world's first LiDAR-equipped model, but it is worth noting that only the P series is equipped with this component, while the E series and G series models are not equipped with LiDAR.

It is worth noting that the number of orders announced by XPeng should refer to the number of users who have paid a small intention deposit.

The company is accepting an RMB 5,000 deposit, which can be refunded at any time, and users can change the configurations at any time during the pre-sale period.

If a user participates in the pre-sale, then their RMB 5,000 intent payment can be credited against RMB 10,000 of the purchase price of the vehicle. 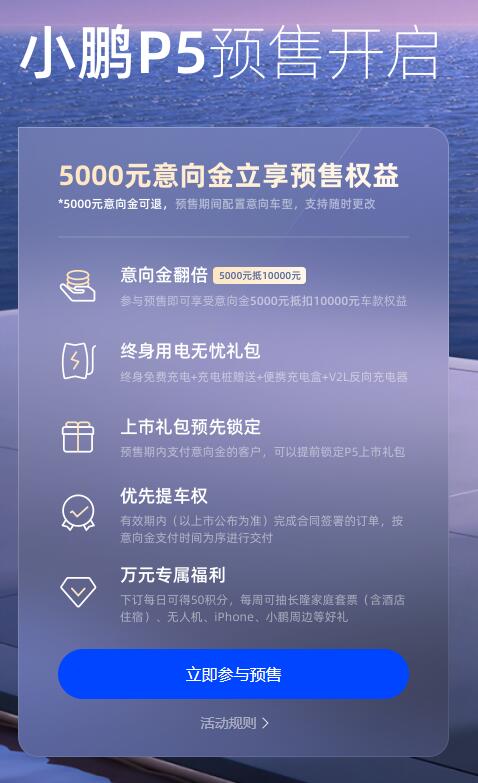 The number of orders announced by XPeng is more of a publicity trick, which has been used frequently by Chinese smartphone makers before.

When new smartphones are launched, smartphone makers typically allow users to pay a refundable RMB 100 to pre-order and boast that their models have received millions of pre-orders within hours to attract more people to buy them. 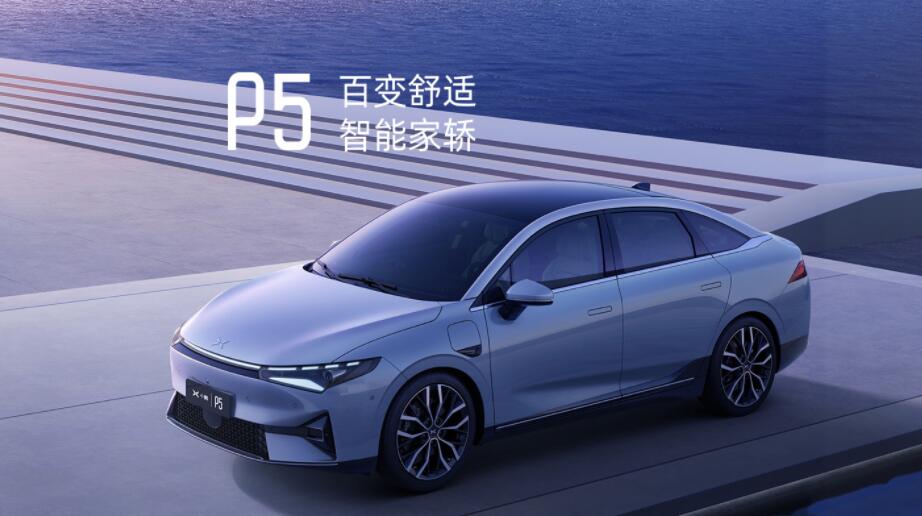