CATL signs deal with Chinese city to establish another headquarters

CATL, China's largest automotive lithium-ion battery maker, signed an agreement on July 14 with the city of Yibin in southwestern China's Sichuan Province to establish another headquarters for the company there.

In addition to the new headquarters, CATL will also work with Yibin to build a production base, an industrial ecosystem, an international training center, a new energy academy and a new energy industry fund.

CATL and Yibin have signed one to six phases of the battery maker's wholly-owned subsidiary's project to produce power batteries in Sichuan.

Within a three-hour logistics time, CATL's power cells could be on the production lines of car companies in Chengdu or Chongqing, the company said last month.

CATL Chairman Robin Zeng previously said the base is an important part of CATL's globalization layout, making it the company's strategic and most important power battery production base in southwest China.

According to plans when the first phase of the project began in late 2019, CATL will invest RMB 10 billion on a site of approximately 1,000 mu to build a power battery production line with an annual capacity of 30 GWh.

The company previously said in April that it was ready to spend RMB 29 billion to build three battery projects in Yibin, Sichuan province, Zhaoqing, Guangdong province and Xiapu, Fujian province. 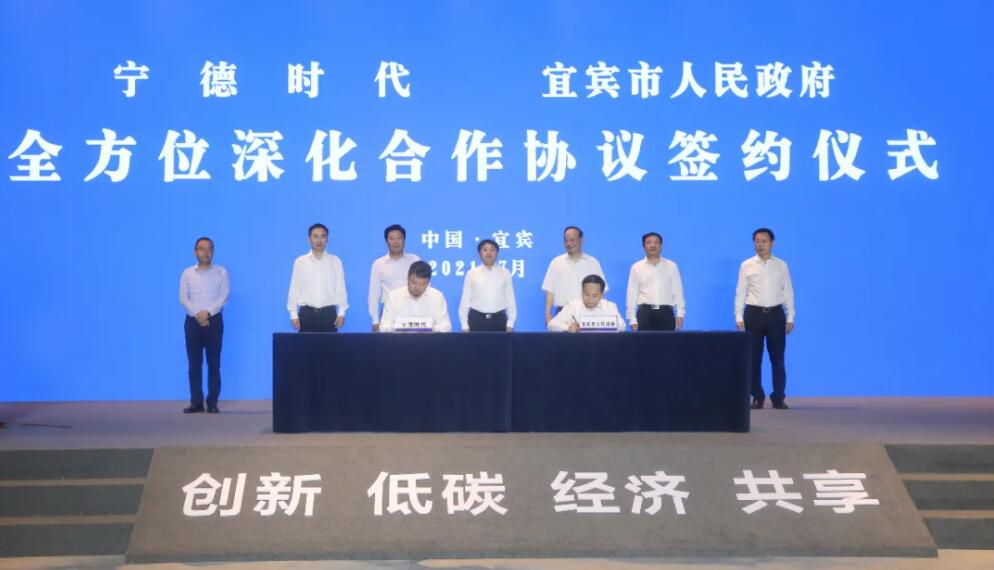