Uxin, a US-listed Chinese used car online dealership, announced on Tuesday the closing of the first tranche of its financing of up to $315 million announced a month ago.

Under the deal, Uxin has issued a total of 29,129,040,416 shares of senior convertible preferred stock for an aggregate amount of $100 million.

More than a dozen of its significant investors have agreed not to sell their shares in the company for nine months from July 12, 2021, Uxin said.

Uxin also announced changes to its board of directors, appointing William Li, founder, chairman and CEO of NIO, and Liu Erhai, founder of Joy Capital, as directors of the board, in accordance with the arrangements set out in the agreement.

On June 15, 2021, Uxin announced that it had formally signed a financing agreement with NIO Capital and Joy Capital for a potential total of $315 million.

Li said at the time that the used car market in China has exponential growth potential and believes Uxin will continue to lead the development of China's used car market and help the industry reach new heights in quality and reliability.

Uxin was created in 2011 and went public on Nasdaq in June 2018. Its businesses include used car trading, auto finance, logistics and transportation, after-sales protection and maintenance.

"As a leading player in the deep used car market, Uxin has long attracted a variety of investors. 2021 saw the company receive another investment from NIO Capital," the report said.

TF Securities believes that Uxin is valued by NIO Capital for its leading position in the online used car market.

The investment in Uxin will further improve NIO's position in the future car trading scenario, and the partnership with NIO Capital will provide the company with a bridge to the possibilities of cooperation with NIO, bringing more imagination to Uxin's growth, the report said.

Uxin closed Tuesday's trading up about 9 percent to $3.66. 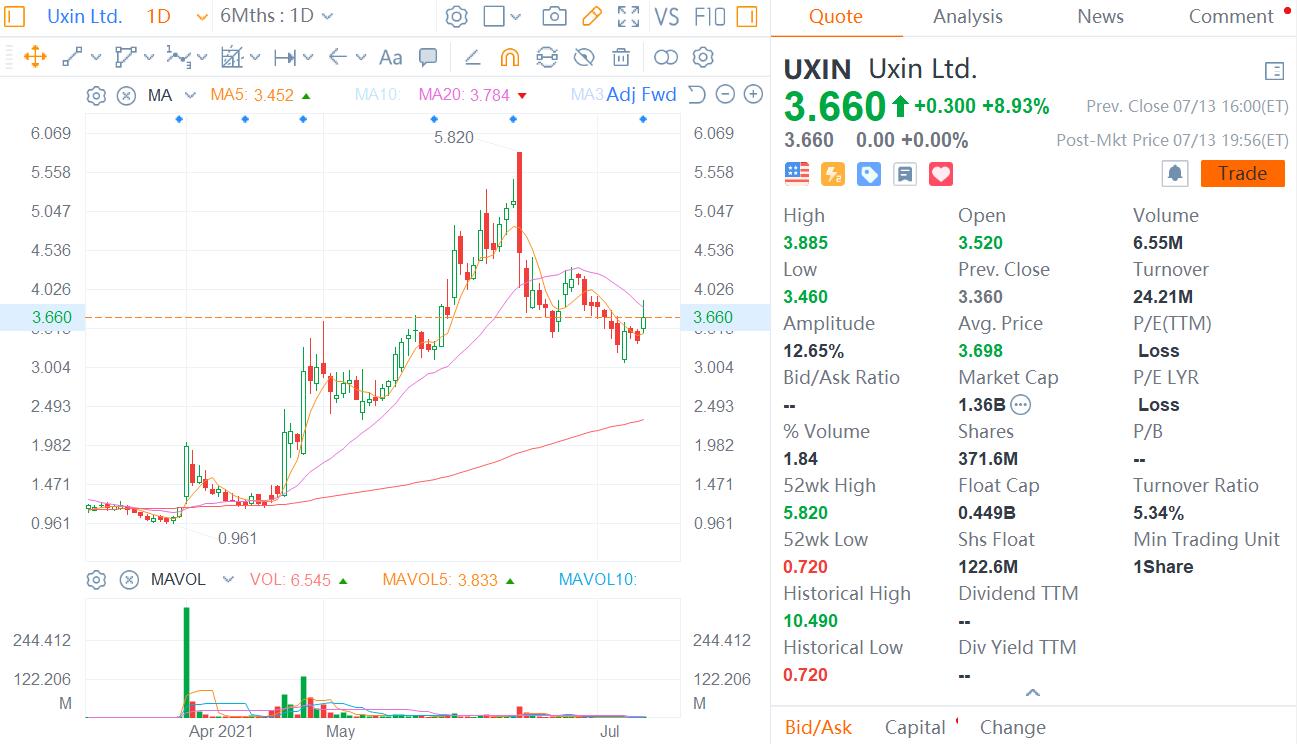