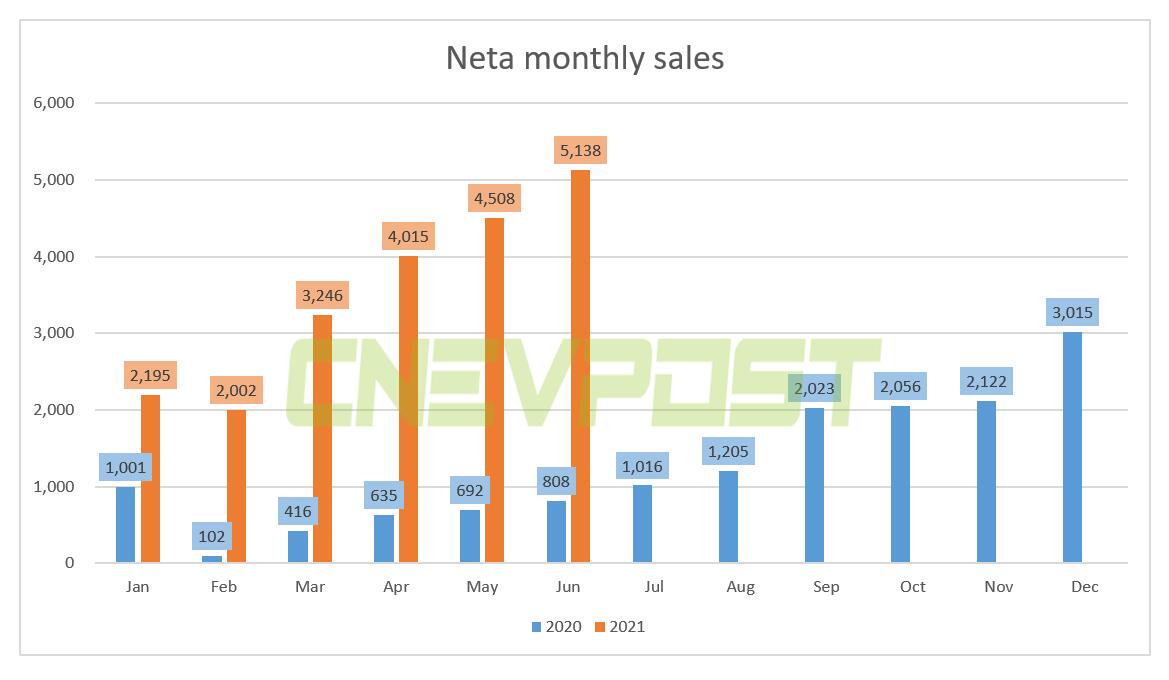 Neta Automobile earned a lot of praise for outselling Li Auto in May. Now, with Li Auto's big jump in deliveries in June, it has been overtaken again.

This is the third consecutive month that Neta has sold more than 4,000 cars, with 4,015 and 4,508 cars sold in the previous two months, respectively.

Neta was previously unnoticed, but in May its deliveries surpassed Li Auto, making it one of the top three new car makers in China.

Li Auto, which had previously been ranked third in deliveries among China's new car makers, saw its deliveries drop about 22 percent to 4,323 units in May compared to April.

This resulted in Li Auto's third position being overtaken by Neta, which delivered 4,508 units in May, up 551 percent year-on-year.

Li Auto released data Friday showing it delivered a record 7,713 Li ONE units in June. That's up 320.6 percent from a year ago and up 78.4 percent from May.

Neta's short-term goal is to sell more than 10,000 units a month, yicai.com quoted the company's CEO Zhang Yong as saying in June.

Judging from its current performance, Neta still has a long way to go to reach the goal of 10,000 units per month.

Join our Telegram group to be alerted the moment we publish an article: t.me/CnEVPost
#Deliveries#Neta#Neta Automobile
0
Comments (0)