NIO's flagship sedan, the ET7, is on its way to mass production and is expected to be delivered in the first quarter of next year. It will also have robots handling a large number of processes, as with other NIO models.

As part of preparations for the ET7's production, NIO has added more than 110 robots to its first factory, bringing the total number of robots at the plant to more than 800, Auto-Bit, a WeChat account that follows the automotive industry, said Wednesday. 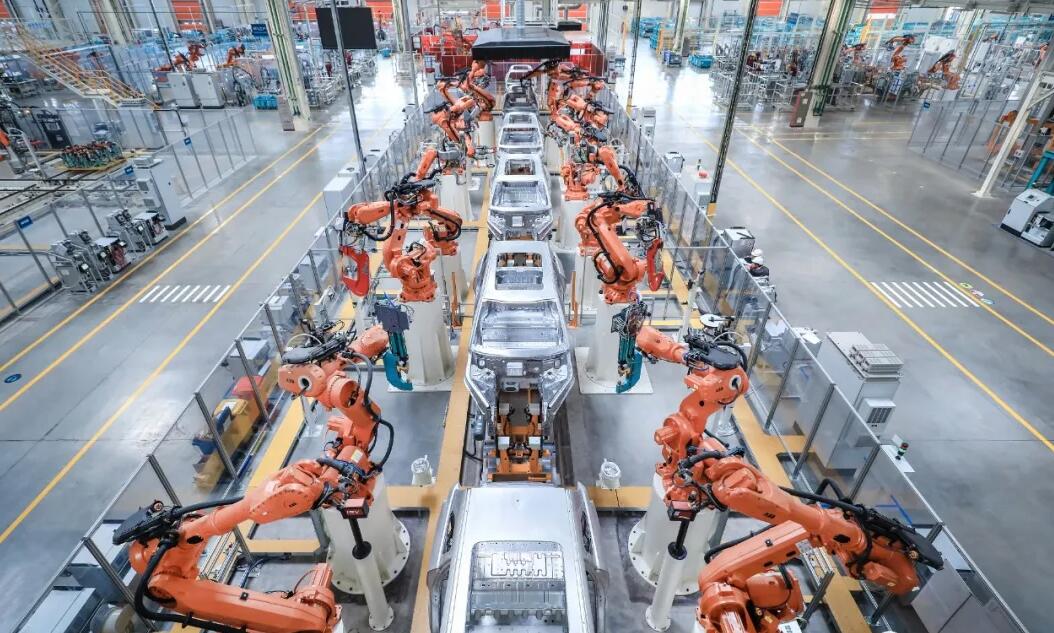 More robots will ensure a high standard of body squeeze accuracy, in addition to meeting the demand for capacity expansion, the report said.

To date, NIO's first plant has produced more than 100,000 vehicles, including the ES8, ES6, and EC6, and NIO's fourth vehicle, the ET7, will also be built there.

The plant, which opened in the second half of 2017, is located in Hefei, Anhui Province in central China and was built for NIO by JAC. CnEVPost was invited to visit the plant late last year and marveled at its high level of automation.

That capacity is roughly equivalent to the combined capacity of XPeng Motors' three plants in Guangzhou, Zhaoqing, and Wuhan, the report noted.

Construction is already underway on NIO's second plant to prepare for higher delivery demand in the future.

On June 10, William Li, founder, chairman, and CEO of NIO said that the construction of NIO's second factory in Neo Park, Hefei, has started and is scheduled to start production in the third quarter of next year.

"It's very fast, and I looked at it yesterday and the plant has already started building the structural part," Li said.

On April 29 this year, the Hefei municipal government and NIO jointly announced the official opening of Neo Park.

It is worth noting that the planned production capacity of Neo Park is not necessarily all provided to NIO, it will also bring in other companies.

But Li has said that if one day NIO grows fast enough to be able to use so much capacity, then it will be happy to do so.