Zeng, 52, has a net wealth of $43.9 billion, according to the Forbes Real-Time Billionaires List, making his debut in the top 30. 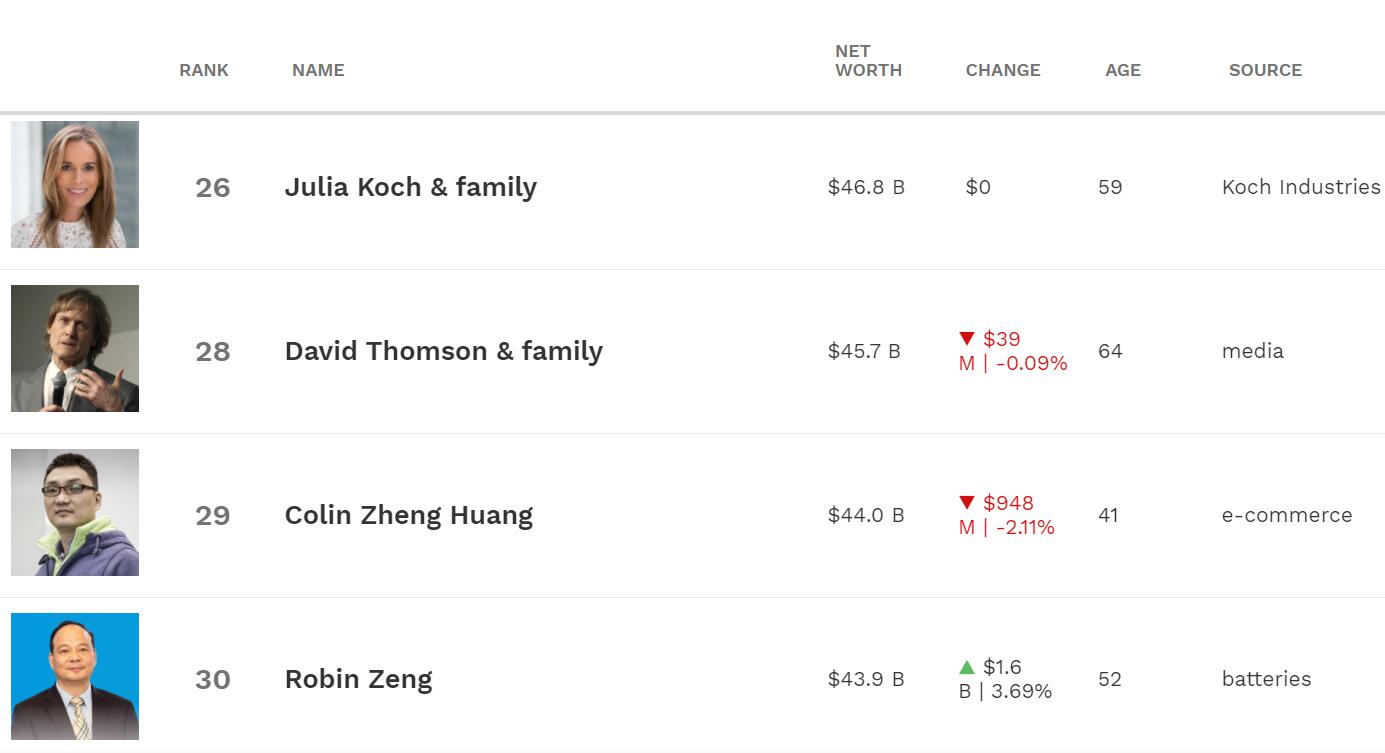 CATL shares touched RMB 500 ($77.5) for the first time on Monday and were up 3.71 percent by the close of trading. The company rose 4 percent to RMB 512 at the beginning of Tuesday's session, giving it a market cap of RMB 1.2 trillion.

CATL's market cap topped RMB 1 trillion for the first time on May 31. In the nearly month since then, CATL shares have risen about another 20 percent.

CATL was founded in 2011 and listed on ChiNext Index, China's NASDAQ-style board of growth enterprises, three years ago with a market capitalization of fewer than 50 billion yuan.

CATL's share price has risen since 2020 and is currently the highest market cap company on the ChiNext Index.

CATL is China's largest supplier of power batteries, with a long-term market share of about half in China.

CATL announced Monday that it has extended its battery supply agreement with Tesla, and China's top CICC said Tuesday that the latest agreement is stronger than the previous partnership, and it raised its earnings forecast for CATL and raised its price target by 9 percent to RMB 600, given that downstream demand has exceeded expectations.

The agreement is not restricted to the China market, meaning CATL will use the opportunity to match Tesla's global market supply as an opportunity to accelerate its products globally, the report said.