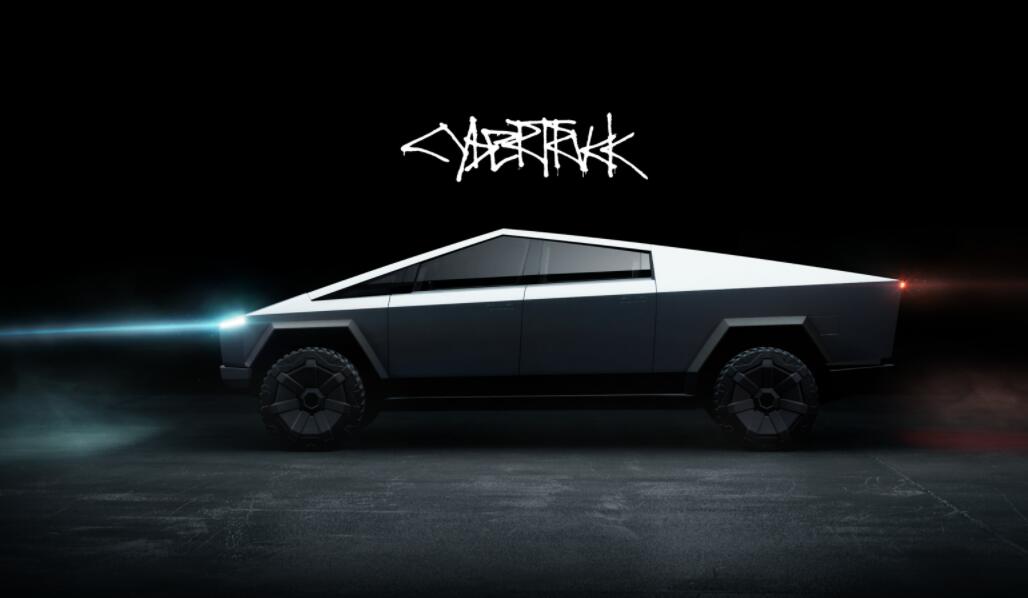 US electric car company Tesla has applied to register the trademark "CYBERTRUCK" for the international classification of means of transportation, according to data provider Qichacha.

The trademark was filed on May 18, and its status is currently pending. 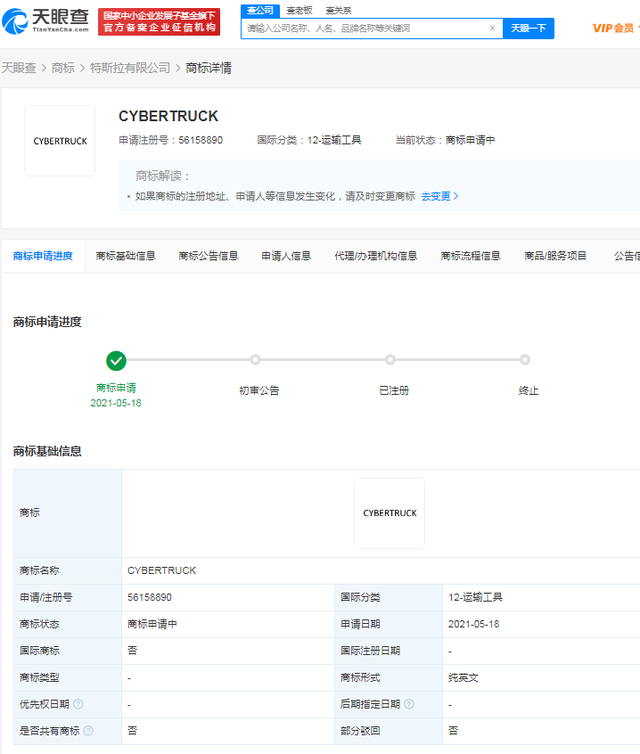 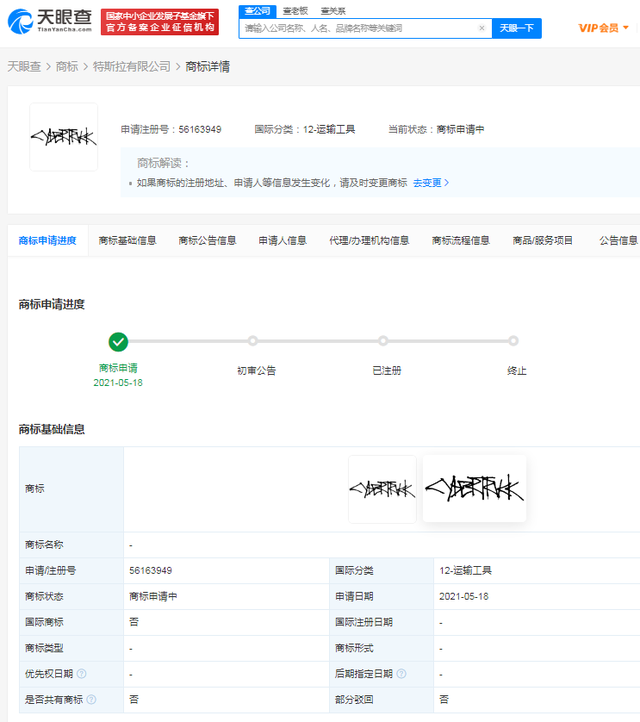 The Cybertruck, which debuts in late 2019, is Tesla's first electric pickup. Its unique design and leading-edge electrical specifications have left many in awe.

According to Tesla's previous plans, the Cybertruck is expected to be delivered in small quantities in 2021 and in full mass production in 2022.

The Cybertruck opened for pre-order on Tesla's China website in July last year, with an advance payment of RMB 1,000 ($157).

Although not yet available, according to media reports, the Tesla Cybertruck pickup has received 1 million orders as of May this year, and the new vehicle has been publicly unveiled at the Tesla Experience Center in New York.

Currently, the Cybertruck's main competitor will be the Ford F150 electric pickup, which has a huge ownership on the fuel version of the model. However, that will soon change.

Recently, Rivian Motors, which is six years younger than Tesla, said that deliveries of the R1T electric pickup, originally scheduled to begin in June, could be delayed until July, making it likely to be the fastest delivery of an electric pickup.

The R1T electric pickup has been available for pre-order since last November, and Rivian has signed a purchase contract with Amazon to produce 100,000 electric trucks for the e-commerce giant.