Shares of Chinese electric vehicle company NIO have risen more than 20% in the past half month after months of correction. In Citi analysts' view, the time has come for long-term investors to buy.

In a research report sent to investors on Tuesday, Citi analyst Jeff Chung raised his rating on NIO from Neutral to Buy and raised his price target for NIO slightly from $57.6 to $58.3.

Citi's price target implies the bank sees 51% upside for NIO shares, which were closed at $38.62 as of Friday.

As for why they raised their rating on NIO, Chung said they sense a strong demand recovery in China's new energy vehicle market after the Shanghai auto show in late April and expect NIO's new orders in May-June to be 20-30 percent higher than the monthly average for the peak season in the fourth quarter of 2020.

"After the recent stock price correction from the peak in 4Q20, we believe this is a good re-entry point for the long-term investors, given the ongoing re-rating catalysts," the analyst said.

The analyst expects NIO to further gain market share from other local joint venture brands with a slower than expected ramp-up pace in China.

Notably, the chip shortage has been a major factor weighing on the valuations of global car companies over the past few months, and the fire at Japan's Renesas Electronics Corp plant has added to its woes. Now, the plant's capacity is not far from full recovery.

Renesas said Tuesday that the chip plant damaged by the fire in March is expected to return to 100 percent capacity around mid-June as the last batch of replacement equipment is installed.

By the end of May, the company's plant in Naka, eastern Japan, had returned to about 88 percent of its pre-fire capacity, the company said in a statement.

In a research note last week, top Chinese investment bank CICC said that chip supply bottlenecks weighing on sales performance and higher raw material prices weighing on earnings are two of the core concerns investors have about the auto industry.

But the good news is that the team believes that moving forward, both of these major concerns are improving at the margin, and that the share price pullback has priced in the pressure.

Earlier today, NIO said it delivered 6,711 vehicles in May, up 95.3 percent from a year ago but down 5.5 percent from April.

NIO stocks went up by about 3 percent in pre-market trading on Tuesday. 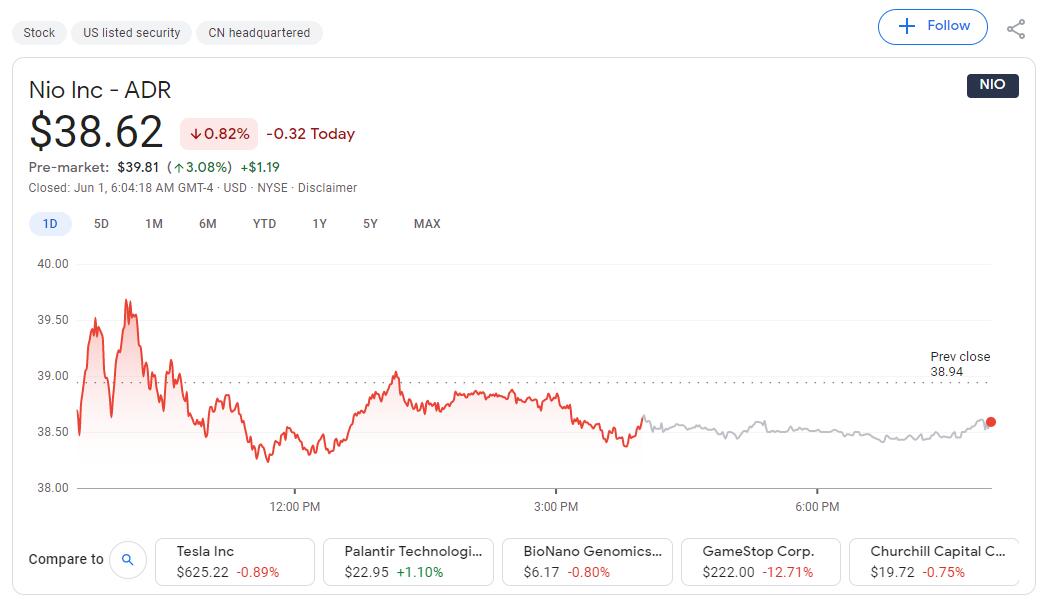