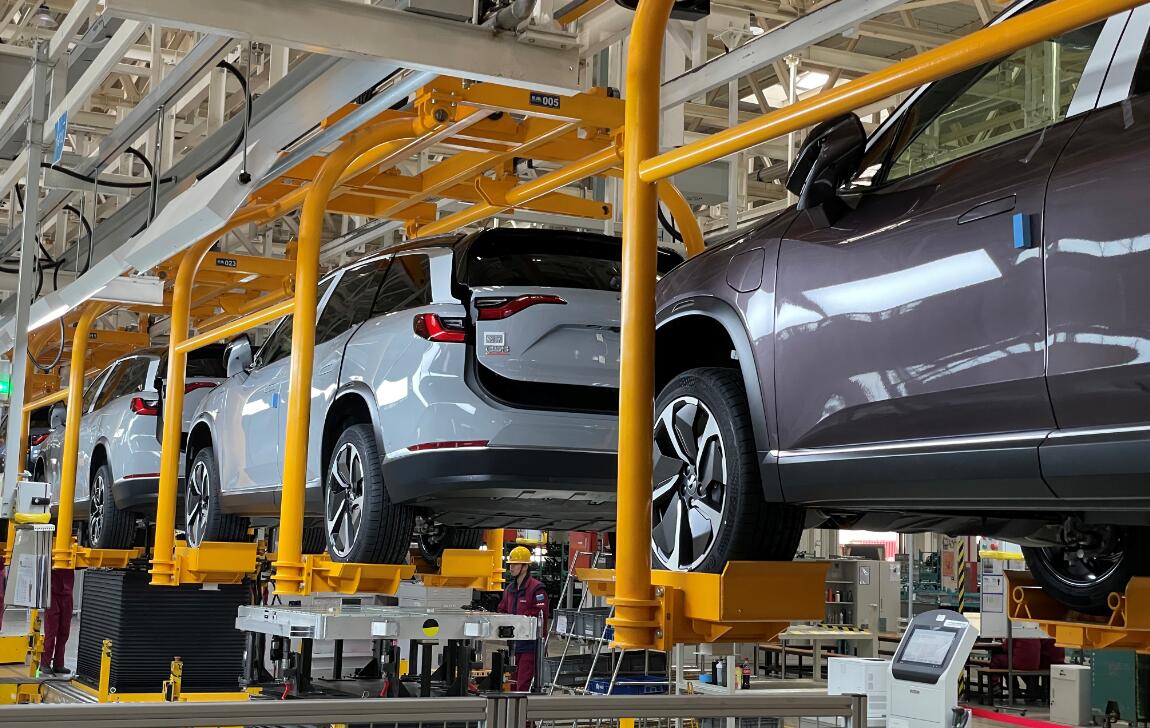 Last December, CnEVPost paid a site visit to NIO's manufacturing base in Hefei and marveled at its high level of automation. Now, the state-owned media Xinhua News Agency has also made a site visit to the place and published their views.

In the article published on Tuesday, the title of which can be translated as "The future is here - A visit to NIO," Xinhua's reporter said that the new car makers, including NIO, are the center of attention in the capital market and are competing closely with world-class car companies, so they want to know "what kind of future will they take us to?"

The article said that at an NIO Center in Hefei, there are no price tags or overly enthusiastic salespeople, and everything is very different from what you would expect at a 4S dealership for a car brand with a market capitalization of more than RMB 100 billion.

The article mentioned that here, the journalist's years of experience in negotiating car purchases with salespeople seemed to be unable to come in handy. "The staff said that the average price of NIO cars is more than RMB 400,000, and it has sold more than 100,000 units in less than three years since its launch, with sales exceeding demand."

Buying a car can be done online with confidence and without fear of being charged by middlemen, which is a direct change brought to the auto industry by the Internet, the article said.

While traditional car companies make money from the annoyance of car owners such as repair services, NIO is taking a different approach to generating revenue from improving the performance of cars and creating a cordial user community. "The emphasis on the owner's emotional experience and even more on innovative technology is the new impression that NIO brings," the article said.

The journalist test-drove an NIO ES8, saying that in automatic assisted driving mode, the car can provide appropriate feedback on a range of road conditions. "Driver operation can be done by voice command or by tapping the center screen, and the whole process is easy and enjoyable."

"The automotive industry is no longer about 'horsepower' but about 'computing power', and this is a glimpse of the future that the reporter felt at NIO," the article said.

In the manufacturing workshop of NIO, the production processes of stamping, painting and final assembly are almost fully automatic. The reporter noted that the automation of NIO is comparable to the BMW China factory he visited.

The relevant data is also verifying the Chinese car company's sense of technology, with NIO already holding more than 4,200 patents, the article said.

Regarding the convenience of charging, the article mentioned that NIO's battery swap station allows users to change the battery for their cars just like they used to change their cell phone batteries.