BYD to ship 1,500 Tang EVs to Norway within the year 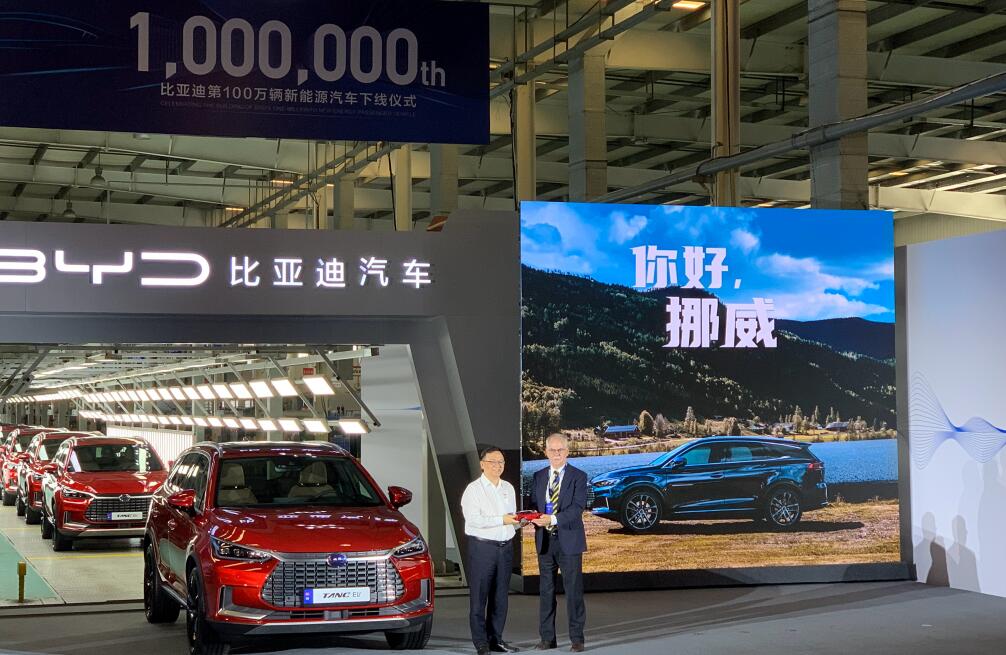 Warren Buffett-backed Chinese electric car company BYD announced in early March that the 2021 BYD Tang, an SUV powered by blade batteries, will be sold in the Norwegian market, and now the company has provided more details.

BYD saw its one millionth new energy vehicle roll off the production line Wednesday, and its chairman Wang Chuanfu said the company's internationalization strategy continues to gain speed, with 1,500 Tang EVs with blade batteries set to be shipped to Norway this year.

On June 30 last year, BYD Europe announced that it would launch the BYD Tang EV pure electric SUV for the local market together with its dealer partner RSA in Norway.

BYD said at the time that the vehicle would go into production in November 2020 and was expected to be delivered in Norway in January 2021. However, this move has subsequently been delayed.

On March 1, BYD Europe's website announced product details of the 2021 BYD Tang and the vehicle's entry into the Norwegian market for sale.

BYD brings its flagship SUV with blade battery to Norway

The car is targeted at the family market and features a large seven-seat interior and a high-end interior with a panoramic sunroof and OTA upgrades.

Despite the delay in the release of several new models due to Covid-19, Norway's share of electric vehicle sales in 2020 is a record 54.3 percent.

This is up from 42.4 percent in 2019 and up from 1 percent a decade ago, making Norway the first country in the world to sell more than 50 percent of its annual electric vehicle sales.

In addition to BYD, XPeng Motors has shipped 100 XPeng G3i SUVs to Norway in September 2020.

On May 6, NIO announced that the company's flagship SUV, the ES8, will be its first export to Norway, and it will begin deliveries in September.

The NIO ET7, the company's flagship sedan that has not yet begun deliveries in China, will be exported to Norway in 2022.

The NIO ES6 and EC6, the company's lower-priced SUVs, are not on the first available list, but the company says they will also be exported to Norway in the future.

NIO will establish its sales and service network directly in Norway, and the first NIO House outside of China will be officially opened in the third quarter at Karl Johans Gate, Oslo's business and cultural center.