In a month where Tesla's image in China was severely tarnished, the company's sales declined.

Tesla China sold 25,845 units in April, down 27 percent from 35,478 units in March and up 611 percent from 3,635 units a year earlier, data released Tuesday by the China Passenger Car Association (CPCA) showed. 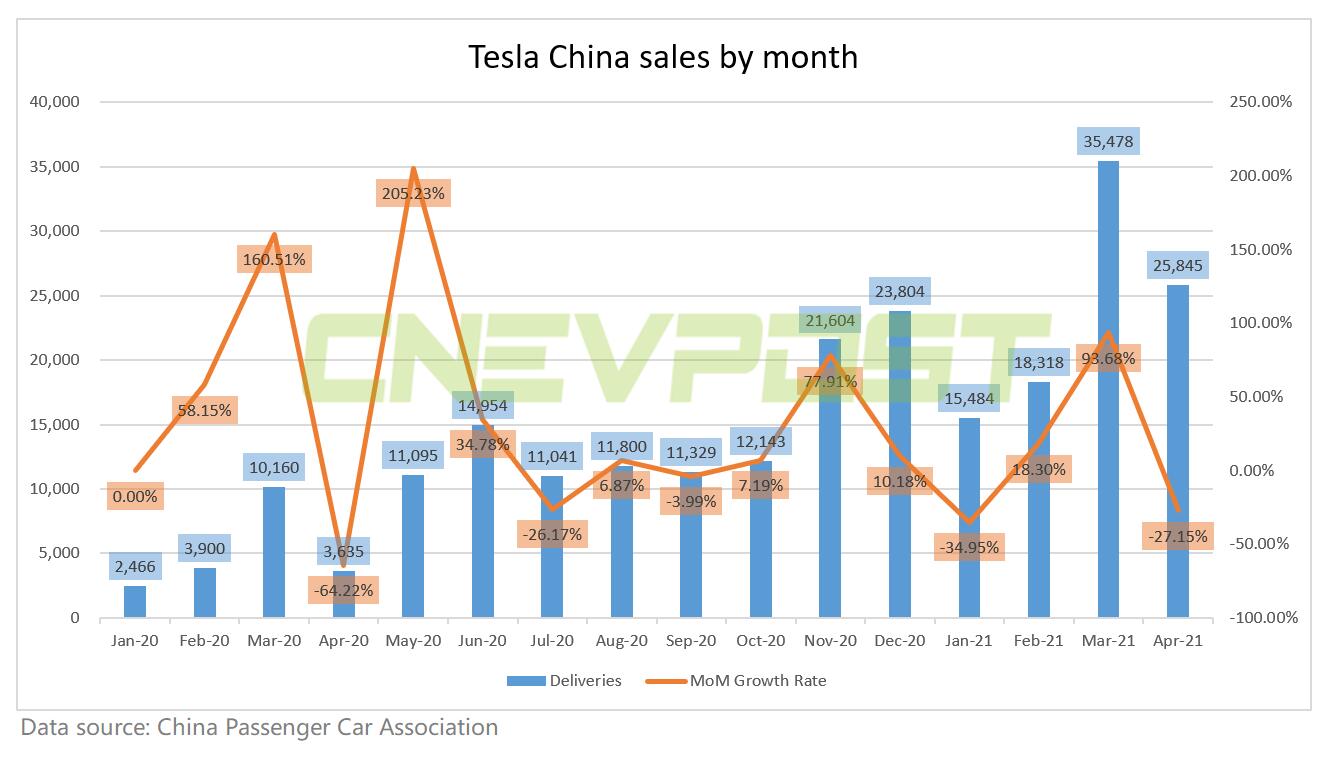 According to yicai.com, the Model Y production line at Tesla's Shanghai Gigafactory had been shut down for two weeks in April for equipment upgrade, and sales fluctuated as a result.

That means Tesla sold just 11,671 vehicles in China in April, a decline of nearly 50 percent from the January-March average of about 23,000 deliveries, Time News reported.

Regarding the change in Tesla's sales, the CPCA's Secretary-General Cui Dongshu told Time News on May 11 that seasonal downturn was a factor in the sales decline, "plus the beginning of the quarter (sales) are usually low as well."

Retail sales of new energy passenger vehicles in China reached 163,000 units in April, up 192.8 percent year-on-year and down 12 percent from March, according to the CPCA.

By comparison, Tesla's Chinese competitor, NIO, reported earlier in the month that it delivered 7,102 vehicles in April, down 2 percent from March and up 125.1 percent from a year earlier.

XPeng Motors delivered 5,147 units in April, up 0.88% from 5,102 units in March. Compared to the same month last year, XPeng's deliveries were up 285 percent, marking the 10th consecutive month of year-over-year growth of more than 100 percent.