In a research note sent to clients on May 11, Deutsche Bank analyst Edison Yu's team lowered their price target on XPeng by $5 to $43 to reflect a broader re-rating of electric vehicle stocks this year. 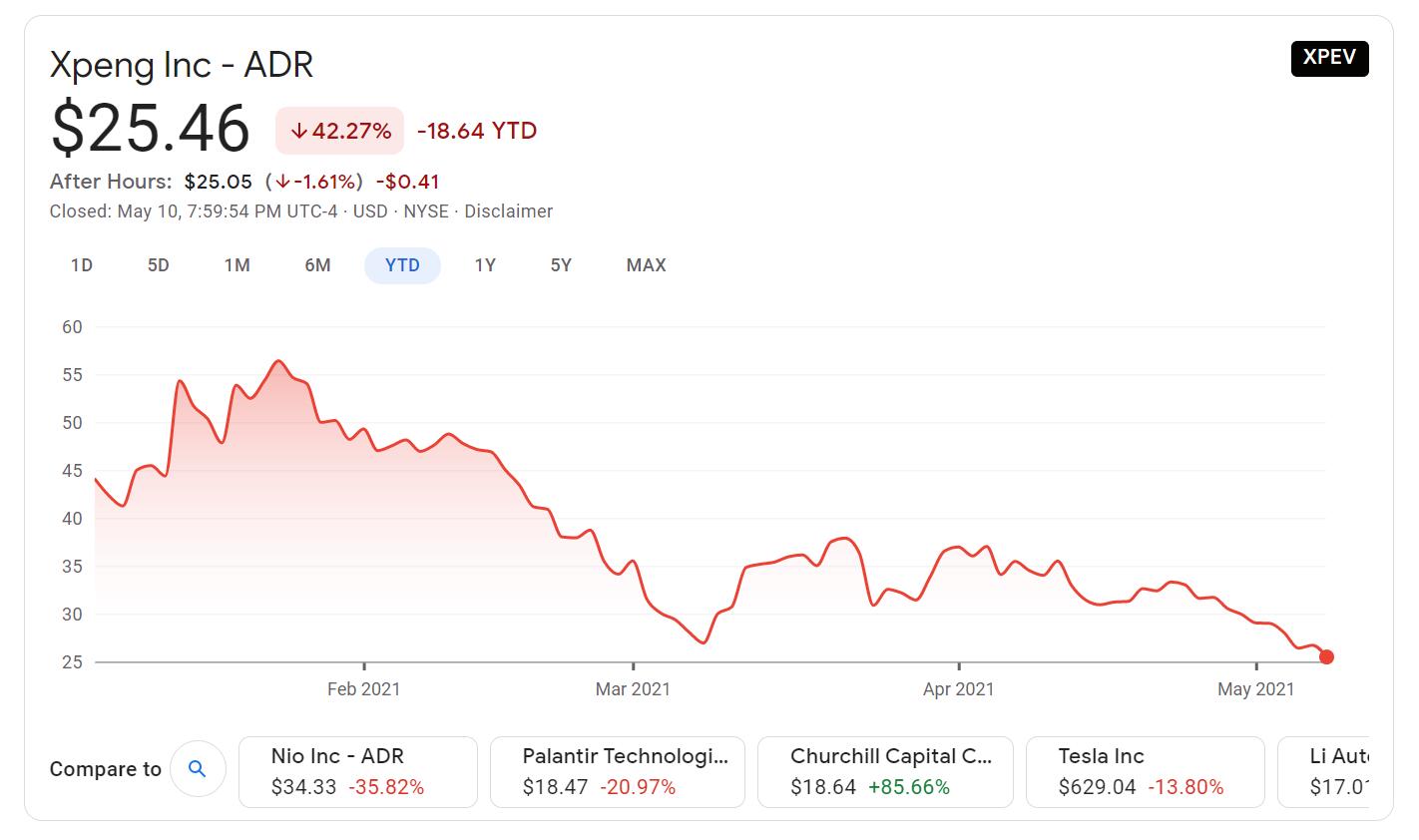 For Chinese electric vehicle stocks in particular, their weakness was largely driven by concerns about competition, the team said.

The China EV market is already the most competitive in the world and the number of well-funded players seems to increase every week with essentially every major technology company now planning to build at least some part of the electric vehicle.

Ultimately, we believe the majority of efforts from start-ups will fail and many legacy automakers will become irrelevant, but in the process of getting to the endgame of a much more consolidated market, we will witness several years of creative destruction where the winners will have to constantly innovate to maintain their position.

Similar to the smartphone market, this will enable the top Chinese EV companies to compete at a global level and be much more dominant than they could ever be during the internal combustion era.

XPeng will report unaudited earnings for the first quarter on Thursday, May 13, before the US stock market opens.

The company's first-quarter deliveries were 13,340 units, up from 12,964 in the fourth quarter and higher than the Wall Street consensus estimate of 12,500, according to previously announced figures.

The team expects XPeng to report revenue of RMB 2.87 billion for the first quarter, in line with market consensus.

They also expect XPeng's gross margin to be 10.1% in the first quarter, above the low 9% range of market consensus. The team expects XPeng's vehicle margin to be 9.7%, up 2.9 percentage points from the fourth quarter.

Based on this, Yu's team expects XPeng's EPS to be RMB 1.13 for the first quarter, compared to the market consensus of RMB1.14.

For the second-quarter outlook, the team expects XPeng management to likely guide for approximately 16,000 deliveries and RMB 3.3 billion – RMB 3.5 billion in revenue.