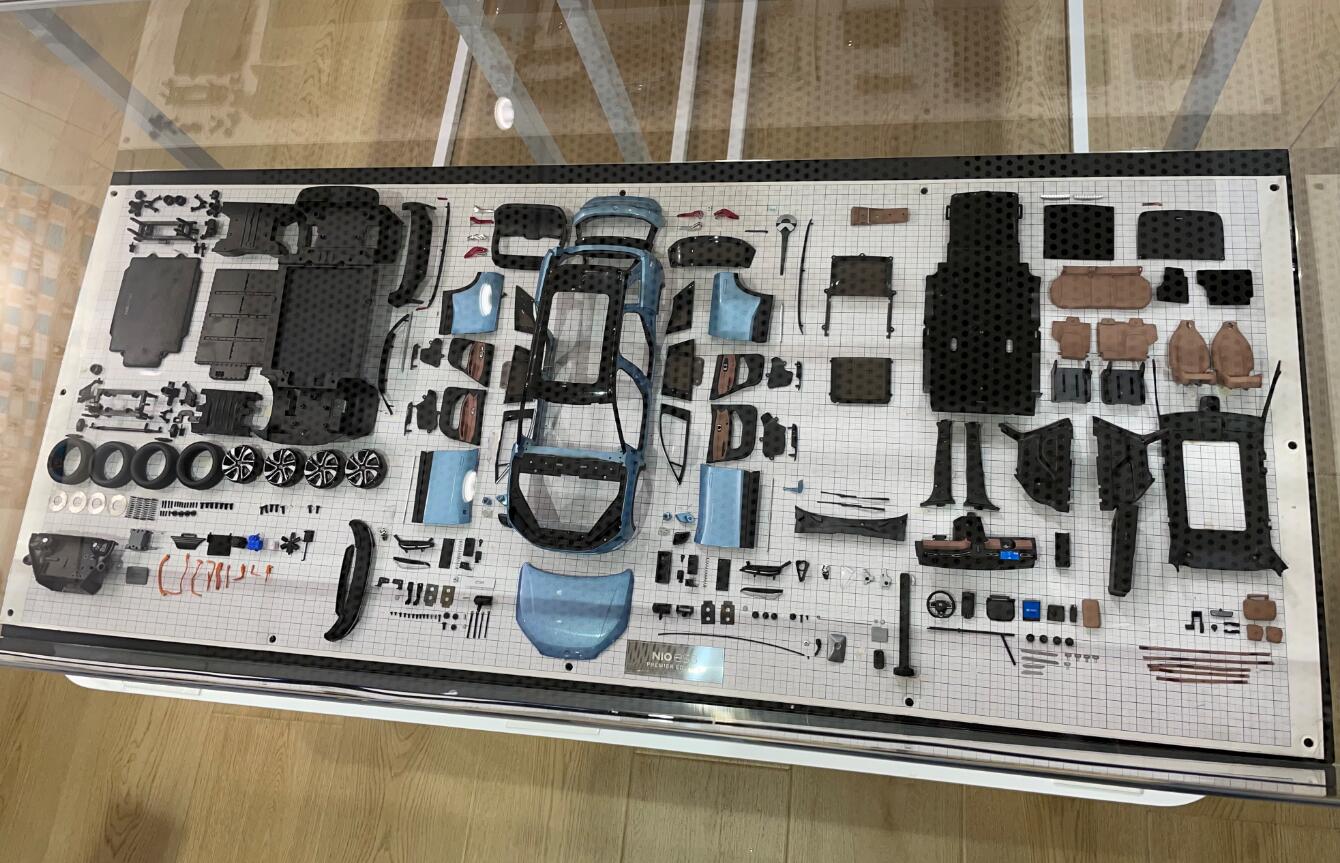 (A disassembled model of the NIO ES8. Source: CnEVPost)

Chinese Internet giants, including Baidu and Xiaomi, have announced their entry into the EV industry, and Chinese state-owned media People's Daily analyzed the reasons behind this in an April 29 report.

Despite the large capital investment, long production cycles, and technical challenges of building cars, Internet companies have advantages in terms of software, the report said.

Baidu said it has a complete chain of ecological technology, which can better play the technical advantages and software advantages.

Xiaomi CEO Lei Jun said the company has the industry's richest experience in integrating software and hardware, a large accumulation of key technologies, and the industry's largest and most actively connected mature smart ecology, as well as ample cash reserves.

In addition, electric vehicles are considered to be the biggest opportunity in the next decade due to their momentum, broad market prospects, and strong policy support in China.

Lei said smart electric vehicles are the broadest development path for the next decade and are an integral and key component of the smart ecology.

Baidu said smart cars are an important way for artificial intelligence technology to land and benefit society, while there is a broad space of commercial value.

By 2020, China had sold more than 5.5 million new energy vehicles, ranking first in the world for six consecutive years. From January to March this year, China's new energy vehicle sales were 515,000 units, up 2.8 times year-on-year.

The China Association of Automobile Manufacturers predicts that the production and sales of new energy vehicles in China will exceed 1.8 million units this year.

The Chinese government's plan calls for new energy vehicle sales to reach 20 percent of total vehicle sales in 2025, while the figure is only 5.8 percent in 2020.

China has introduced a series of support policies in recent years, covering charging prices, and charging facility construction. By the end of 2020, public charging piles in China had reached 807,300 units.