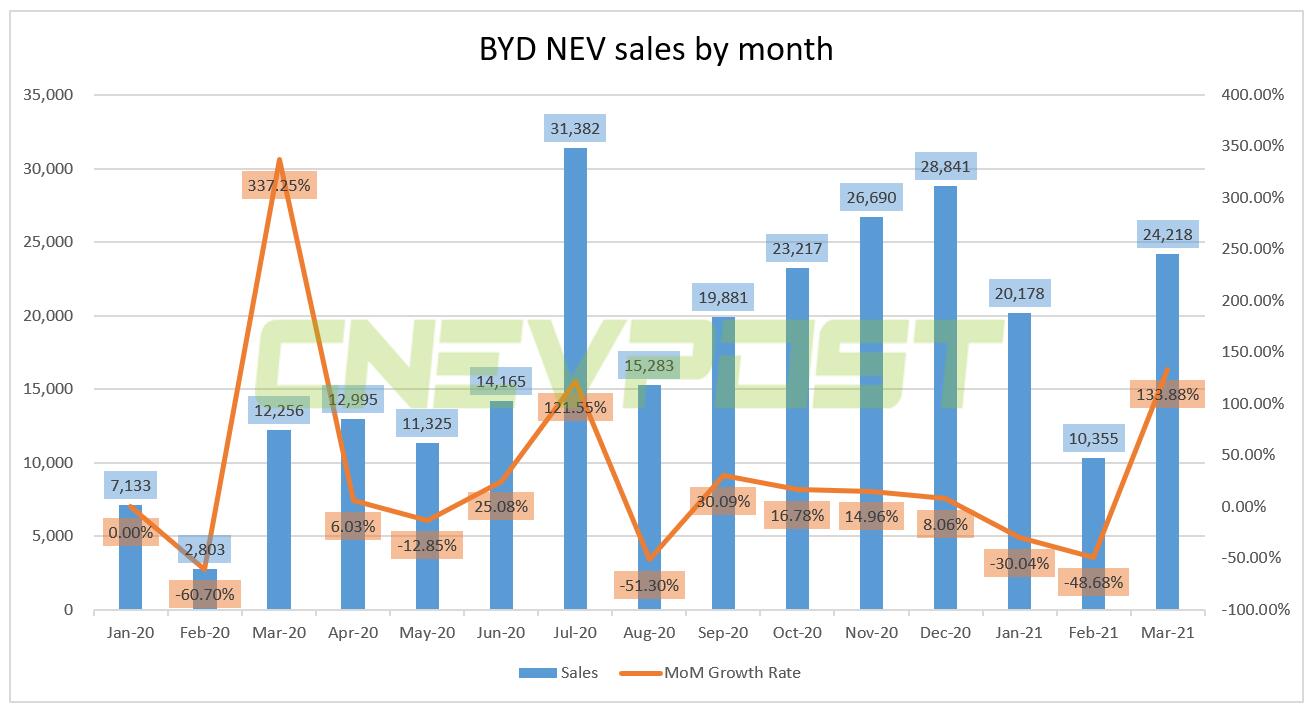 BYD's cumulative new energy vehicle sales from January to March were 54,751 units, an increase of 146.72% year-on-year, data released by the company showed.

BYD said it will hold a new car launch in Chongqing on Wednesday.

The company has already released the Qin Plus DMi, Song Plus DMi, and Yuan Pro this year.

BYD is expected to release the Qin Plus EV, Song Pro, and the 2021 Tang EV, all with its signature blade battery.