Shares of Chinese electric carmaker NIO plunged 13 percent Tuesday after reporting a disappointing loss per ADS, bringing its decline to about 27 percent in the past three weeks.

But in the view of analysts at Deutsche Bank, led by Edison Yu, NIO's revenue in the fourth quarter was largely in line with expectations and its guidance for the first quarter was impressive, while sales could start overseas during the year.

The team raised its full-year sales estimate for NIO by 6,000 units to 96,000 units. They also reiterated their $70 price target on NIO and see the recent stock weakness as a buying opportunity.

NIO fell 13 percent to $43.29 on Tuesday as US stocks suffered a broad sell-off, with the tech-heavy Nasdaq Composite Index down 1.69 percent. 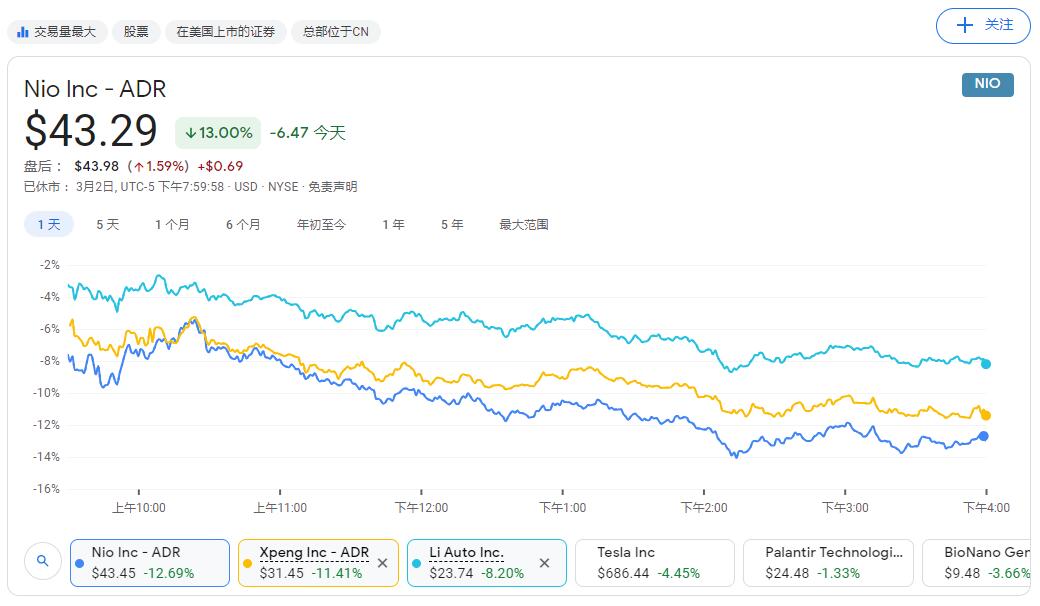 The adjusted loss per ADS for the fourth quarter was RMB 0.93, widening 25.6% from the previous quarter and higher than Wall Street's median expectations of a loss of RMB 0.45.

Yu's team believes that this reflects growing awareness and appreciation of its aspirational brand and ecosystem, putting NIO on track to be a market leader in the China premium segment.

March would be implied to come in around ~7,500 (record high selling month), suggesting little to no impact on demand from the Tesla MIC Model Y introduction thus far. We also note NIO's February sales declined only about >20% QoQ whereas XPeng/Li Auto saw much larger declines (XPEV >60%), illustrating the strength of NIO's order book and execution.

Beyond the first quarter, NIO indicated it can already increase capacity at the plant to 10k/month but is limited to 7.5k by the semis shortage and battery pack production (larger, more expensive 100 kWh demand is 2-3x higher than initially expected).

Therefore, it believes it can achieve 10k run-rate in 2H21 likely July and then reach 150k per year (on 1 shift, 300k on 2 shifts) in 1Q22 in anticipation of the ET7 launch. Assuming demand continues to be robust, this would suggest 2H deliveries could potentially be as high 60k should NIO be able to run at full capacity.

"We think 100k is achievable for 2021E but would like to get more clarity about the semis/battery pack shortage and demand trajectory before giving NIO credit for that. Separately, we highlight that NIO reached a 55% BaaS take rate on orders last month, up from 35% in November," they wrote.

NIO made an attempt a few years ago, for example, with Guangzhou Auto Group and Changan Automobile to aim for the mass market. "Currently, we have reduced our share ratio from 45 percent to 5 percent in the companies," he said.

"We are actively looking at ways to enter the market dominated by Volkswagen more aggressively but this is a long-term strategy for us," Li stated..

NIO's sales in Europe are expected to begin later this year, likely starting in Norway and few investors give NIO any credit for success there, the team said.

Yu's team said with $6.5bn in cash on the balance sheet exiting 2020 and ample access to bank credit lines, the company can invest aggressively to expand its capacity /service network and improve its autonomous driving software/engineering capabilities. "We maintain our $70 price target, still based on 10x 2023E EV/Sales." 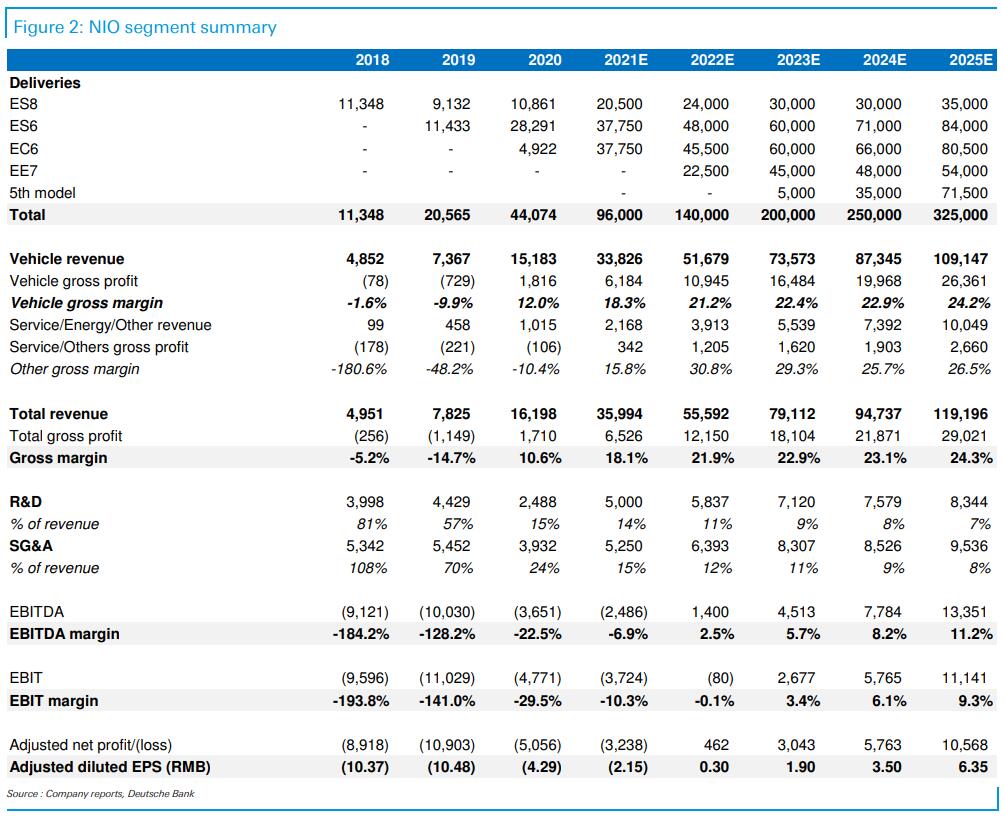