Robin Li, CEO of Chinese search engine giant Baidu, has called for further policy support for the commercialization of autonomous driving and the spread of intelligent transportation to accelerate the achievement of the carbon peak in the transportation sector.

Li made the suggestion in a prepared proposal to be presented to China's upcoming two sessions, the annual meetings of China's top legislature and top political advisory body.

Li suggested that policymakers should further increase policy innovation at the national level to pave the way for the legalization of large-scale, commercialized autonomous driving.

He believes that a mechanism should be established to promote the commercialization of autonomous driving with the participation of government, industry, and academia at all levels.

In the field of intelligent transportation in China, Baidu's Apollo, released in 2017, is a pioneer and is conducting open-road driverless tests in Beijing, Changsha, and California.

To date, the Apollo self-driving test fleet size has exceeded 500 vehicles, with 2,900 patents obtained and a total of over 7 million kilometers tested.

Apollo has also made a significant contribution to Baidu's revaluation, with UBS putting Apollo's valuation at one-third of Waymo's $30 billion. Goldman Sachs, for its part, has put a $20 billion valuation on Apollo.

Baidu shares were up about 140% in the past six months. 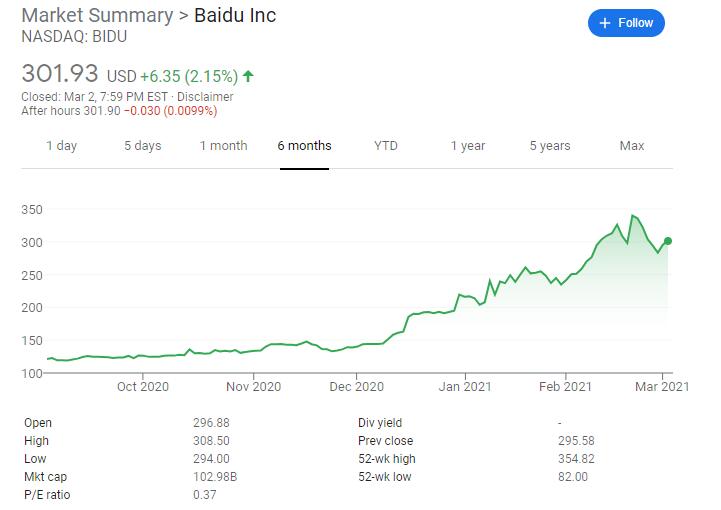